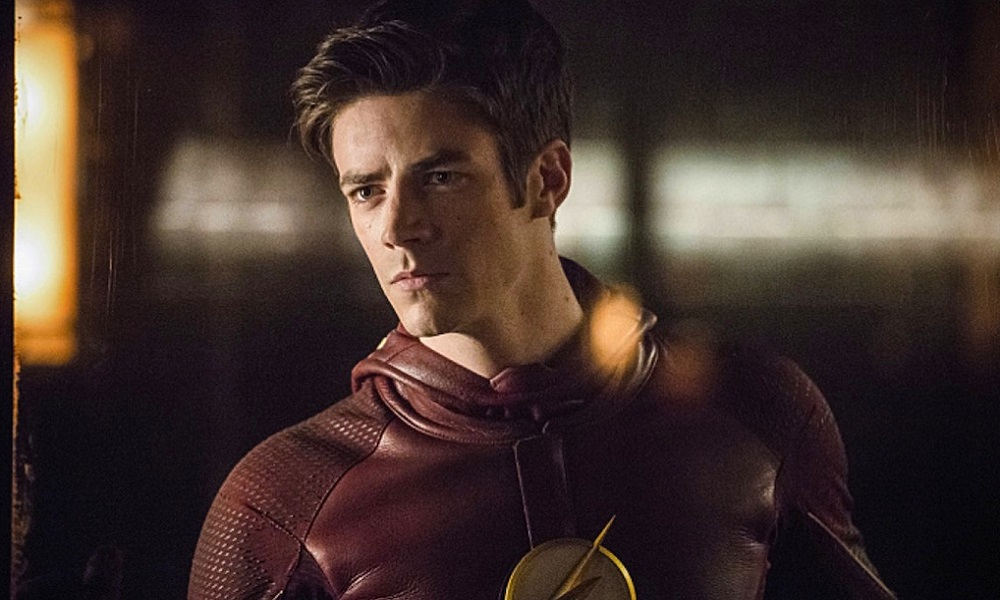 After last week’s episode which might have been the best of the series to date, you knew it would be hard for part 2 to reach the same level…and it didn’t. But that said it was still a fine episode. Last week’s threw everything at us…a ton of Earth-2 counterparts and the deaths of three of them (Deathstorm, Reverb, and Joe West). This week’s relied more on story and less on surprises.

The Flash has been captured by Zoom and is being held in a containment cell along with Wells’ daughter Jessie, and a mysterious man in a metal mask who communicates with Barry by tapping on the glass of his cell. He spells out JAY, referring to Jay Garrick but who he is and what his connection is to Jay remains a mystery. This leaves Wells, Cisco, and the Earth-2 Barry and Iris to try and rescue the Flash. They enlist the aid of Killer Frost to find Zoom’s hidden lair and attempt to free The Flash and get back through the portal.

On Earth-1, The Jay and Caitlin are dealing with Geomancer. Caitlin perfects Velocity-9 which not only gives Jay back his speed but also heals his damaged cells. Before being defeated, Geomancer damages S.T.A.R. Labs making the breach to Earth-2 unstable. Jay and Joe must fix the breach so Barry, Cisco, Wells, and Jessie can make it through.

Zoom is as badass a supervillain as we have ever seen in a comic book based TV show. Period! He is just plain ruthless as evidenced by the severe beating he gives Barry inside the containment cell, fully showing off his superior powers. It was tough watching Barry so completely helpless. Danielle Panabaker was again outstanding as Killer Frost, showing even more depth of character as she fought her allegiance to Zoom with her love for Ronnie Raymond whom Zoom killed last week. The introduction of Velocity-9, and Jessie now being on Earth-1 sets the stage for her to take on the mantle of yet another speedster, Jessie Quick.

A couple of things didn’t work for me, however. Geomancer was a throwaway villain and completely one-dimensional. He was there solely to give Jay the chance to regain his powers and play hero again. I just wish Jay regained his powers with a little more of a dramatic flourish rather than handlings a two-bit villain. Also this week we had Iris meet her new, demanding editor who seems less than enthused about superheroes. J. Jonah Jameson wannabe? No thanks.

All in all this was a wonderful two-part story and it seems like we will be getting a little bit of a break from Zoom for now.