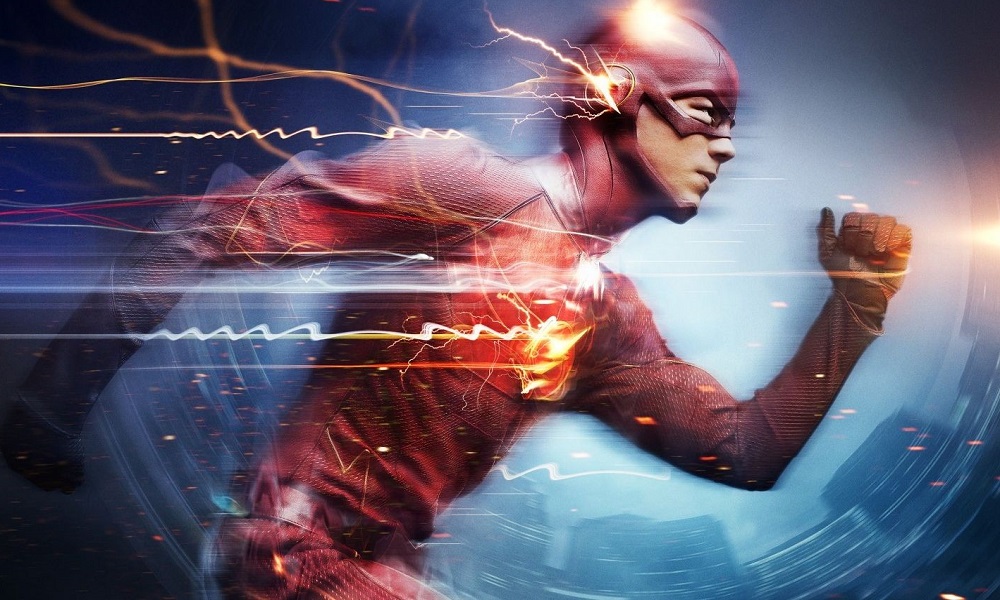 When we last saw the Flash in the Season 1 finale, he was making a desperate bid to save Central City from a black hole that had opened above the city.  The Season 2 premiere picks up not at that point but rather six months later.  Through a flashback sequence we see that The Flash and Firestorm managed to extinguish the singularity, but at the apparent cost of Ronnie Raymond’s life.  Since then, S.T.A.R. Labs has been abandoned, Caitlin Snow has gone on to work at Mercury Labs with Dr. Tina McGee (from the 1990s Flash TV series); Cisco is working as a science consultant for the Central City Police Department; and Barry is being the lone wolf, fighting crime and unwilling to risk anymore of his friend’s lives. 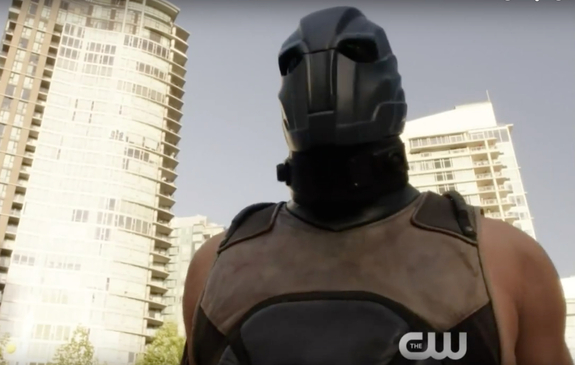 At a celebration to honor the Flash for saving the city, he is attacked by a new super-powered villain who can increase his size and strength by absorbing radiation.  Professor Stein dubs him (much to Cisco’s chagrin) Atom Smasher, whose real name is Al Rothstein.   Rothstein (In the comics) is the Godson of Al Pratt, the Golden Age Atom.  Rothstein originally took the name Nuklon as a member of the super team Infinity, Inc.  You might remember him and his silly 1980’s Mohawk hair style. He would later change his name To Atom Smasher as a member of both the Justice League and Justice Society.

As usual, Barry’s first encounter with a new villain goes poorly and the rest of his friends (Joe, Cisco, Iris, Caitin, and Professor Stein) insist that they be able to help Barry in his efforts.  Barry has been left S.T.A.R. Labs by Harrison Wells in his will and learns that Wells has a recording for him to view on a USB drive.  Barry at first is reluctant to view the video but when he does he is startled to learn that Wells provides a full confession for killing his mother 15 years earlier.  The confession finally allows Barry’s father to be released from prison.  After defeating Atom Smasher (played by former WWE wrestler Adam “Edge” Copeland), Barry learns that the villain was sent to kill him by someone named “Zoom.”  And again going back to our DC Comics lore, Zoom was another of the villains to take the guise of Reverse Flash.  As the team celebrates the defeat of the villain and once again joining forces, the elation is interrupted by the arrival of a mystery man who identifies himself as Jay Garrick!

So while last season left off with a cliffhanger, the writers, wisely I think, decided to resolve the issue with the black hole through a relatively short flashback sequence.  It was an interesting tactic to deal with the aftermath rather than the event itself.  The sense of grief over the loss of Ronnie is still there but the edge has been taken off.  Barry is in a bit of a dark place, still blaming himself and trying to atone by rebuilding the city.  On the other hand, Cisco and Joe was a bright spot and have such fantastic chemistry together.  There is a running gag about Cisco wanting badly to get a police department badge as he builds all sorts of new gadgets to help the department battle meta-humans.

Atom Smasher unfortunately appears to be little more than another throwaway villain.  Perhaps they will bring him back from his apparent death but if not it’s a character with ties to the Golden Age that was wasted.  Adam Copeland always seemed a bit wooden in his wrestling promos and fortunately he’s not given too many lines to stumble through.  While I am geeked to see Jay Garrick, the original Flash make an appearance, his debut lacked the dramatic flair you would hope to get.  Next week’s episode is entitled “Flash of Two Worlds” which was the same title as the landmark Flash #123 (1961) which first introduced the concept of parallel worlds and heroes in the DC Universe.