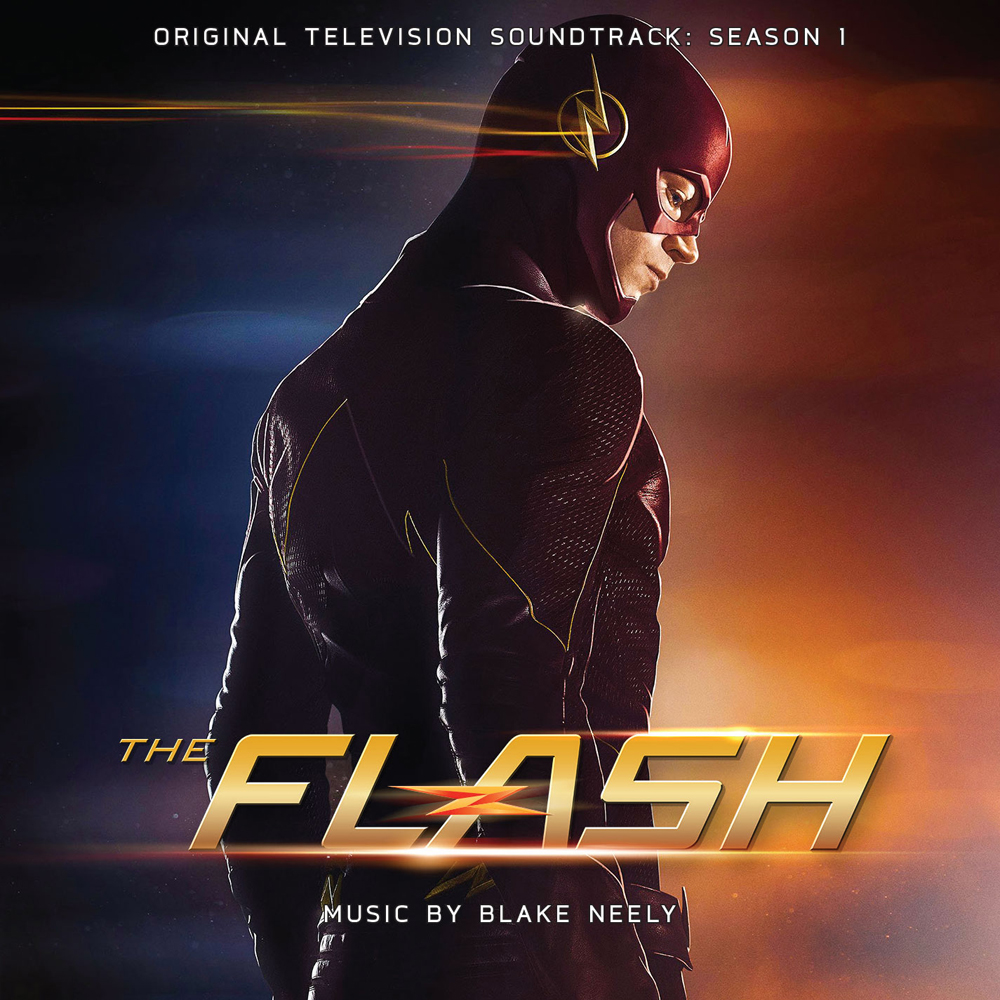 To illustrate that I am a fan of The Flash, I will reveal to you that I have the complete series on DVD and the soundtrack released by LA-LA Land Records (order it here). Danny Elfman’s theme is incredible, but it is Shirley Walker’s score that keeps the heart of the series pumping with mood, comedy and thrills. So when The CW announced that The Flash would return to television, I was skeptic and optimistically cautious. A season and some change worth of episodes and I am  definitely a fan of this new incarnation of the Scarlet Speedster. One of the reasons, and there are several, for the series success is Blake Neely’s music. In their typical fashion, LA-LA Land Records has released a soundtrack for the first season of The Flash. However, it doesn’t stop running there.

All superheroes should have a theme. John Williams nailed it with his “Theme from Superman (Main Title)”. He really made you believe a man could fly. It must be a daunting task to get the gig for a superhero property and know that everyone will hold your music to that Williams’ standard. When I heard first Neely’s theme/ opening title (Disc 1, Track #1) music for The Flash, I liked it. To hear it now, after having his full score for the first season at my disposal, I love it. It really sums up the character of  The Flash. Here is a man who didn’t ask for these abilities, yet knows that this gift has to be used for the greater good. Neely hits us with an opening chorus that lets us know that a hero is about to walk through the door. Then, in a flash, we are speeding away on our adventure. This is a tale of a hero and that chorus surfaces again and again whenever Barry does something unbelievable.

As I said, this theme, “The Fastest Man Alive” (Disc 1, Track #1), runs throughout Neely’s score for the series. What is surprising is how he can bring it down for the softer moments. That is always a good sign that the composer knows what he is doing. Listen to “Best Friends Since Childhood” (Disc 1, Track #2) to hear this done for Iris and Barry.

All heroes need a great villain to challenge them. The first season of The Flash brought us Harrison Wells, aka The Reverse Flash. The show runners of the series revealed in the pilot that Wells has secrets. He is shown as a mentor to Barry, but his dark underlined secrets linger here. “Dr. Wells Has Secrets” (Disc 1, Track #4) never really tips its hat that Wells is the bad guy. Instead we are givien a scientific piece of music shrouded in mystery. Perfect for this character that wasn’t all bad, or was he? The Reverse Flash’s music in “Catch Me If You Can” (Disc 1, Track 19) floored me, because I thought the back and fourth paddling was actually a sound effect for the character, not a piece of the score. For me, it is as if The Reverse Flash is moving too fast. This tiny piece of music is scattered through the soundtrack, when it pertains to the Reverse Flash, and has become synonymous with the character.

There are several more fine pieces to to this score. I am amazed at how many call out particular moments from Season 1. “Grodd Lives”, Martin Stein and Firestorm”, “Tricksters” and “Closing the Wormhole” are all must listen to tracks. 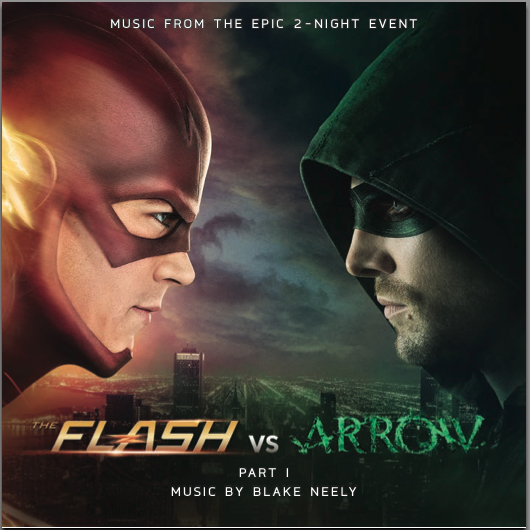 LA-LA Land added a bonus disc to the first season score of The Flash. They included music from The Flash vs. Arrow crossover in the first 15 tracks on this disc. Here you can hear “The Flash vs. Arrow” (Disc 2, Track #12) play out. Thankfully, Neely is also the composer for The CW’s Arrow and the blending of these two separate and distinct themes meshes together perfectly. This is very much in the vein of a Doctor Who episode soundtrack with no note left out.

We are not done yet, as there is still more from LA-LA Land to hear. The final 15 tracks are all bonus exclusive tracks that will only be on this disc and limited to first 3000 units. My personal favorite of this lot is “Cold Wants to Know His Name” (Disc 2, Track #23). It suits Captain Cold perfectly as someone who both gnaws at what The Flash stands for and is a constant pest. There is a strong villain underlined theme here, but it is the swirling strings that reveal to us that Captain Cold will never really disappear.

Check out the full track list for both Discs below. Any fan of the series and especially those that run will want this soundtrack. Neely is one of the many reasons this show is as good and as popular as it is today. Don’t believe me? Just give these discs a listen! 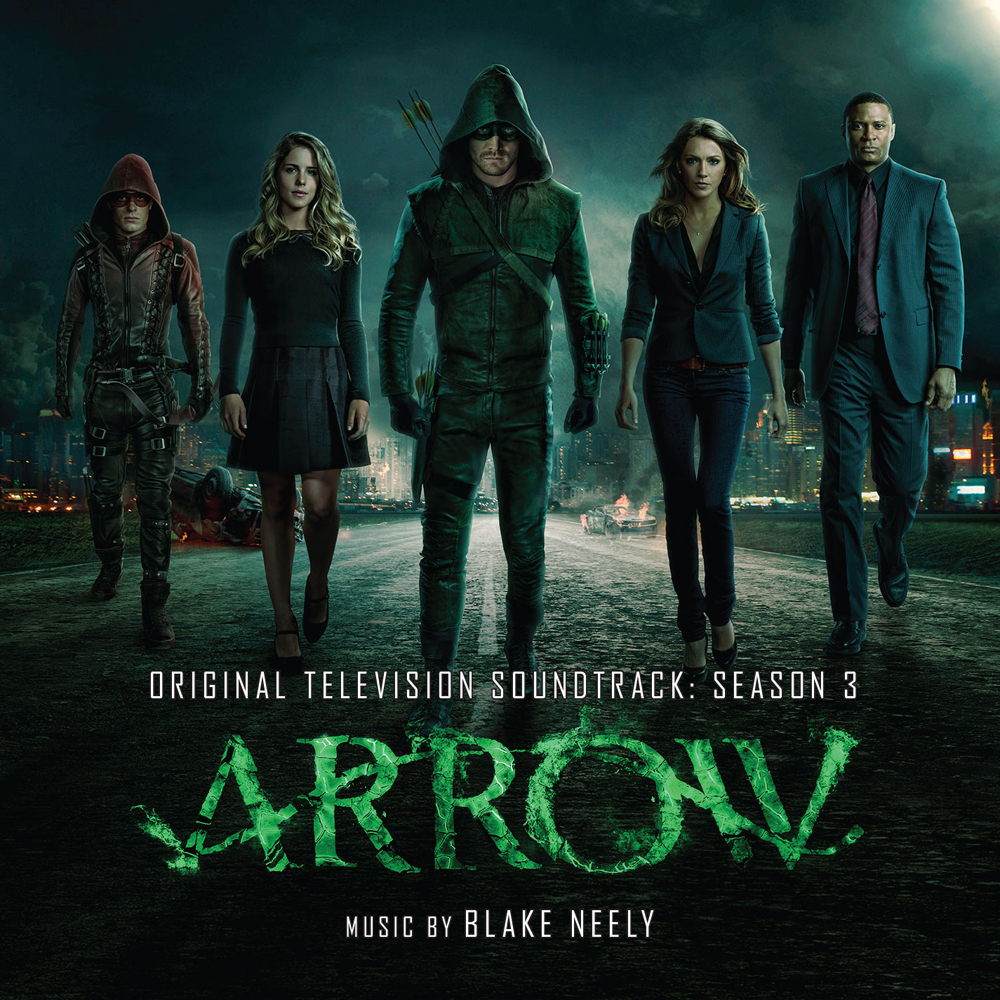 Also out right now from LA-LA Land Records is the soundtrack for the third season of Arrow. I’ll be honest, I am not a fan of the series and hadn’t given it much thought after I watched the pilot. What intrigued me was Blake Neely. After listening to his score for The Flash, would Arrow be any different. Did he just regurgitate more of the same for The Flash since it came out after Arrow? I’m happy to report it is not.

The first track that really stood out to me is “The Climb” (Disc 1, Track #10). There is a solo contained here that reveals that Oliver Queen clearly has to find the strength within himself to go on. It reminded me heavily of Eric Serra’s The Fifth Element score, a personal favorite. It is both subtle and mysterious. The Flash has a reputation of being the happier of the two CW shows. The music for Arrow revealed that to me as well. Clearly, Neely harnesses his inner Han Zimmer and provides a score that is worthy of another millionaire who dresses up and defends his city.

If you are looking for The Flash vs Arrow – Part 2, look no further. LA-LA Land included it as the bonus disc on this soundtrack (also limited to first 3000 units). It also contains bonus tracks giving you even more of Neely’s Arrow music.

Then, in a flash, we are speeding away on our adventure.

Then, in a flash, we are speeding away on our adventure.