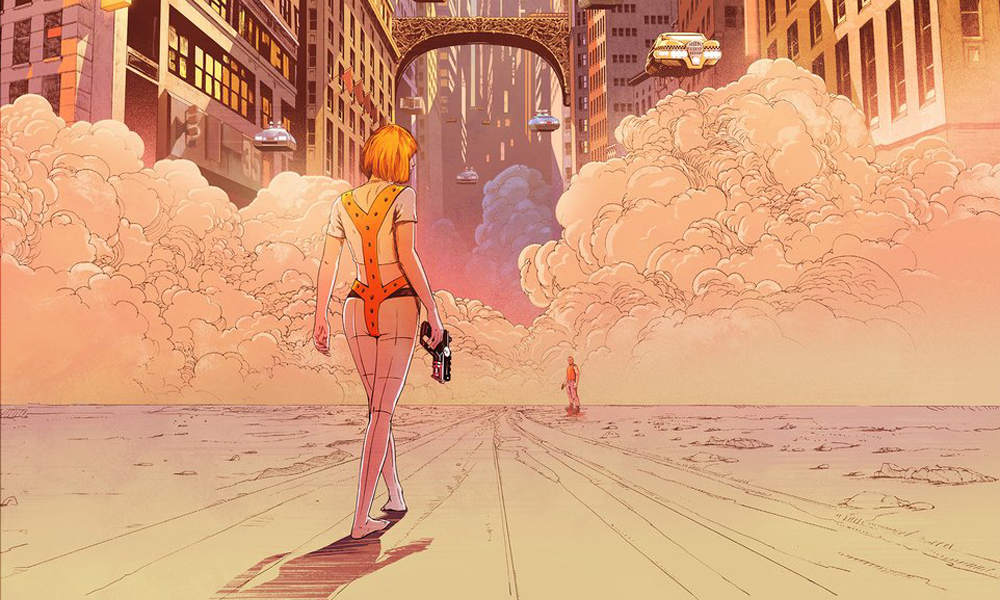 When Mondo announced that they were commissioning a vinyl edition of The Fifth Element soundtrack, I knew had to possess it. For me, it was the perfect excuse to acquire an awesome piece of artwork and get a soundtrack that, for some reason, I had not picked up yet. The bummer for you is that these new vinyl editions, both versions, are now sold out. I have to say though, I get why they went with a green vinyl limited edition (seen below), I just happen to prefer the Leeloo edition (see below). There was just something hypotonic about the record spinning orange and white. Plus, it is a great homage to the character’s outfit.

Shan Jiang did an incredible rendition of two moments we did not see in the film and one that we did. The cover (see above and in full below) has that comic book feel as if was a cover to an old Marvel Comic. It further illustrates just how big and scary the world is in The Fifth Element and that Korbin Dallas and Leeloo have each other to stand against it.

The inside cover is a great sunset moment where Jiang, places Leeloo inside Father Vito Cornelius’ apartment. Furthermore, Jiang places a Mondoshawan in the room with her. It’s not important that this never happened in the film, it’s just breathtaking to look at.

The final image is of the moment when the Mondoshawans arrive in Egypt. The scale is incredible, however, it is its subtleness that I particularly like here. (below) 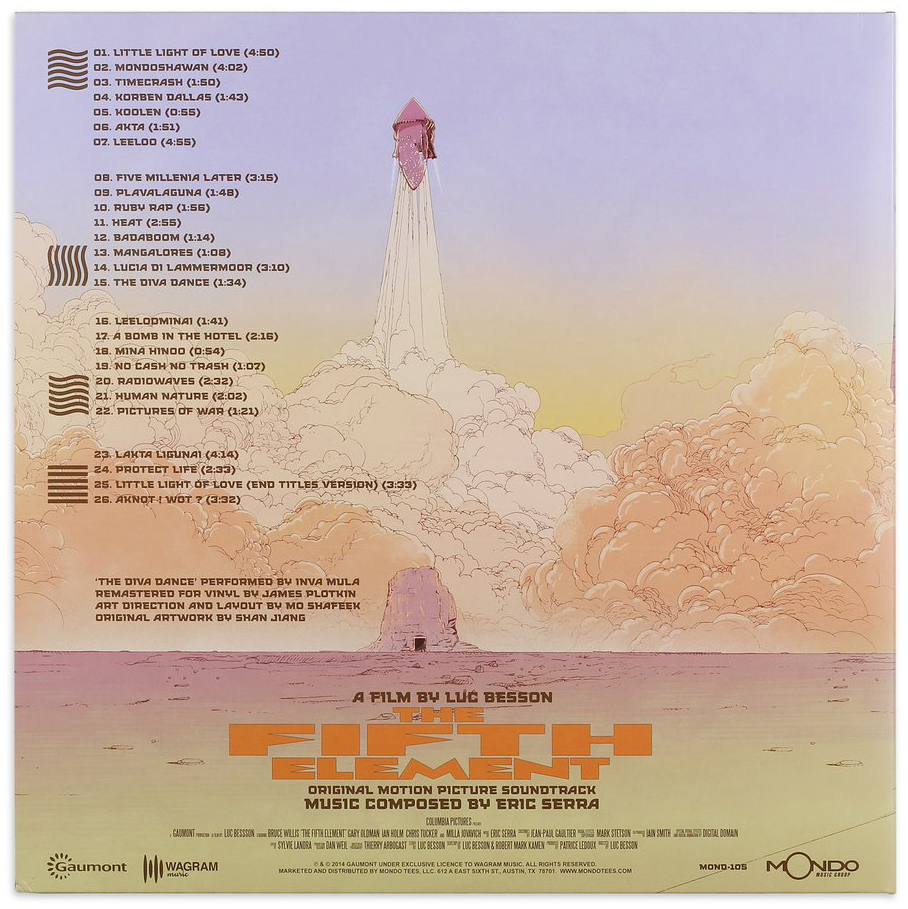 As for the score by Erica Serra, it is the exact same release as what has been available on CD. I must say that to finally hear it on its own, without the movie, further illustrates how much like Blade Runner the film is. Certainly, their themes are very different, but Luc Besson certainly took a page or two out of Ridley Scott’s playbook when he made The Fifth Element. One of those pages was having a composer craft a score that is clearly unique to the film.

We have pop songs (track #1, “Little Light Of Love”), that are from the future’s present. We have audio clips of Ruby Rhod’s rap (track #10, “Ruby Rap”). There is even a compilation of audio soundbites (track #26, “Aknot ! Wot?”) strung together with their own music cues. The brilliance of Serra’s music is that he finds a way to give us both a thrilling score with an ever-present love theme. Track 12, “Badaboom” is by far the best example of this.

As I said before, this edition has sold out on Mondo, which is an indicator of how popular this 20-year-old Sci-Fi film is. More often than not, Mondo’s vinyl records are easily obtainable and do not immediately sell out, unlike their special edition posters. Yes, Super Green! 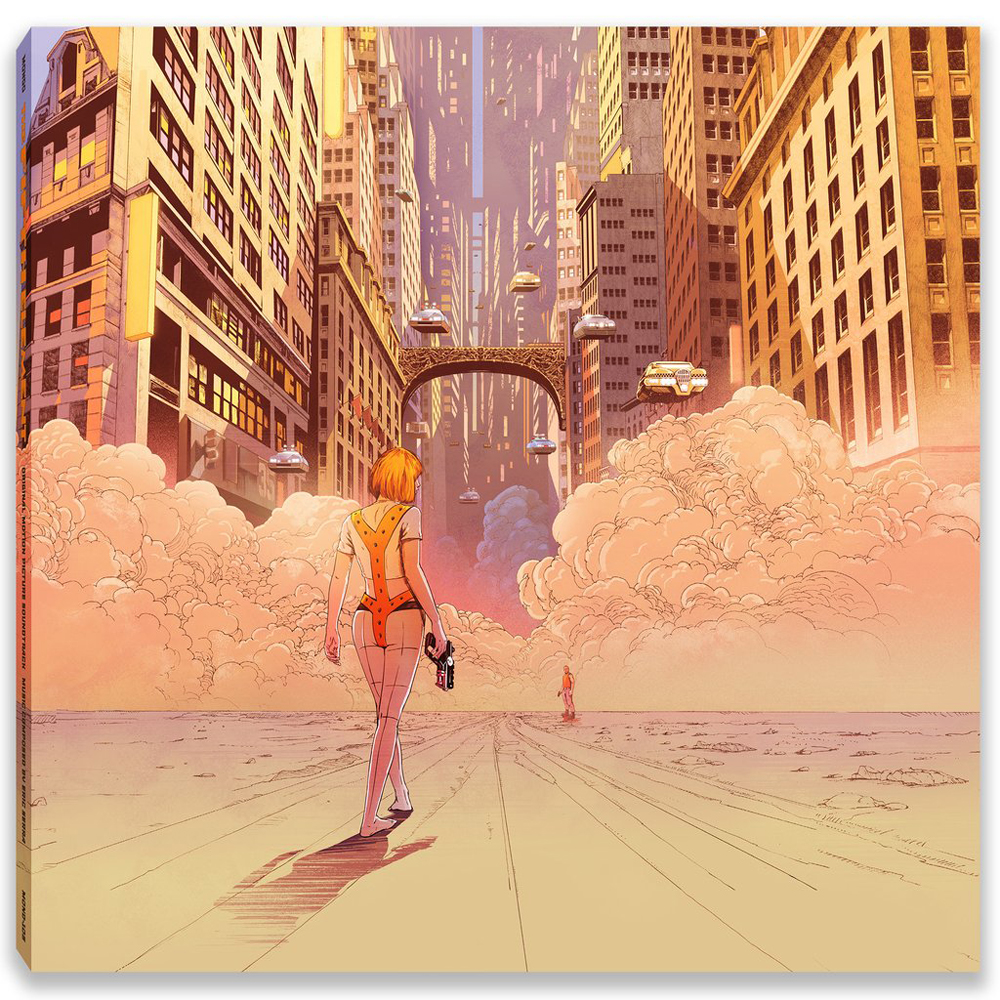 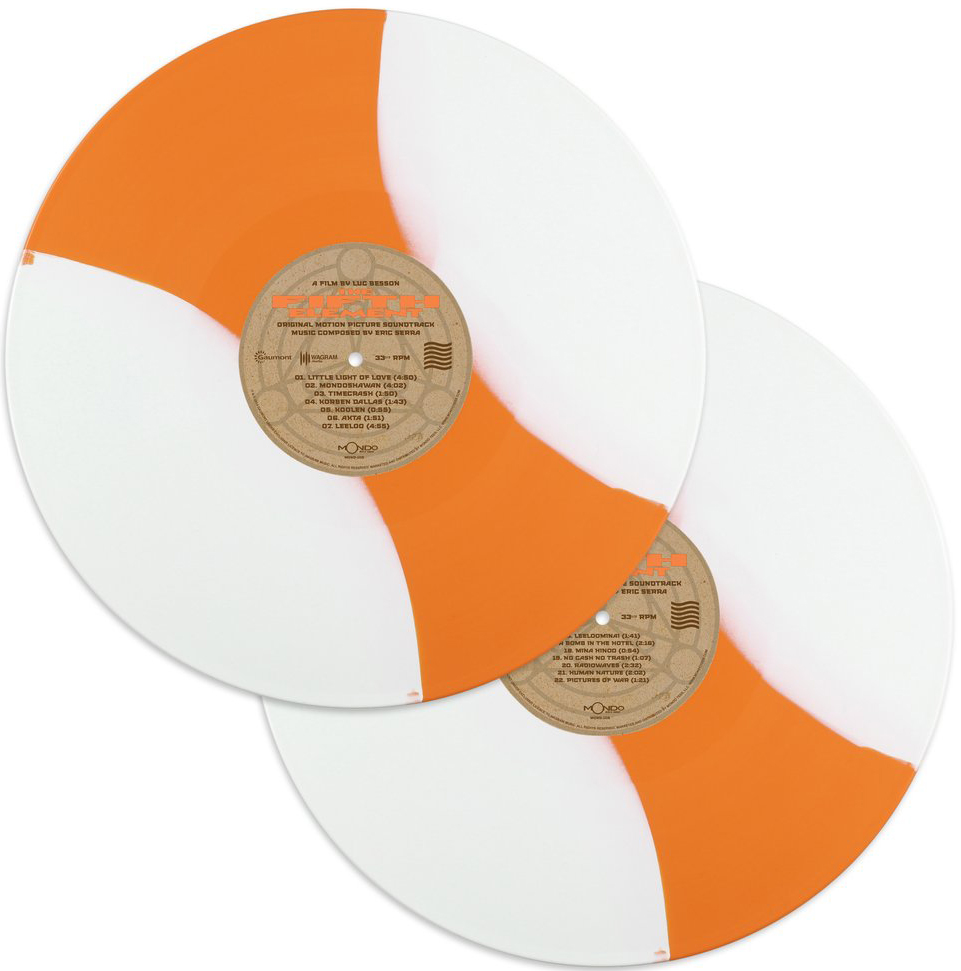 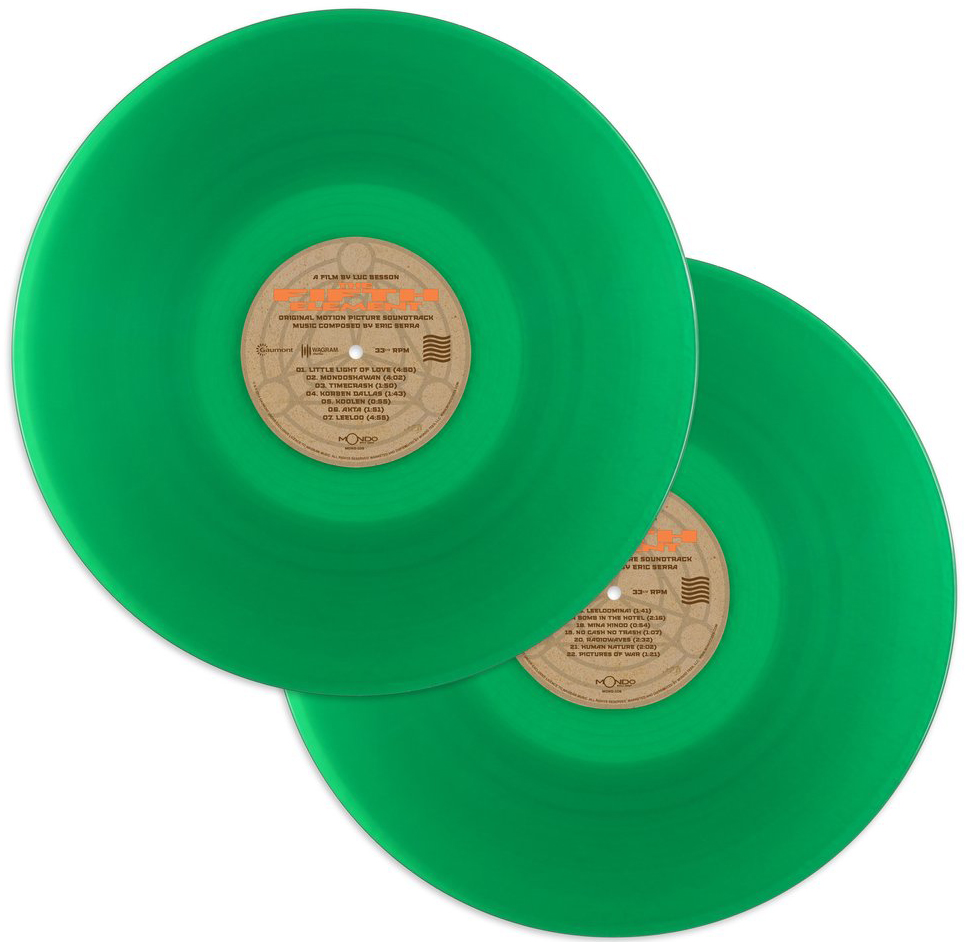