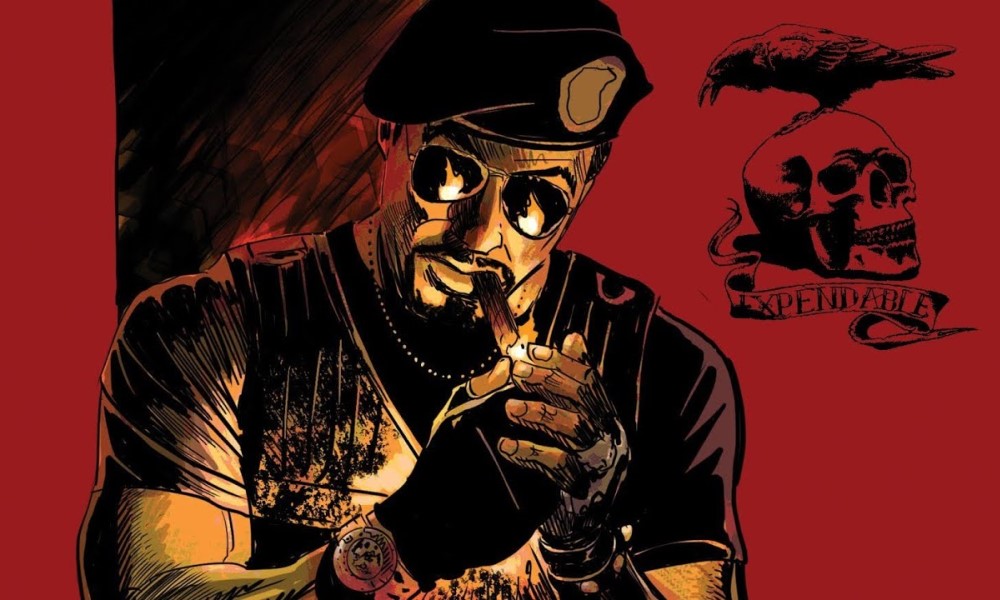 Legends from Hollywood and comic books team-up in The Expendables Go to Hell graphic novel coming in May. 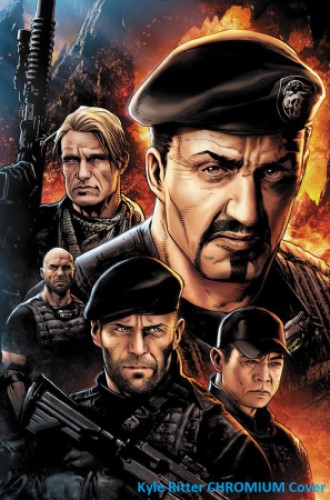 THE EXPENDABLES are an international team of mercenaries based out of New Orleans, Louisiana. This Band Of Bad-Asses is led by founding member BARNEY ROSS, a highly-decorated veteran of the United States Military. While the membership varies wildly (once topping out at 22 members) the core group is comprised of:

The team takes High-Risk/High-Reward missions and split the take EQUALLY. Contract work for the CIA keeps them out of JAIL for the International Laws they break as mercenaries.

Members come and go, but there’s always a need for ROUGH MEN to commit VIOLENCE so that civilized people can sleep in PEACE…and THE EXPENDABLES are just the men for the job!

KILLED in Combat…They Awaken in HELL!

Check out some sample pages from the upcoming release… 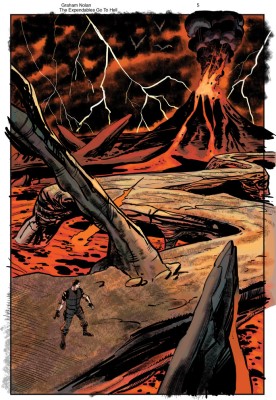 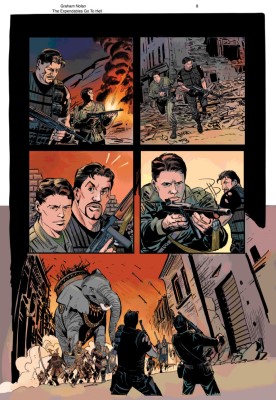 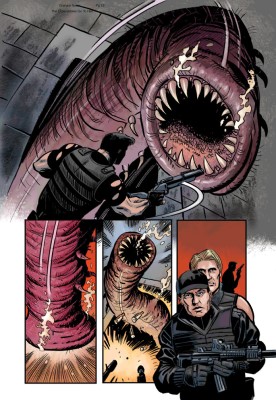 THE BRIDGE- Barney Ross is stunned to find the soul of his still-living friend Tool, trapped in Hell! Art by Jason Johnson (TEAM 7).
CHRISTMAS IN HELL- Lee Christmas is lured away from the team just when they need him most! Art by Kelsey Shannon (NORAH’S SAGA)
BARBARIAN’S HOLIDAY- Gunner Jensen makes the most of a bad situation! Art by Butch Guice (DOCTOR STRANGE). 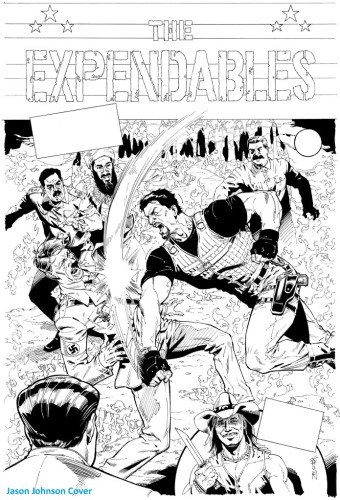 MULTIPLE COVERS
The Main Cover will feature art by Kelsey Shannon. In addition, there will be Variant Covers by

The Indiegogo campaign has already raised over $100,000 dollars! Check it out here to find out about the many awesome perks and exclusives available to contributors: The Expendables Go to Hell Indiegogo campaign