LATEST
Home Movies Features The Expanse: Some Thoughts On Season 4 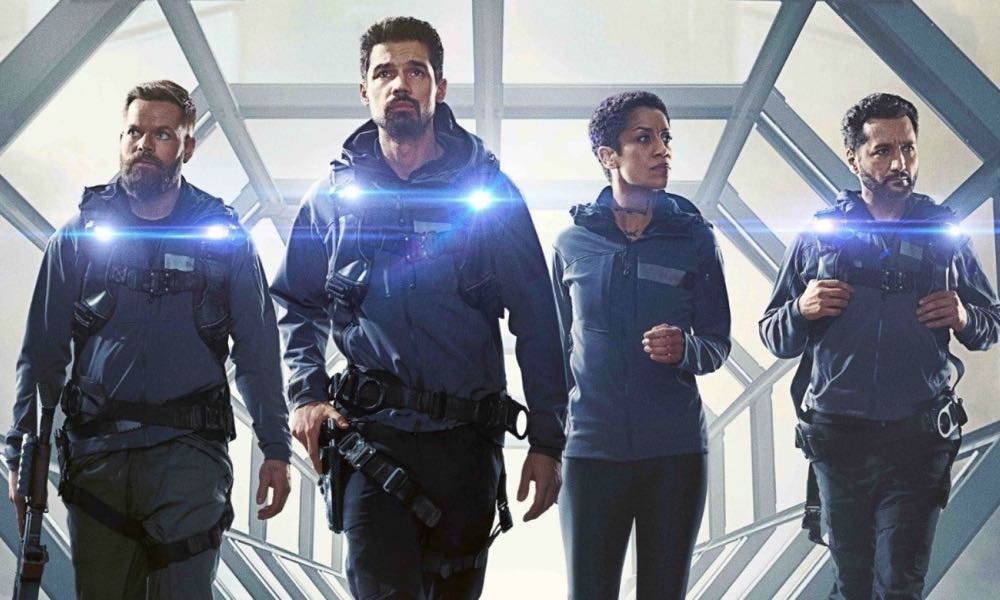 Like a lot of fans, I experienced a lot of excitement in anticipation of the fourth season of The Expanse from its new home base at Amazon Studios. Would the change in where it gets made have any noticeable effect on one of my favorite genre series? I tried to convince myself there was no reason for concern; after all, everything I had seen from Amazon studios so far had demonstrated the studio’s commitment to quality in what they do. Surely they would be aware that millions of genre fans would sit in judgment of the efforts regarding one of sci-fi’s most popular series in quite a while. They did not let us down; if anything, the quality of the show may have improved a little.

In case you don’t know, The Expanse is an American science fiction television series developed by Mark Fergus and Hawk Ostby, based on the series of novels of the same name by James S. A. Corey. The series, set in a future where humanity has colonized the Solar System. It follows a disparate band of antiheroes that include United Nations Security Council member Chrisjen Avasarala (Shohreh Aghdashloo), police detective Josephus Miller (Thomas Jane), ship’s officer James Holden (Steven Strait) and the rest of the Rocinante crew. These few individuals find themselves uniquely placed, for better or worse, to alter the course of human history as humanity expands its reach into interstellar space.

The show has radically changed course after three excellent seasons revolving around the main story arc of the protoculture mystery. It’s still thoroughly enjoyable science fiction. just different. The other main elements of the series’ narrative elements, the triumvirate of the Earthers, Martians, and Belters of the OPA, remain intact, which naturally means, being human, they had to have something else to disagree, squabble, bicker, fight and kill each other over.

After visiting the season for a second time, to make sure I had not imagined it, The Expanse season 4 bears a strong resemblance to the Stargate SG-1 reboot we have waited for since Stargate Atlantis ended. Let me explain. First, the series has as a central feature of its fourth season, for lack of a better term, a Stargate style supergate that allows them to travel to other galaxies where they experience adventures on alien worlds. The crew runs into trouble after fooling with alien technology they do not understand. Sound familiar?

The similarities are striking. True, the series passed on including encounters with alien drama queens like the Goa’uld (so far, at least), but the alien artifacts are there, and in place of the Stargate’s ancients, we have the Expanse version of ancient aliens dubbed the Builders to replace them.

Just like SG-1, the reason we love this series is its cast of characters, namely the crew of the Rocinante, and just like SG-1, we have grown to think of these characters as friends, and we care about what happens to them.

Season four is full of subplots, some of them more interesting than others, and because of this, the show the series always has the option to shift the story back and forth between the stories it tells. The main course here is the new planet settles by the belters who are determined to make it their new home ad once again this planet turns out o be another version of what I like to refer to as Planet Murphy (for Murphy’s law) where everything that can go wrong does go wrong. It’s not long before the settlers and crew of the Rocinante find themselves immersed in a nightmarish alien hell that could cost them everything.

The show does manage to retain its unique qualities and texture, though. For example, there is no wisecracking leader of the Rocinante crew to replace Col O’Neill, and the show is almost completely lacking in any material meant to inject comic or humorous relief. With lots of swearing, some nudity, and the portrayal of softcore sex included this time around; the season is firmly in R-rated territory.