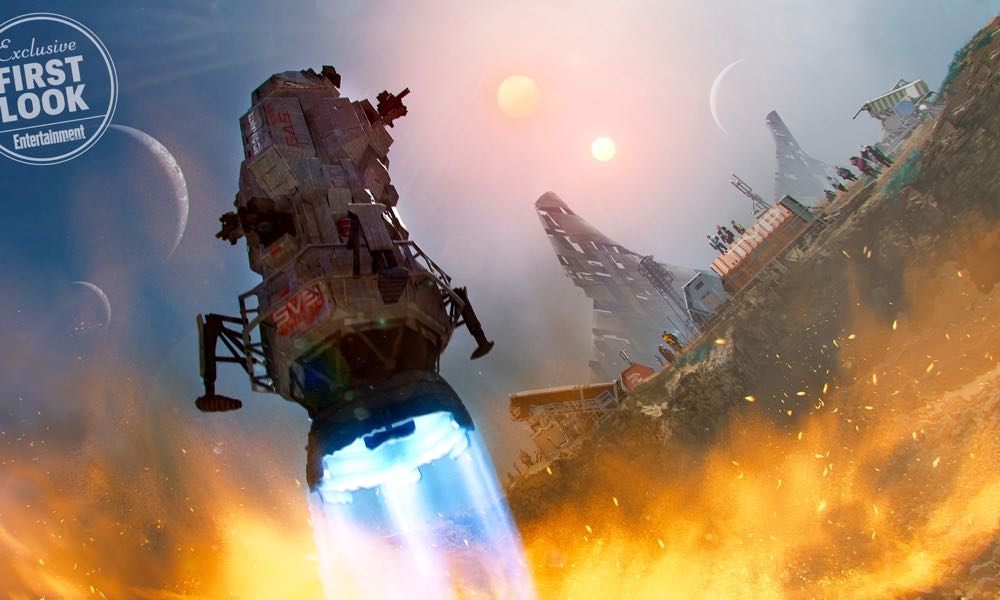 The Expanse may look a bit different with its move to Amazon for season 4. As showrunner Naren Shankar said in a statement, some of the nudity and language not permitted on Syfy will now be as open as the Ring gates that connect our galaxy to 1,300 new inhabitable systems. It sounds like we may be finally getting some uncensored adult science fiction just as gritty and grounded as before.

Things have changed, not only because now that those 1,300 inhabitable systems are out there available for exploration it’s only natural that season 4, which will cover the fourth book in the series, Cibola Burn, will follow suit and go and explore one of them. The concept art above depicts a look at one of those worlds named Ilus. It follows, given human nature, we can expect the alien planet to become a bloody battleground with violent conflict taking place over new resources between independent settlers, and corporate security forces. All of it while attempting to deal with an alien technology that everyone is still struggling to understand.

Of course what fans of the series will want to know is what’s happening with the show’s characters we have grown to know and love like Chrisjen Avasaraila, Draper and the rest. Fans are also eager to find out what’s next after last season’s conclusion, and what does the future hold for Holden, Naomi, Amos, and Alex, the crew of the Rocinante. It looks as if the entire main cast has survived the transition between networks intact. That includes Bobbie (played by Frankie Adams) along with Shohreh (Aghdashloo, who plays Chrisjen Avasarala) in season four.”

Although the show’s narrative is no longer restricted to the solar system, going forward, the series will be dividing its time between both sides of the ring which means the series will not be abandoning Earth, Mars, and the Belt.

It sounds like, as a setting, Ilus is reminiscent, in some ways of a classic movie western, regarding being untamed, and in no small degree a rugged and lawless frontier (with some futuristic touches I’m sure). So, it makes sense that along with alien landscapes featuring new flora and fauna as part of the deal, it will get depicted as the familiar science fiction trope of a remote place cut off from any semblance of human civilization.

Right now, there are plans for season 4 to have ten episodes. No word on when the show will return, but Cas Anvar (who plays Alex in The Expanse) revealed at San Diego Comic-Con 2018 that shooting begins in September. The Expanse Season 4 should arrive in early to mid-2019. We’ll update this as soon as we have official confirmation.

January 22, 2019 – Amazon today announced Season 3 of The Expanse would be available to Prime members in over 200 countries and territories on February 8. Seasons 1-2 are currently available in the US and will become available internationally on February 8.

Based on novels by James S. A. Corey, The Expanse is a critically-acclaimed, award-winning political science fiction series set hundreds of years in the future. Humans have colonized the solar system with The United Nations controlling Earth and an independent military power inhabiting Mars. Desperate for air and water, the series begins with Earth and Mars on the verge of war over the resources found in the Asteroid Belt. With few options for survival, allies struggle to fight over the future of humanity.

Prime Video is the new home to the highly anticipated Season 4 of The Expanse, a Prime Original series, which will launch later this year. Jeff Bezos, founder, and CEO of Amazon announced in May 2018 at the National Space Society’s International Space Development Conference in Los Angeles where the cast and showrunner were in attendance.

UPDATE 02/09/2019: After being saved from cancellation by Amazon, principal photography on The Expanse’s fourth season has officially come to an end. 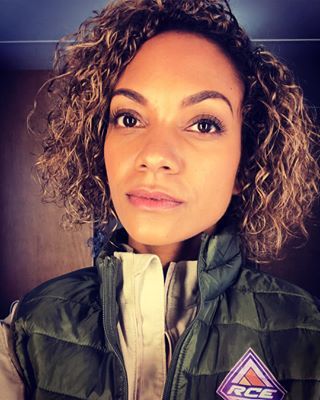 New cast member Lyndie Greenwood (Sleepy Hollow) announced through a post on her Instagram account that filming on Season 4 has concluded in Toronto. Additionally, the actor has revealed that the first three seasons of the acclaimed sci-fi series will be available to stream through Amazon starting tomorrow.

Greenwood will be portraying Doctor Elvi Okoye on the series, a biologist intent on studying samples from New Terra to determine the true nature of the planet.