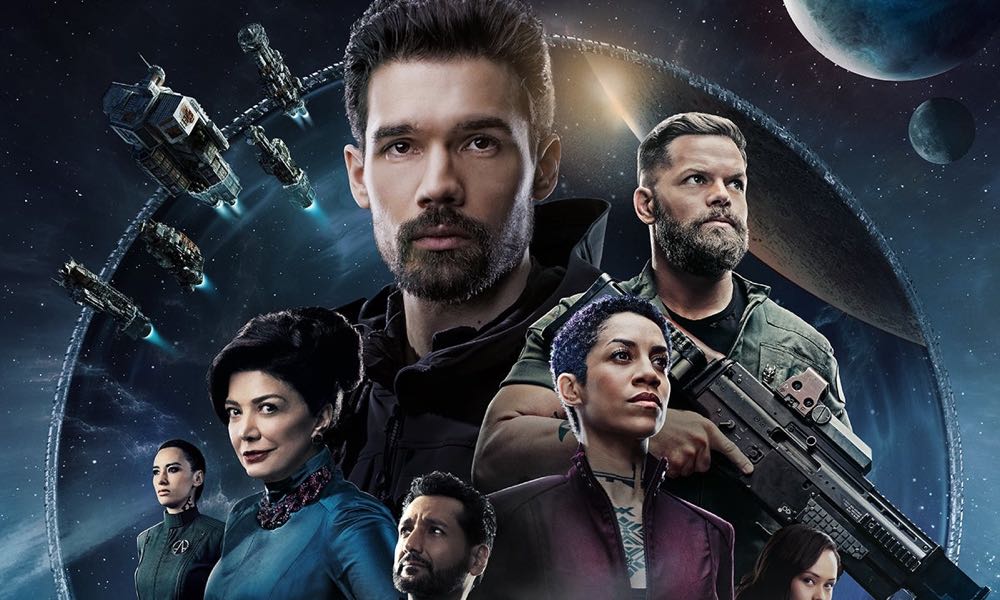 Amazon Prime has released a brand new poster and trailer for the upcoming fourth season of their sci-fi series The Expanse, featuring the main cast led by Steven Strait as Jim Holden this Saturday, October 5 at the 2019 New York Comic Con (all 10 episodes will be available for streaming on December 13, exclusively on Amazon Prime Video)

As most fans already know, the series unfolds across a colonized galaxy 200 years in the future, when two strangers become unwittingly swept up in a vast conspiracy. It is based on the New York Times bestselling book series by Daniel Abraham and Ty Franck (under the pen name James S. A. Corey) and stars Steven Strait, Shohreh Aghdashloo, Dominique Tipper, Cas Anvar, Wes Chatham and Frankie Adams. Rosa Gilmore (The Handmaid’s Tale), Keon Alexander (Tyrant), Jess Salgueiro (Mouthpiece) and Burn Gorman (Pacific Rim) join the cast this season.

The new season along with Star Trek: Discovery both seem to ‘borrow’ the idea of a ‘Stargate’ (a portable time-traveling capable one in Discovery) incorporating the idea into their respective narratives, or so it seems.