Eternals (2020): What We Know About Marvel’s Phase Four Entry 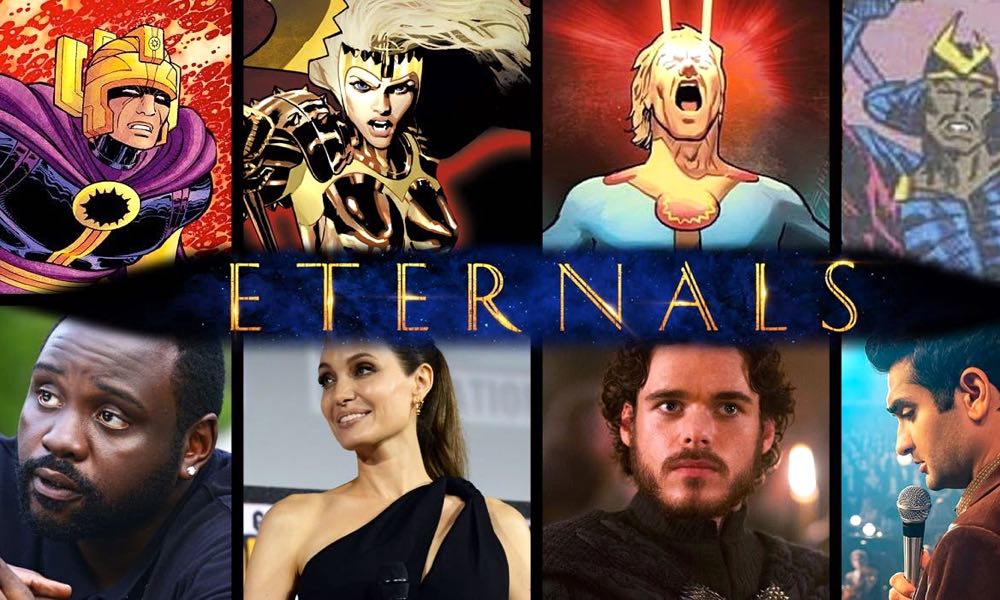 What is the Eternals? As most fans know, the MCU is entering phase four of its master plan to conquer the known universe and beyond and its second film in that ambitious strategy after Spider-Man Far From Home is about their lesser-known (by some) characters the Eternals.

For those of you unfamiliar with this team of protagonists, this Marvel Comics’ title was originally introduced back in 1976, by the legendary Jack Kirby. The title centered on a fictional species of humans, an offshoot of Earth’s evolutionary process that was apparently kickstarted by aliens known as Celestials. The superpowered Eternals were intended to be immortal defenders of Earth, which led them into centuries of battle against the opposing force known as the Deviants.

The Eternals all have superhuman strength, speed, stamina, durability, agility, and reflexes, with the addition of cool tricks like invulnerability and immortality through manipulation of cosmic energy, and projection of this energy as a weapon to some degree.

As far as the film’s narrative goes. some pst work might offer up some clues what the film’s story will explore. When Neil Gaiman and John Romita Jr. took on The Eternals in 2006, Sersi was a central character, albeit one who didn’t remember her immortal heritage.

Matthew and Ryan Firpo are currently assigned to write the screenplay.

Directed by Chloé Zhao (The Rider), Eternals is slated to hit theaters on November 6, 2020, as the second film in the MCU’s phase four plans.