The Empire of Time – Book Review 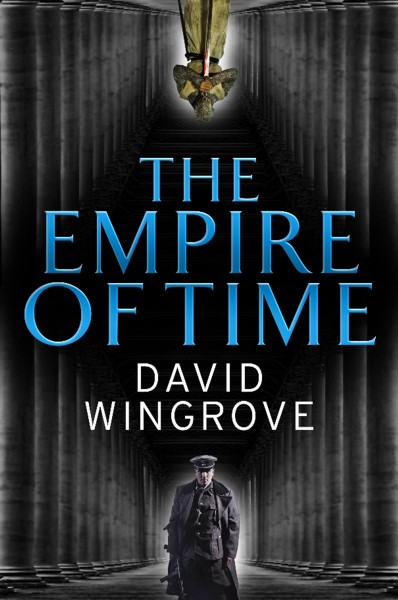 “This time travel crap just fries your brain like an egg,” a character in the 2012 movie Looper remarked. He should try reading this new novel by David Wingrove one day!

Wingrove is probably best known as the co-author of Trillion Year Spree with British sci-fi legend Brian Aldiss, probably the definitive history of science fiction (sadly out of print today). Empire of Time is the first installment in an envisaged trilogy named Roads to Moscow. The second book, titled The Oceans of Time, is out right now.

Empire of Time is told from the first person perspective of Otto Behr. Behr is an agent working for a German secret organization involved in a bitter race war with Russia. The hook? It is the third millennium A.D. and Behr’s organization uses extensive time travel to change the past to undermine Russia at every possible turn and thus ensure the future existence of the German volk.

In one scheme, they inform Hitler of future events so that he doesn’t declare war on America as well and thus fight a losing war against the Soviet Union on two fronts. Hitler takes the time travelers’ advice and wins WWII, but things still don’t turn out quite as planned.

The problem is that the Russians also have time travel and can easily undo whatever changes the Germans made. The futility of it all is rather obvious to everybody involved, yet they fight on. (Where is America in this globo-political power struggle? Decimated after an ill-advised war with China.)

Along the way, alternate time lines and loops pop up. As the man said, it’ll fry your brains trying to think about it too hard. And that is the problem with Empire of Time: the plot is quite complex and convoluted. There is a listing of several pages long of characters in the book right at the beginning – never a good sign. At times, one feels as if one should have a flow chart and some headache pills on hand trying to keep track of the plot as it winds through several eras, time paradoxes and the like.

Still, Wingrove keeps the action moving along at a fast clip to plaster over the cracks in the story. Things feel episodic as the action moves from the Middle Ages to the 20th century and then to the distant future. In Empire of Time, it isn’t impossible to change the past – it is simply futile, as several events remained unchanged in their essence. The novel is wildly ambitious and by the end, one grasps the sad grandiosity of characters trying in vain to fight the juggernaut that is History, capital letter H, even with the aid of time travel.