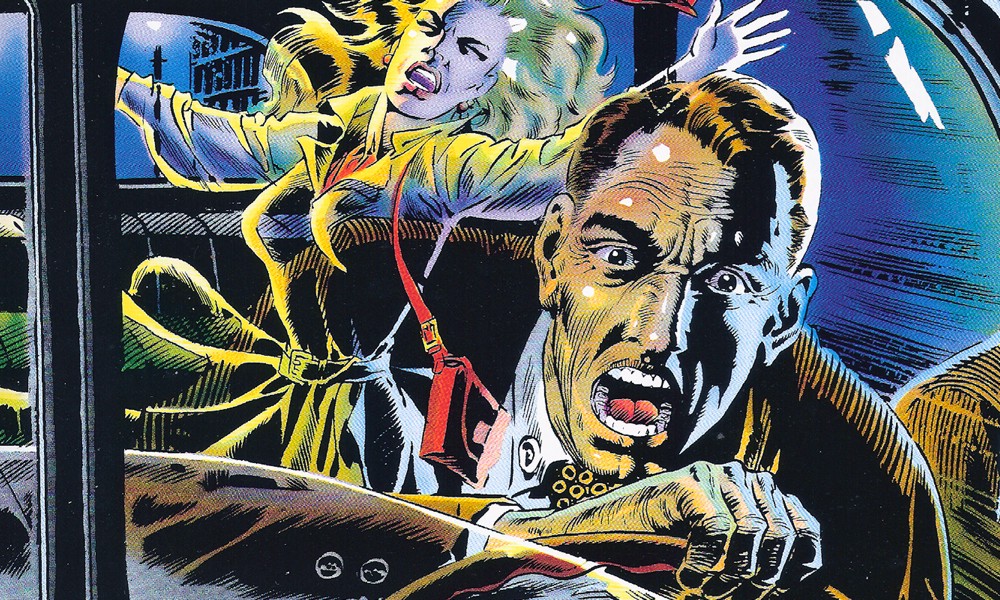 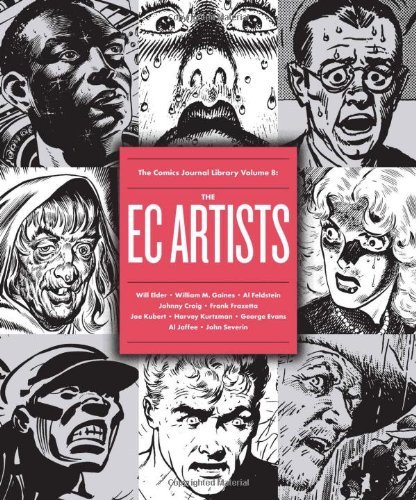 EC Comics have been out of business for over 50 years and yet over a half century later its influence is still being felt throughout the comic book industry and throughout pop culture.  In an era where most comic book art was often an afterthought to churning out as many titles as possible, EC had a stable of artists that may have been the finest ever assembled.  The EC Artists features interviews with 10 of the company’s legendary talents who created some of the most terrifying and thrilling tales in the history of sequential art.  While most of the interviews have been culled from the pages of The Comic Book Journal magazine, several are included here for the first time.

Among the interviews being published for the first time is a 1985 interview with EC Comics and MAD Magazine owner Bill Gaines.  Gaines discusses his father Max, one of the early pioneers of comics.  He talks about how he reluctantly took over EC Comics after having planned to be a chemistry teacher.  He also discusses the issue of censorship which eventually forced EC comics to cease publishing all of its titles except for MAD.  Gaines specifically recalls how politicians singled out EC Comics in their crusade against the industry.  This is particularly interesting in this era where the Comics Code Authority is long since defunct.

Another interview being published for the first time is a 1983 discussion with the late Frank Frazetta as he talks about one of his primary artistic influences, Roy Krenkel.  It’s the shortest interview in the book at just a couple of pages but Frazetta interviews are few and far between, particularly unpublished ones.  On the other hand, some of the interviews are quite extensive including a 25 page interview with Al Feldstein; a 52 page piece with Will Elder, and a 76 page epic with John Severin.  Other shorter interview subjects include Johnny Craig, Joe Kubert, Harvey Kurtzman, George Evans, and Al Jaffee.

Kurtzman’s interview was part of a convention panel from 1982 where he talks about transitioning from working on war titles to becoming the driving editorial force behind MAD Magazine.  He also discusses the origin of MAD mascot Alfred E. Newman.  Al Jaffee MAD’s oldest living contributor and continues to do his famous back cover fold-ins.  Jaffee talks about working for Stan Lee as an Associate Editor and writing and drawing Timely Comics’ Patsy Walker title before joining MAD.

The extensive 1999 interview with John Severin covers the artists entire career and covers subjects as diverse as working at the Joe Simon/Jack Kirby Studio; the years at EC and the various titles he worked on; going to work for Stan Lee at Atlas/Marvel when EC folded; and working for other companies such as DC, Harvey, Classics Illustrated and Charlton.

These are recollections of a bygone era of comics that is vastly different than what we have today.  These talented men helped to create some of the most memorable comics in history and their stories are the next best thing to having been there.