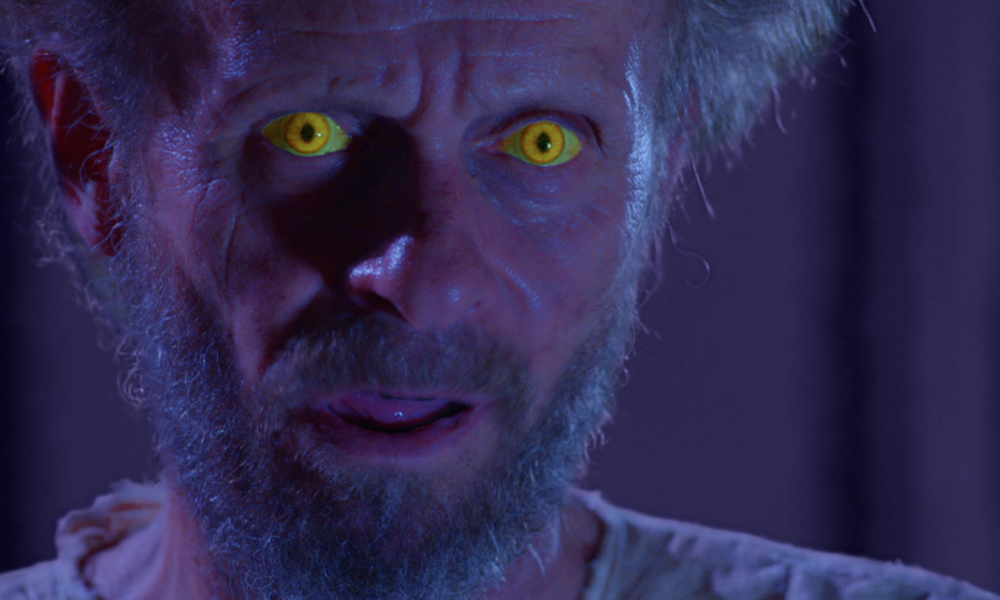 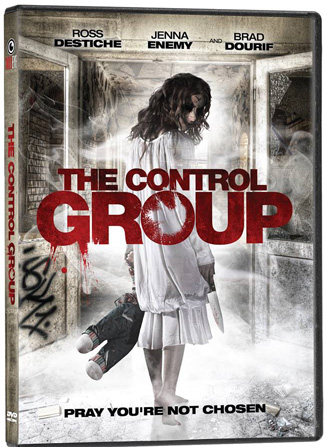 homage to the horror genre with a smattering of recognizable names and one famous headliner to round things off. The Control Group is that fantasy brought to light and you can’t help but smile even if very little is either impressive or genuinely frightening. Everyone is having a fantastic time reading an awkward script about students trapped in a medical facility they can’t remember entering and seem unable to leave.

There is a very nifty trick employed soon on where the current sequences of the characters walking around the labyrinth of tunnels and empty rooms continue to walk directly into memories through doorways without realizing that they’ve stepped into the past, reenacting important events like a flashback without a transition. This coupled with the memories all revolving around a particular tragedy would seems to indicate that this film’s secret plot of what is really going on might involve that same event.
And therein lies the main issue with The Control Group as a whole.

I got back to the concept of the bright-eyed auteur without much experience but a lot of heart getting a million dollar break. Or course they’re going to pack into their time with big actors and special effects every single idea they can think of, even if other ideas are pushed to the wayside or some outright contradict one another. The Control Group has no lack of ambition or subplots, but not all of these connect in an ultimately meaningful way. To get the full gist of what lead to this patchwork approach the Behind the Scenes documentary is extremely illumining. The young director seems very pleased at his opportunity to experiment but admits himself he doesn’t have much confidence in his story and the cast and crew (although they clearly respect the director’s vision and potential) also admit that the script for the film was constantly changing onset with additions and subtractions daily.

This is the only constant theme: events, characters, storylines, ideas, themes…all of these swap, disappear and reappear, and just generally meander over the course of an entertaining but uneven experience. There’s some amusing and inventive kills which are welcome even if the lower budget makes them somewhat less than believable. This is not a bad gory horror film to watch for people who do not generally like gory horror films. The gore and horror is so downplayed and tame compared to contemporary examples that its hard not to just enjoy the spectacle as a testament to the efforts of the film crew and feel a little nostalgic for earlier horrors that didn’t feel dependent on grueling moments of splatter. Actually most of the fright factor of the film comes from the location which is the infamous Fergus Falls State Hospital.

Appropriately (and budget-consciously) the most evocative moments of The Control Group are those dependent on the chilling expanses of dingy corridors and snaking pipes in the basement. The documentary also touches on some of the grim history of the asylum which does lend a creepy sensibility to the film as a whole.

Nobody seems unhappy to be on screen however. Ironically even in the most dire, gory, depressing situations the cast seems so pleased to be working together, working with a passionate director, and just getting the opportunity to play with their roles and the ridiculous situations they find themselves in you can constantly feel the excitement and the joy. The titular ‘Control Group’ especially genuinely feels like a group of good friends…again a little weird when said friends are constantly bickering and discovering how they all hurt each other in the past. But this is the kind of film where even the ‘bad guys’ are clearly having so much fun it’s infectious.

Brad Dourif of Lord of the Rings and Chucky Fame is a standout which is to be expected but he plays his character so brazenly over-the-top it’s nearly high camp. Another notable is Monique Candelaria as Dourif’s right hand woman Heather who does put in a believably icy performance and I liked Taso Stavrakis as the menacing Agent Torrez. Ross Destiche does a fantastic job as the emotional lead Jack and I think if this film was just a little higher quality or had a more coherent narrative this could have been a star turn. He’s especially appealing and seems to have a comprehensive range, from a more laid-back default attitude to realistically frightened to effectively sad.

The reason I have deliberately avoided the plot beyond a brief description of the premise is that The Control Group is more of a haunted house ride than it is a film. The value of the production lies solely in the bizarre characters, the wacky revelations, and the creative blending of budget CGI with some relatively labor-intensive practical effects. If you can weather the cheese factor of some of the performances and don’t mind some unintentionally hilarious computer animation missteps (a few things don’t track very well or look a bit dated) The Control Group is like firing up a sixty to seventy era drive-in feature with a touch of arthouse. The film seems aware of its roots and one feature on the DVD is a ‘retro’ edit of the film trailer (complete with film grain) which I think is more effective than the actual released teaser for the film. This was a young director’s formative experience of rubbing elbows with the Hollywood hierarchy and for that reason as well as the others it is intrinsically charming.

It is not an effective horror film but given some of the outlandish twists and the trailer harkening back to goofier horror offerings like Evil Dead more than ultra-gritty films like Saw maybe the intention was never to outright frighten or shock at all. All things feel good natured to the last surprisingly upbeat and heroic conclusion. There’s some pacing issues but this may become your new favorite ‘so bad it’s good’ Halloween feature if you’re a fan of Brad Dourif, independent features, and classic horror tropes with a good dose of absurd comedic turns. Some movies you feel lousy after the curtain falls. The Control Group makes believe you’re in for a downer but you might just step out smiling like I did.