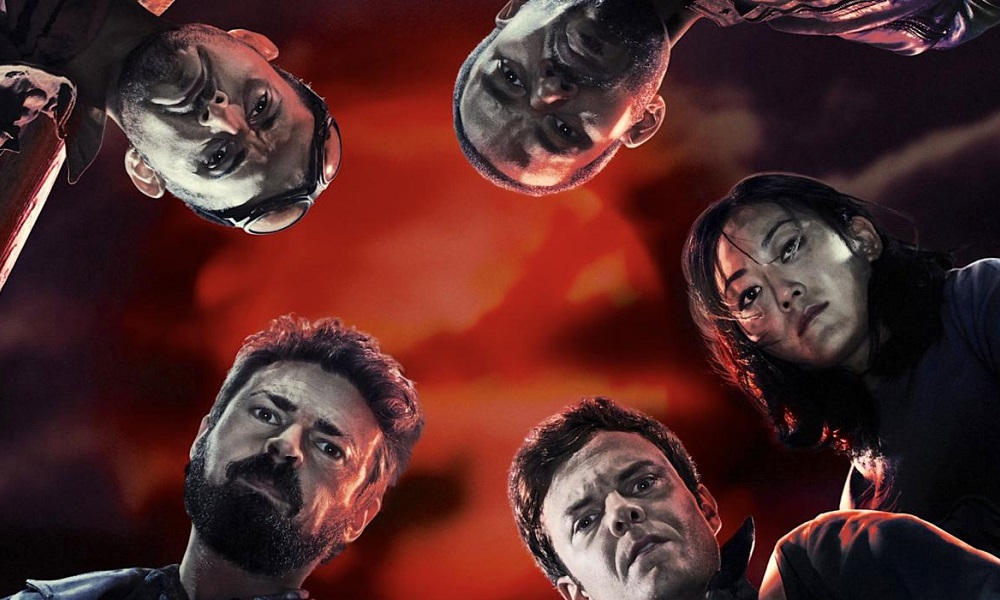 WITH GREAT POWER COMES GREAT DOUCHEBAGGERY: A REVIEW OF THE BOYS (2019) SANS SPOILERS

Edward Abbey said, “Power attracts the worst and corrupts the best.”  Lord Acton said, “Power tends to corrupt, and absolute power corrupts absolutely.  Great men are almost always bad men.”  Some studies and experiments indicate that gaining personal power impairs one’s ability to empathize.  Others indicate that gaining personal power merely loosens one’s inhibitions and restraints, thereby exposing and unleashing one’s true character.  But if most people suck, then most people when given personal power will suck even harder—and most people if given superpowers would suck to the nth degree.  This, of course, is the cornerstone of the premise of Amazon Studios’ Web TV “superhero” series The Boys (2019).

The TV series is based upon a comic book series whose writer, Garth Ennis, disdains the superhero genre and favors “grounded” action stories featuring “gunfighter” vigilante, mercenary, and military characters.  So The Boys features a world in which (most) “supes” are corrupt, hubristic hedonists and the eponymous “Boys,” mercenary vigilantes (superpowered CIA agents in the comic) who “[s]pank the bastards when they get outta line,” are the real heroes—or rather, antiheroes.  In this world, supes are purportedly just born with their powers and are so only in the USA, where “200-plus” of them are managed by Vought International, a multibillion-dollar corporation as much in need of a spanking as the supes. 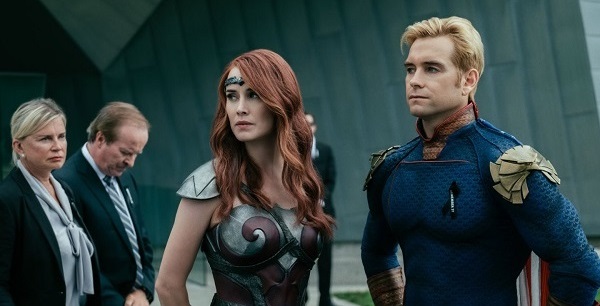 After all, superheroes are “a multibillion-dollar global industry supported by corporate lobbyists and politicians on both sides” and Vought has a monopoly on it.  The corporation treats its pantheon of demigods as if they were celebrity actors and athletes (which of course is how they behave).  It uses “two worldview satellites in geocentric orbit” and “crime analytics” to create a “crime itinerary” for them, from which it makes reality TV.  It makes billions from its supes through movies, TV shows, video games, theme parks, merchandising, and crime-fighting contracting.  And it protects its business with rigorous and Machiavellian public relations, even going so far as to have its very own news network.

Vought makes its grimdark superheroes Silver Age with cover-ups and keeping things in the closet.  “Gods are pure, and they’re perfect, and they’re above it all.  And they need to stay that way,” Senior Vice-President Hero Management Madelyn Stillwell states pithily to Homelander, the leader of the Seven, “the jewel in Vought’s crown, the greatest superhero team.”  And the Boys’ leader, the supe-hating Billy Butcher, seeks to exploit “the one weakness they all got: their reputations” in his crusade against them, which is fueled by a personal vendetta against Homelander.  He recruits another with a personal vendetta against one of the Seven, nerdy young nebbish “Hughie” Campbell, when he re-forms the team. 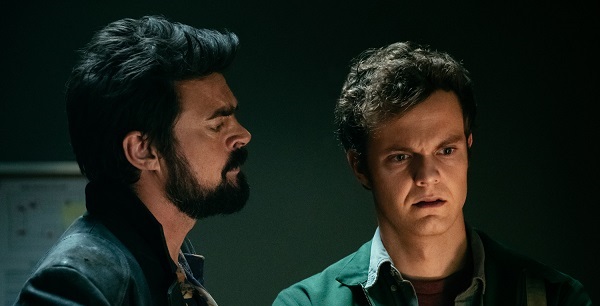 Hughie teases the mysterious, black-trenchcoated Butcher when they meet that he looks like he’s “starring in a porn version of The Matrix,” which is apropos because he’s being “red-pilled” by Butcher, who shows the distraught former supe fan “how deep the rabbit hole goes” after he falls into it after his tragic loss.  And Starlight, an Iowa supergirl who’s recruited by the Seven, is “red-pilled” in parallel with Hughie by her experiences with her teammates and Vought.  She wanted to “get into this business … to save the world” but, like Hughie, discovers to her dismay that the world is about business: flawed and selfish people getting what they want and need from others, often at the expense of others. 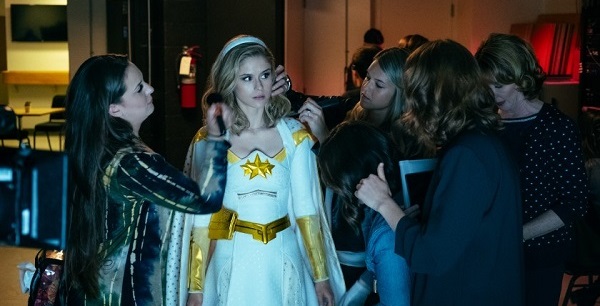 But business—along with the Boys (and the nuclear option)—keeps the flawed and selfish supes, who as superhumans tend to see ordinary humans as subhuman, in check.  (When Homelander asks a fellow Seven member, “They’re just people, but they snap their fingers and we jump.  Why?  Why do we do that?,” she repartees, “’Cause they sign our checks?”)  Supes enjoy the advantages of being supes far, far more under the status quo than they would as rulers or wrongdoers.  After all, Ennis made the comic about “the effect superheroes would have … if they really existed [and] the effect that politics and corporate backing would have on them” and “corruption[,] abuse of power[,] and abandonment of ordinary people.”

So, unlike other “grim ’n’ gritty” superhero stories, The Boys deconstructs the real world rather than superhero ones, the tropes of which it simply destructs rather than deconstructs as its supes are analogs of archetypal superheroes only superficially.  All it really has to say about the superhero genre itself is how ridiculous both it and its current primacy in the movie business are.  And, Ennis being liberal except for his love of toxic masculinity and hatred of communism, all it really has to say politically is the left-biased entertainment industry’s conventional condemnation of corporations, conservatism, and Christianity.  The Aryan-looking “Homelander” even refers to non-supes as “mud people” (!) 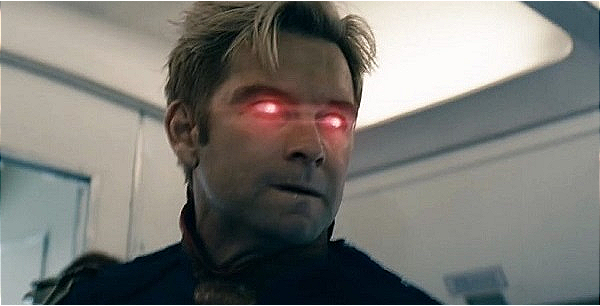 And a padded and peroxided Antony Starr makes Homelander, a Superman analog with an attachment disorder and abandonment and mommy issues, able to almost instantaneously don and doff the Boy Scout “mask of sanity” that disguises the smug, sadistic sociopath he really is.  GILF-ey Elizabeth Shue is equally fine as the lactating, Hillary Clinton-esque Madelyn Stillwell, who’s both a chilly “wire mother” and an incestuous “cloth mother” to the emotionally crippled Homelander.  And Karl Urban (who looks like an odd combination of Benicio Del Toro and Brad Pitt) is almost dead-on as the brutal Billy Butcher.  But Jack Quaid is just a little too bland and boring as Hughie, even for a character who’s a milksop.

Another problem is that while showrunner Eric Kripke did his “best to reflect the tone” of the comic without being “gratuitous,” the show just doesn’t feel “subversive and outrageous” (even though it is) and doesn’t have quite enough humor.  After all, The Boys needs to be “shocking for shock’s sake” to fully convey how absurd and corrupt its world is.  But while the show doesn’t match the feel of the comic, it makes its characters more three-dimensional (no pun intended), weaves its elements into a much stronger and more satisfying plotline, and has MCU-level VFX (thanks to that “Bezos money”).  All in all, the show is pretty good; and its superb cliffhanger ending promises an even better second season.