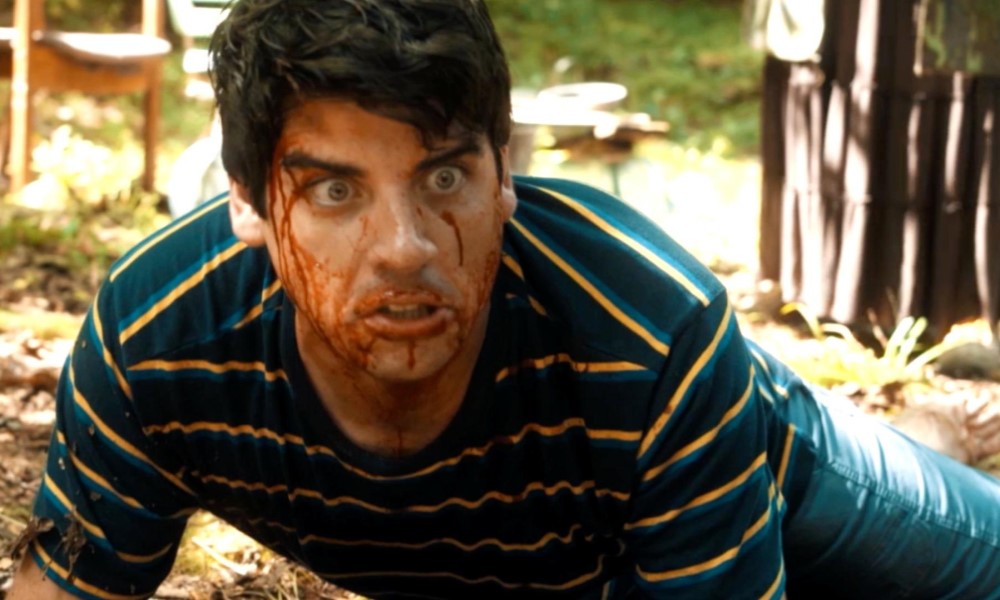 With story elements reminiscent of The Princess Bride, The Hills Have Eyes, and Deliverance -The Boonies is a thriller/horror film, despite my better judgement and what is an odd combination of films to compare it to, I started to enjoy. 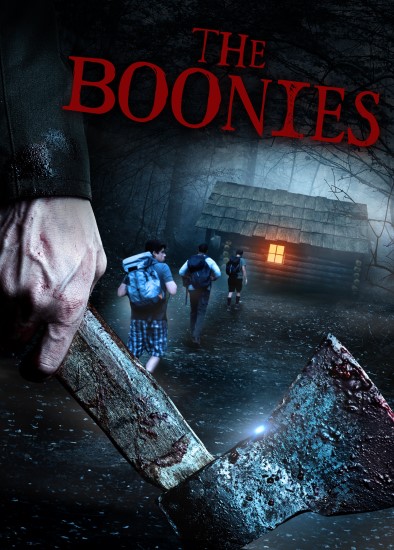 I am not going to lie; the plot is not original if you have watched other horror movies that take part in the Appalachian woods. The villains are hillbillies and this movie retreads those old cliché stereotypes which have been done better elsewhere and far more competently.

No, where this movie shines for me are in the elements that do not quite work. The actors in this film are generally competent, but the script and direction are at times cringeworthy and baffling. Aaron (Matt Schultz) the main character of this movie is not the heroic type. In fact, the story does its best to paint the main character as a whiny, self-centered, unlikable loser who does not push the story along at all but is beset upon and rescued throughout by dumb luck or people slightly more competent than him.

Aaron cannot in anyway be described as the protagonist, he does not drive the story forward, this is reserved for Hailey (Jess Uhler) who is also passive for a length of time until it’s time for her not to be passive anymore.

The dialogue is generic and feels like back story to get us familiar with the characters and their relationships rather than as anything needed to push the narrative forward.

The practical aspect itself of the dialogue scenes is further broken up in several scenes by the switching of cameras. I do not know if there was any ADR done for this movie, but a couple of scenes stand out in that the volume changes between different camera angles. This causes the volumes between the two parts to not match up. A split that can end one’s suspicion of disbelief. Thus, giving the audience member time to pick apart the movie on a technical level.

The sound issue was the flaw that was least enjoyable, however there were fun moments in this film that capture the fun of a good horror flick. You come to appreciate how dumb horror characters are in their lack of common sense or logic.

In this regard, this movie is a comedy. People sneak up on other people in the woods or in gloomy basements with no trouble just walking up completely unobserved. Binoculars are needed to see a fight happening not more than maybe fifty feet away from the observer, while the observer stands in full view in the open and in stark contrast to his surroundings. Or how twine and a couple simple knots attached to a screw eye holds fully grown adults in captivity.

People, this movie is a hoot. There are some gruesome bloody bits, my favorite involving a rubber mallet. This movie is unrated but should carry an R or mature rating for the violence, blood, gore, rape, and Bible verses. I give this movie a 4/5 and recommend it to any fan of the genre in need of a good laugh.

One thought on “The Boonies – Film review”