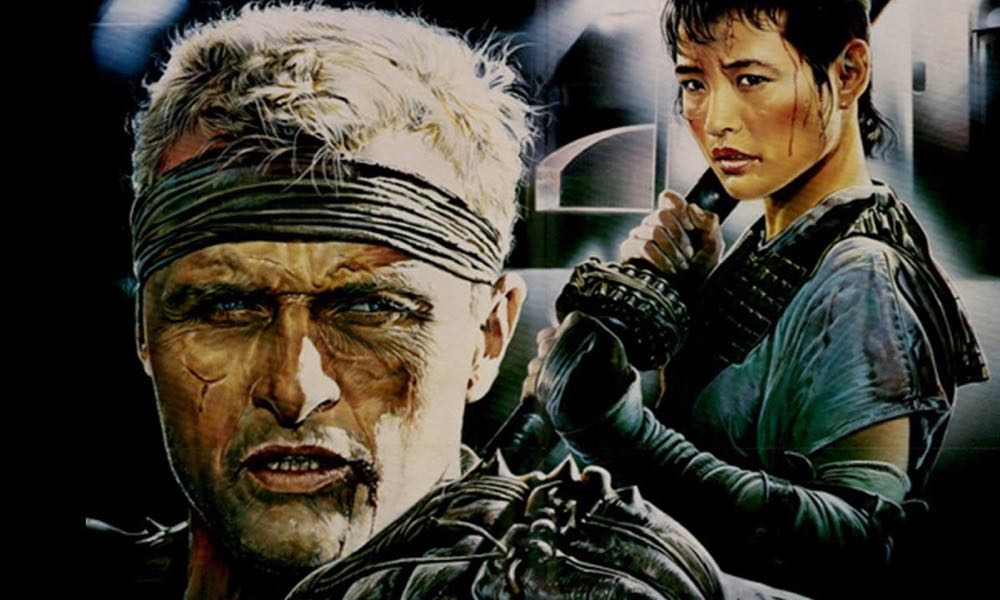 I re-watched the post-apocalyptic movie The Blood Of Heroes tonight. It’s a movie I haven’t seen in years. I didn’t remember much about it, beyond vaguely remembering, the film portrays a future highly reminiscent of Road Warrior and the plethora of films attempting to copy that iconic movie. That’s where any similarity ends. The Blood Of Heroes paints a far grimmer, brutal, and car-less future and an in-your-face portrait of a hellish used-up world. As if that weren’t enough, It simultaneously and not too subtly reminds us that no matter the circumstances, people remain, mostly the same brutal creatures we have always been. This is an action-packed and violent film that doesn’t spend much time on subplots. The story it tells is mostly uncomplicated.

The Blood Of Heroes portrays a makeshift world where the only entertainment is a makeshift sport whose participants are known as juggers. Art direction is significant in world-building, and the art direction in this film is really well done. Everything is a reminder of a better past. The armor the juggers wear, the shelters, and mostly everything is assembled from remnants originating in the past, found bits of stuff repurposed for the brutal and grim world of the future.

Even though it uses classic sports movie tropes in its makeup, The Blood Of Heroes does not seem all that much like a sports movie until the film’s big climactic match towards the end of the film.  It becomes more of an examination of its characters. The sport portrayed in this film is much closer to actual combat, violent and brutal. Players get bloodied, crippled, even blinded, and maimed. It’s a merciless sport that can get you killed if you are not careful and even if you are. This is the same old law of the jungle reborn in a different new form.

We soon learn it’s still a world of haves and have not. It turns out there are subterranean cities where a wealthy aristocratic class dwells. Although still overcrowded and still under the class rule, these places’ circumstances seem far less undesirable, miserable, and comfortable than their counterparts that barely survive on the surface.

Not familiar with this title? The Blood of Heroes (also released as The Salute of the Jugger) is a 1989 Australian-American post-apocalyptic film written and directed by David Webb Peoples, produced by Charles Roven, and starring Rutger Hauer, Joan Chen, and Vincent D’Onofrio. Del Roy Lindo and others. The cast really puys this one over the top, with Hauer and Chen doing most of the film’s heavy lifting> D’Onofrio is delightful as the somewhat cocky young member of the crew. Hauer turns in a memorable performance, one worth seeing again. Chen does the same and is at the peak of her beauty. And sexy as hell.

The Blood Of Heroes reveals itself fully as a sports film towards the end. The group of Juggers the film follows are suddenly the classic underdogs that may or may not surmount unbeatable odds and emerge triumphant and claim their just rewards, including redemption and the promise of a better life. The Blood Of Heroes is an excellent film deserving more recognition.