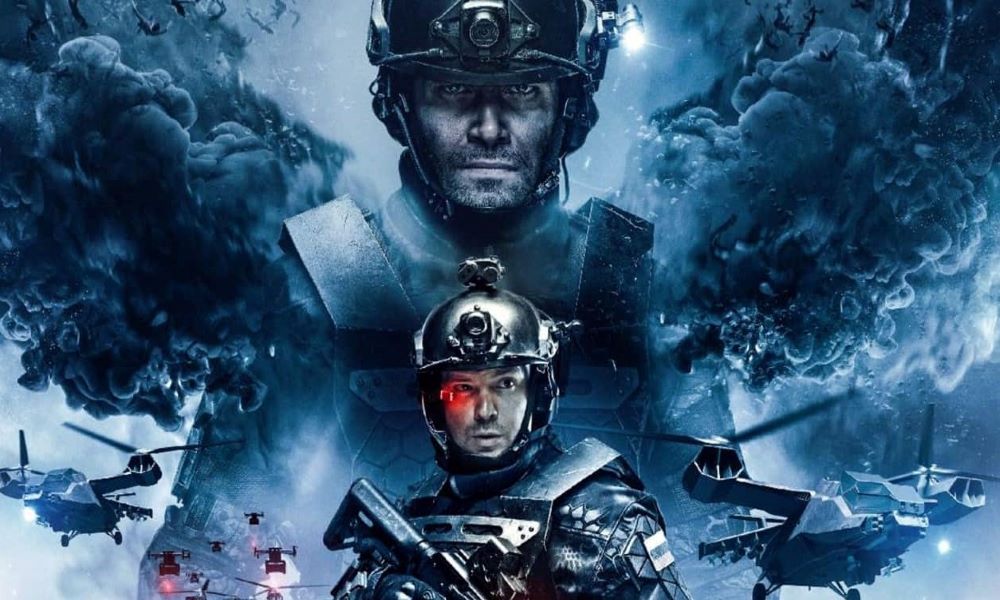 It’s impressive when the only immediately apparent flaw of your film is cheesy voice dubbing. 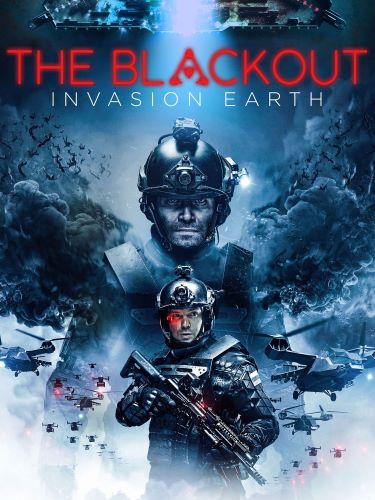 Other than the out-of-sync and not very emotive English voice overs, The Blackout is immediately arresting with a stark visual style of blazing lights and looming shadows: reds and whites and pale yellows representing a feeble light against the gathering shadows.

Although the world of the story is clearly set in the far future judging by the flying vehicles and holograms, there’s a disarming roundedness here. Soldiers fire bullets, not lasers. Futuristic machines malfunction and are barely acknowledged by a populace which considered drone delivery a typical event. It pulls back from being fully invested in science fiction technology by continually bringing the focus again and again to the people. A character lives at home with his deteriorating mother. We shift from floating traffic to a typical dinner at a restaurant. The mundane nestled in the fantastic, making both seem more interesting. Refreshing!

When the big event occurs and the action starts it is creatively shot and sharply edited. The effects work is top notch and as silly as a futuristic city might seem on paper this is probably the more plausible version of one in some time. Acting LOOKS solid but therein lies the stumbling point to a solid action science fiction extravaganza: the voice acting and the translated dialogue is poor.

“Did you remember to put on your pants?” a tough commander snarls at one point. “Because if you didn’t you’ll have to hear the briefing in your bare ass!”

There has to have been a better way to put this. I’m assuming although I don’t have the original script this line originally had something to do with the term ‘caught with your pants down’. It could have been phrased less awkwardly, especially since the translated dialogue barely matches if ever the lip movements. But the dialogue actually isn’t that important to the plot anyway. Most of it amounts to nifty and beautifully artistic action set pieces.

The plot as it unfolds is the farthest-fetched aspect of the production, but enjoyably so. It is extremely unlikely you will see where the plot goes because events just keep getting crazier. I liked not knowing where things were going thanks to any potential political agenda being nonexistent. This is just pure thrills, chills, and spills in a classic sense with some twists into the bargain.

If this film was in the original language and with subtitles and CONSIDERABLY trimmed down (it’s very very long) I think it might have been much more enjoyable, but even with this issue The Blackout is like a dozen genres all treated with gravitas and imagination.