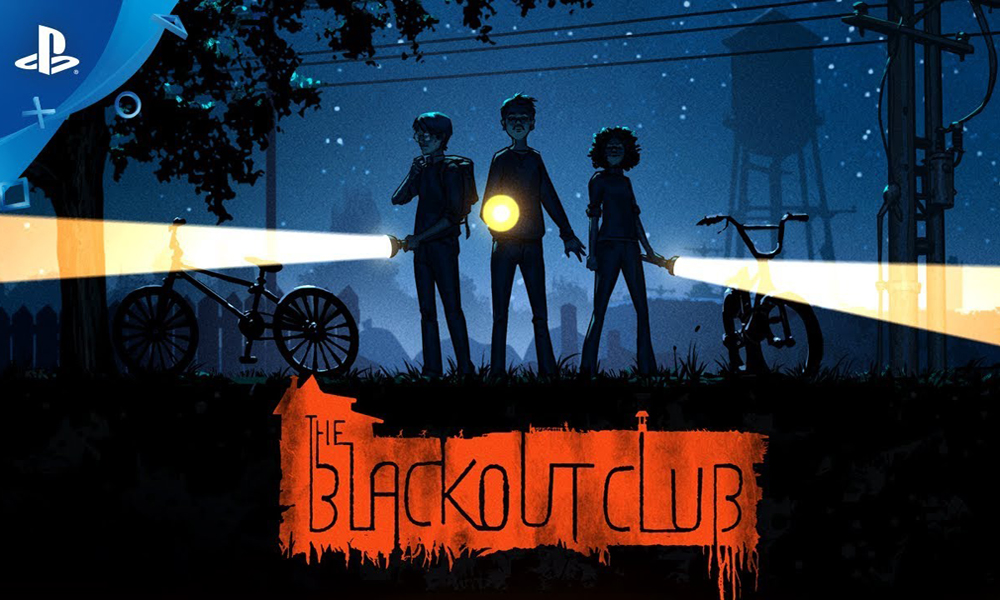 Type of Game: First person multiplayer co-op. Actually, it is a very unique brand of FP game and also unique as a co-op. Gone are the usual goals to blow up objective X or eliminate corrupt politician Z. Gone too are the myriad of high powered firearms with multiple ways to annihilate your enemies. Instead, enter a FP Co-op wherein your best 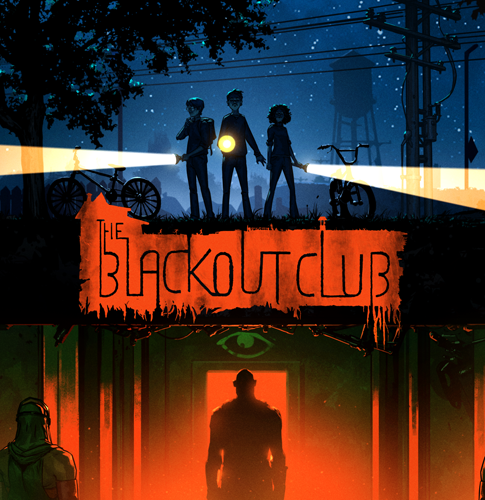 “weapon” is a taser and the usual goals of eliminating and blowing up are replaced with rescuing kids or finding information.

Concept: In the Blackout Club you play as a pre-adolescent “kid” who wakes up to find that the majority populace of your town has been commandeered by a mysterious entity that has rendered the people into blind sleep walking individuals, wandering about looking for other individuals that didn’t get the sleep walking memo. These “sleepers” are basically zombies without the “eat your brains” and body rot. They can’t see you but they hear really well. Therefore, sneaking is the name of the game. The game is split into nights, each evening with a specific mission that you and your “friends” cooperate to complete. There are extra missions that can also be completed for extra bonuses. There is promise of future installments with more mysteries and more answers. As a concept, I was very eager to play and get into the mysteries. Working together to solve mysteries and figure out puzzles? Hell yeah, and it also made for some funny exchanges with some random online players when a jump scare caught me or them unawares.

Controls: It’s your typical FPS interface. Moving around is easy enough and there isn’t a steep learning curve. Once you’ve navigated your first domicile or backyard, you’ve pretty much mastered this part of the game. Each mission uses the same neighborhood and buildings, although more parts of the neighborhood open up as the game progresses. You get used to the environment over time and that’s a good thing as you have to learn the best way to run from a bunch of baddies or ditch the “Shadowman” (more on him later), using your best escape plan, often using hidden compartments, tunnels, or climbing fences as fast as you can. One of the more interesting controls is the way one detects the Shadowman. He cannot be seen with regular sight no matter how good the lighting in your present location. You can only detect him by… gulp… shutting your damn eyes! Nevermind that this totally incapacitates your ability to see the rest of your surroundings… or other sleepers in the vicinity. Crazy moments occur in the game when you’re having to navigate a scene where both sleepers and the Shadowman are present. A blinking effort, going in and out is required and can be hectic.

Graphics: Probably the biggest downfall to the game are the graphics. There is nothing groundbreaking in the graphics. They fall short of so many of the “beautiful” FPS games out there these days. Given that the majority of the game occurs in limited lighting this does not detract too much from the game but you cannot get over the frustration that this game really feels like it was produced in 2002 instead of 2019. However, there are some genuinely very creepy sequences and the underground/cavern settings are especially well done… those crazy veins/arteries that reverberated with the eerie piano! What was there purpose?

Overall gameplay: Great game. The concept makes up for some of the lack of depth to the graphics. I found that most of the other players I played with mostly got interested in the uniqueness of the concept and stayed for the horror. Finding a viable group to play with was sometimes frustrating and took several attempts to find a group with whom to play. Finding an especially adept group of players really improved the game experience for me. Finding a bunch of newbs wasn’t as bad as all that either, sometimes for the humor factor. It does get a bit frustrating that the most effective weapon at your disposal is a taser (although a crossbow can sometimes be found). Innocent or not, as these sleepers may be, I don’t care. I wanted to blow up some bodies… desperately, and only being able to taze and run gets to be tedious after a while. My overall grade would be a solid B, in the 85 out of 100 arena. If you enjoy co-ops and playing with a group of friends, then for sure, check out this game. If I had the opportunity to find a group of buddies with whom I could play this game repeatedly, on different occasions, my enjoyment would have increased. Convincing a bunch of friends to throw down the requisite funds to buy this game…, well, that’s a challenge on its own.