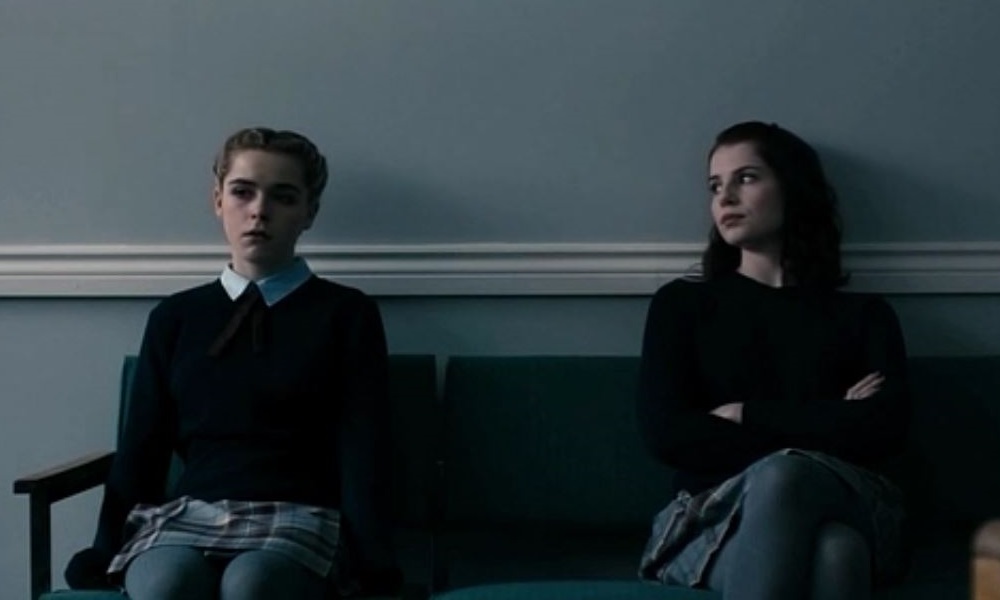 One doesn’t normally think of Canada as a bastion for horror movies, but it certainly knows how to assert itself when it wants to. David Cronenberg hails from the Great White North, after all, as do noted genre exercises like My Bloody Valentine and the Ginger Snaps series. The Blackcoat’s Daughter makes a fine addition to their ranks: cut from the same cloth as The Witch, complete with a slow-burn premise that plays out in subtle yet surprising ways.

It’s all the more surprising considering the way it starts: at a Catholic girls’ school with the usual whiff of repression and teenage rebellion in the air. Two girls remain alone with the staff over the holidays, waiting for parents who may or may not arrive. The younger Kat (Kiernan Shipka) suffers from troubling dreams, while the elder Rose (Lucy Boynton), suspects she may be pregnant. The action periodically shifts away from them and to a third girl, Joan (Emma Roberts), who has just escaped from a mental ward and gets a ride from a seemingly kindly couple towards parts unknown.

The components feel recycled from countless would-be thrillers before. Hints of witchcraft and Satanism pepper the girls’ dialogue, and we know that Joan is connected to the other two in ways that will only be revealed in the late innings. But director Osgood Perkins shows no interest in wallowing in clichés. Instead, he hints at things we think we know, then surprises us by moving in an entirely different direction. The journey occupies him as much as the destination, and The Blackcoat’s Daughter benefits immeasurably from the attitude.

Most of it entails a deliciously moody atmosphere, full of tension and hidden details, which allow the secrets to percolate properly. We’re submerged in shadows and the bleak whites of winter, all cold and still and ominously quiet. When the scares arrive, they don’t shock us so much as bring the suspense to a satisfying release point: terrible revelations cloaked in sudden, brutal action. The plot points are simple, yet carry the requisite power without falling into gimmick territory. They work because Perkins has done the legwork, prepping us for them without pinning all his hopes on their ability to blow us away.

The three women play a large role in the film’s success: able to exude sympathy and menace in equal measures as the script calls for it. The movie hinges on their connection to each other, and to the school closing in eerily around Kat and Rose, but our changing understanding of them comes slowly and gradually, not in ungainly jolts. Roberts, in particular, feels the vibe out perfectly. She’s feasted on bitchy queen bee roles lately, and the change in demeanor here adds to the film’s delightful ability to rope-a-dope us. The Blackcoat’s Daughter walks a fine lie between our expectations and narrative reality. Without the three leads to guide what we believe, it simply couldn’t maintain that balance.

As it stands, it demonstrates one of the many reasons why genre has so much staying power. It’s easy to make a bad horror movie, but good horror movies can be made just as easily with just a little care and attention to detail. The Blackcoat’s Daughter succeeds largely on proper technique and a good script, aided by a cast and director dedicated to doing right by the material. Its elegant scares hearken back to older trends in the genre, and yet it stays contemporary and up-to-date. The blueprint merits careful study for anyone hoping to generate proper scares: quiet and creepy, devoid of histrionics, and with a payoff that feels earned instead of crammed down our throats.

The Blackcoat’s Daughter is currently available in theaters and On Demand.