The Black Hole (1979): Disney’s Iconic Classic Is Remarkable For The Wrong Reasons 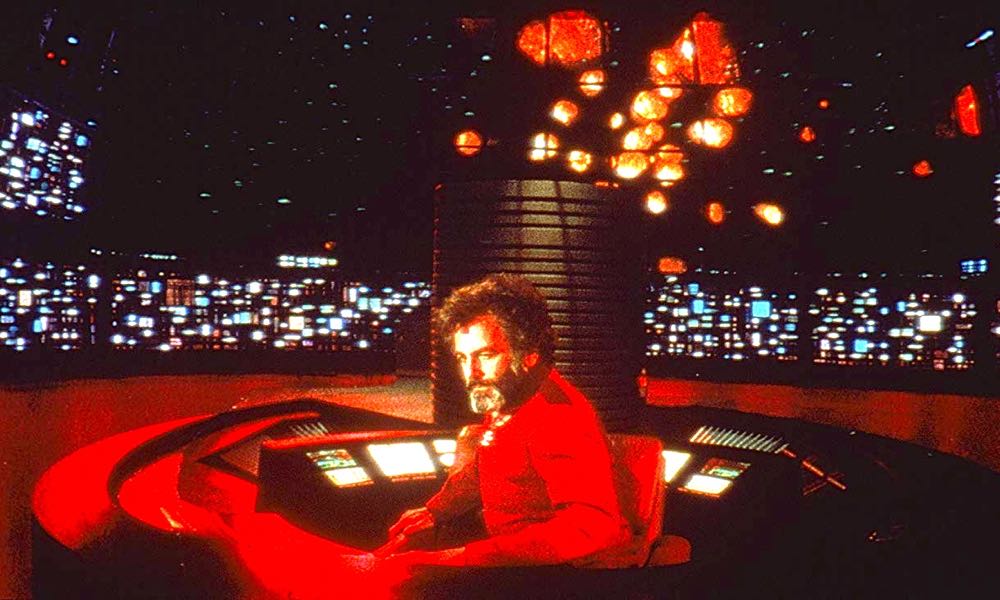 Due to overly active sentimentality and a less-than-accurate memory, I made the misguided decision not long ago to revisit Disney’s The Black Hole. Wow, if there was ever a way to measure just how much George Lucas revolutionized science fiction movies (and movies in general), this is the film to use.

After so many years, watching the film again was a shocking and surprisingly disappointing experience that made me realize The Black Hole is Disney’s bizarre, surreal attempt to pass off some hastily assembled gothic horror film aesthetics combined with a half-hearted attempt to transport them into an outer space adventure. That added up to a dismally sad example of the movie magic we have come to expect from Disney’s studios, which is difficult to explain. A reminder that even the mighty house of mouse doesn’t always get it right.

This film is a genuine puzzle. How such a poorly written attempt at a movie could ever pass muster as the studio’s response to Star Wars is a real mystery. This feeble attempt to bridge gothic horror and science fiction genres has little to recommend outside of a few memorable moments visually. It’s not just the writing that’s less than ideal. The rest of the movie, from art direction and inexcusably bad and cheesy special effects two years after Star Wars, to characters, painted so broadly they are little more than cliched caricatures. Hard-core fans will point at the film’s practical effects as preferable; I’m afraid I have to disagree. Part of the problem may have been Disney’s failure to commit to making an adult science fiction film entirely. If you are trying to create a gothic horror-type effect, why put in so many cutesy elements designed to appeal to kids?

If you are not familiar with this film, its narrative relates to a  story about a group of space explorers and their cutesy robot named Vincent (an obvious R2-D2 imitator). These explorers are the protagonists in the story. They  ‘stumble’ upon a massive black hole in their travels and also a ship that disappeared 20 years earlier, the Cygnus, inexplicably capable of resisting the enormous forces at play in the area. The Cygnus gets operated by a lone uber-mad scientist Dr. Rhinehart (melodramatically portrayed by Maximillian Schell), a crew of drones, and a menacing robot named Maximillion. The explorers discover the scientist is crazy, has transformed his shipmates into automatons dependent upon him, and has plans to fly into the black hole to learn the secrets of the universe. That is where the story begins to fall apart. The film’s screenplay brings all of the story’s elements together and then leaves us hanging, seemingly at a loss what to do with its disparate elements next. As a result, in place of a big finish, the movie fizzles in a vague, ambiguous conclusion with hints of a Faustian fate for the mad captain.

Maximillion Schell as a futuristic Captain Nemo puts in a  bizarrely memorable and disquieting (also possibly drug-fueled) way-over-the-top performance here; he chews up his scenes with menace and plenty of extra ham.

The Black Hole as a film is historically uniquely interesting for several reasons. First and foremost is the film’s cast that includes Ernest Borgnine, who plays the same constantly smiling, not overly bright, sort of generic blue-collar guy he made famous like the taxi driver in Escape From N.Y. Robert Forester as the ship’s captain of the explorers, is a living legend of 20th-century films and television. He is underutilized here outside of the rugged good tough-guy looks that made him well suited to all the character roles he played. Yvette Mimeaux is in the film also towards the end of her career, and far from the sex kitten she was in The Time Machine, they gave her bad hair, and she looks and acts somewhat timid and mousy in this film. Another unmemorable generic young type played by Joseph Bottoms also appears. Rounding out the crew of explorers is Anthony Perkins, still trying to outgrow his role in Psycho at this point in his career but still playing the same sort of nervously neurotic type he got typecast into often.

Another reason I find this poor movie so fascinating is to figure out what was going on in the collective Disney consciousness in 1979? Did they think they could compete with Star  Wars with this movie? I mean, I know the cocaine craze was having a significant impact on Hollywood at the time, and probably things were much the same on the east coast. This film represents a series of misguided decisions (one of which may have been making the film), including incredibly lousy art direction; the attempt to combine a gothic horror aesthetic with outer space futuristic spaceship design works well on the outside of the Cygnus but not it’s interior. Its apparent a lot of this film’s budget got spent on the film’s massive sets, but moderately impressive backgrounds cannot compensate for no story. Disney’s attempt to make an outer space adventure movie that also attempts to be a gothic horror movie at the same time fails in both respects, leaving us with a puzzling message and a story without a satisfying ending.

What do I like about this film? Not much, outside of a few genuinely thrilling moments. Some of the interior and exterior outer space shots of the Cygnus are nice. With the look of a space-traveling gothic cathedral, that ship is one thing the art direction got right. There was a lot of talk for years regarding a remake or sequel to The Black Hole, but it has yet to materialize.

Jon Spaihts was one of the writers who worked on the project, and more recently, he’s co-written the screenplay for Marvel’s Doctor Strange movie. He was hired to rewrite a draft of the new The Black Hole script during its development and got quoted as saying, ‘I sure wrote a heck of a movie and was thrilled to do it. It was very faithful to the original but clever in all the ways in that first film was silly, I hope.” Amen to that, brother; let’s hope we get to see it someday.