The Art and Making of Alien: Covenant – Book Review 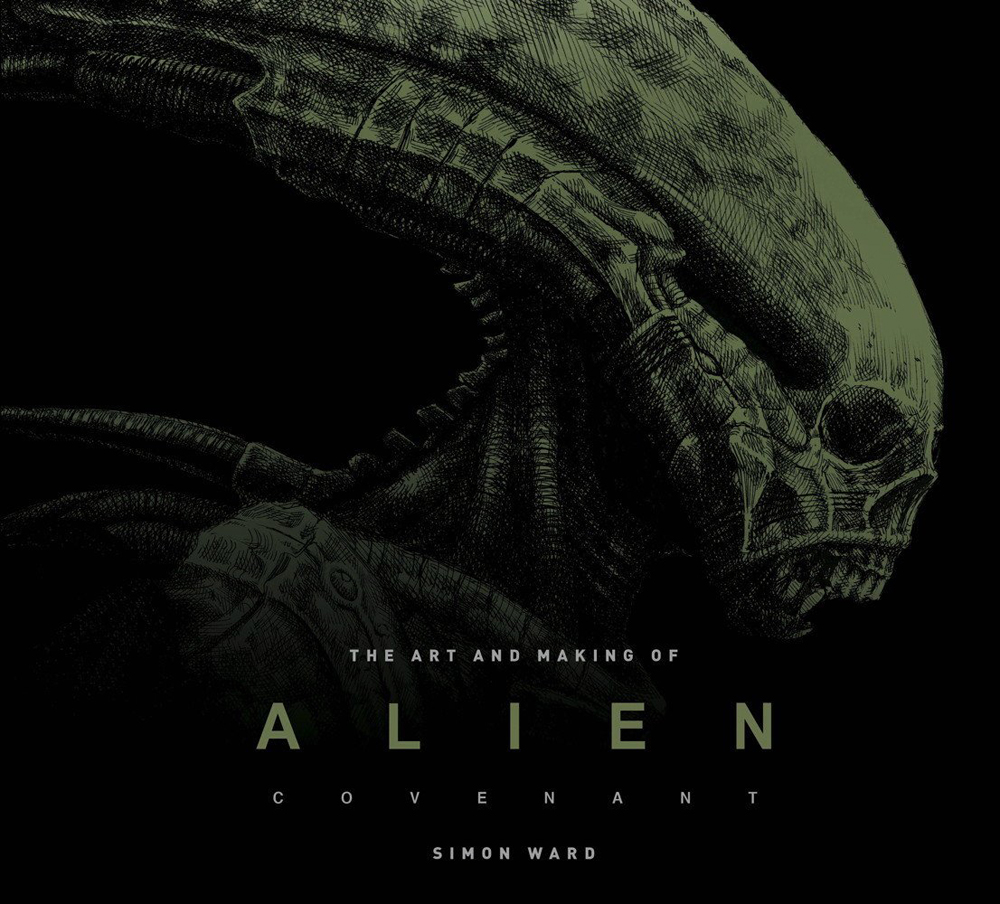 If you are any sort of a film aficionado, books about movies are your break from actually watching them. The process behind making any movie is always fascinating. When you reach the plateau of a film like Alien: Covenant, the fifth film in the franchise, one has to ask: what is else is left to know? I dove into Simon Ward’s “The Art and Making of Alien: Covenant” mainly to look closely at the character David’s (Michael Fassbender) lab and sketches that were glanced over in the film. I was a delighted to see and learn so much more.

The book is loaded with spoilers, but I would wonder why you would read such a book without having seen the film. Ward takes you through the film chronologically, which is exactly how director Ridley Scott shot it. Simon Ward’s interviews took me deeper into individual backstories about the characters than what was explained on screen. I was surprised that there was a same-sex married couple among the command crew, surprised to see how much religion played a part in Oram’s (Billy Crudup) leadership and decisions, and, much like the web-only content for the film, how much of a backstory was established for Branson (an uncredited James Franco) and Daniels (Katherine Waterson). I found it surprising that all this was contained here at not in the film. Does it matter in the confines of the story? Probably not, but in having read it all, those layers for the characters are there for me now and thus a part of the film.

There isn’t anyone I know who would not give their eyeteeth to work with Ridley Scott. So to hear personal stories and what it means to be a part of a Scott production was insanely gratifying. Demián Bichir, who plays Sergeant Lope, described it as being on his lifelong Christmas List. He further compared it to working with a heavyweight artist in the same realm as Jules Verne. Danny McBride, who plays the Covenant’s pilot, Tennessee, describes Scott as someone who finds the actor he wants to work with. He [Scott] will always bring you back if you go too far from what he wants. These types of stories and more are intermixed with the character bios for the film.

What I did not expect to learn was how much of the new Alien creatures or “Neomorphs” were actual puppets and physical objects. Today, with technology as advanced as it is for creating such monstrosities, we just assume that it is all CGI. In some cases it is, but Scott prefers a physical representation on set for both his reference and the actors’. “The Art and Making of Alien: Covenant” has side by side drawings and miniatures as well as CG renderings with full costumes of all the Neomorphs and Xenomorphs in the film. You will furthermore appreciate Ledward’s (Benjamin Rigby) scene in the medical bay of the Lander. There were all kinds of slimy things going on, for real!

The very reason why I wanted this book was for the art. H. R. Giger’s original work on Scott’s 1979 Alien film defined a generation of Sci-Fi and Horror. This book does not disappoint this fan of the franchise. I was surprised to see how many miniatures, blueprints, and concept art renderings were included and not just of the Xenomorph. When I did arrive at David’s Drawings (pg. 138) I found myself scanning these horrific yet beautiful black and white creations. I did have to squint a bit to read David’s notes on each subject, but it was well worth it to see how far this machine had evolved his “perfect creation”.

Movie books, for while at least, seemed like the norm for marketing and supplying fans with a tactile behind-the-scenes look at a film. With the internet literally spoiling the process of what goes into a film, interviews of all kinds on every outlet, and images being Tweeted out by the studio itself, there doesn’t seem to be anything left to discover. Despite all that being done, Simon Ward delivered a perfect tour on what went into the making of Alien: Covenant. I, for one, found a richer experience than I had hoped for.

Order Simon Ward’s “The Art and Making of Alien: Covenant” on Amazon here. 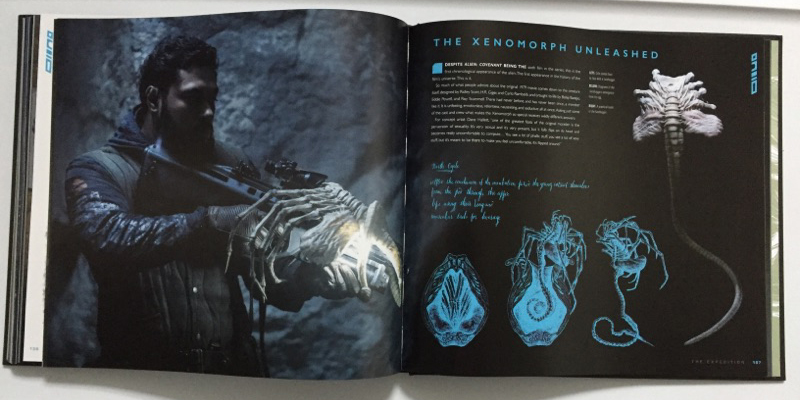