The Andromeda Strain was the first book written by bestselling author Michael Crichton under his real name, after having written a number of novels under pseudonyms. The 1969 novel was one of the first techno-thrillers and the grandfather of biological outbreak films. 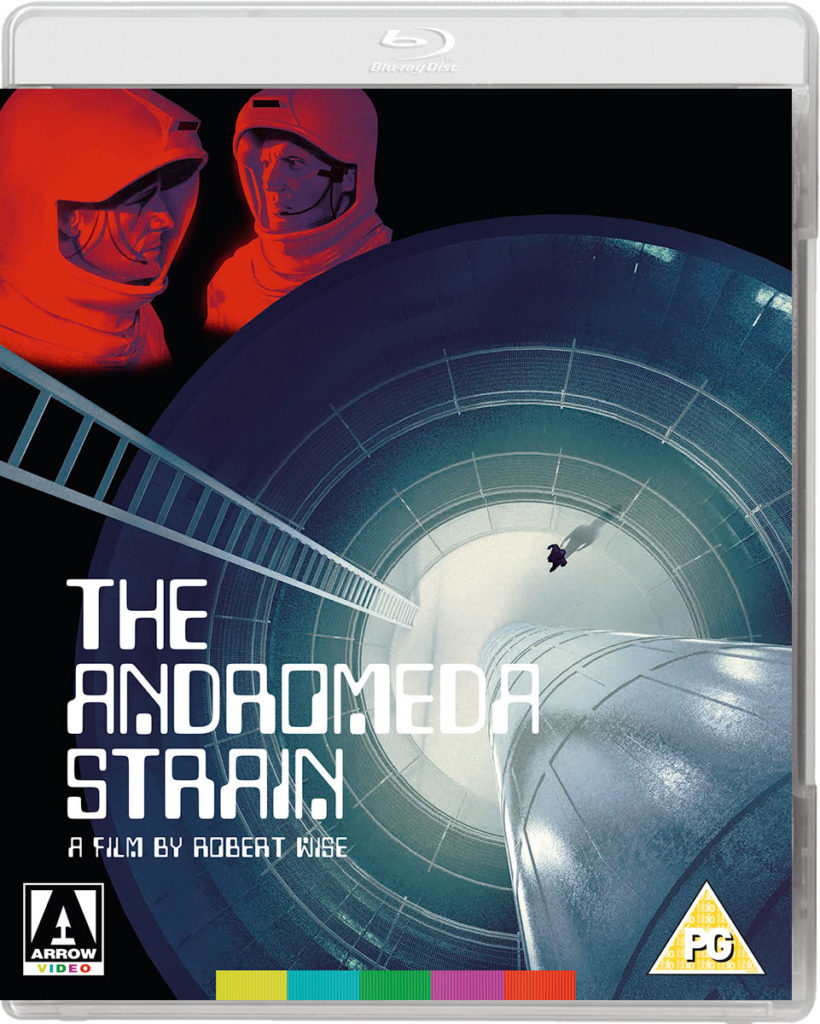 A U.S. satellite crashes into the small desert town of Piedmont, NM, bringing with it an organism which kills nearly all of the town’s inhabitants except for an infant, and an alcoholic old man. The military recovers the satellite and takes it to a secret underground research facility in Nevada named Wildfire. An elite team of doctors and scientists are sent to the lab to investigate the satellite and figure out how it killed the town’s residents.

Much of the film centers on the investigation as the team utilizes various high-tech equipment to analyze the wreckage of the satellite as well as the two survivors. The team is headed by Dr. Stone (Hill) who seems to know more about the satellite than he is letting on.

Considering the film is nearly 50 years old it’s quite a surprise that the technology doesn’t look more dated. Outside of the computers the equipment still looks impressive even by today’s standards, owing in part to Crichton fudging on a lot of the technical details and virtually making things up along the way. His novel even included a fake bibliography of the “sources” he used when the book.

Dr. Mark Hall (Olson), a surgeon, is tasked with the responsibility of possessing the only key capable of halting the facility’s self-destruct contingency plan in case of infection. He has just five minutes to shut the sequence off to avoid detonation of a nuclear device.

While not a film packed with a lot of action it definitely hits the high notes with its tension and suspense. You can feel the stress of the scientists as they work around the clock to figure out the mysterious outbreak before any more lives are lost. The burden weighs on the team, fraying their civilities towards each other.

The cast absolutely sparkles throughout, especially Olson and Kate Reid who plays bio-chemist Dr. Ruth Levitt and who also keeps a deep secret that could doom the mission. On the other hand the various military personnel and Washington bureaucrats portrayed in the film come off as stiff and one dimensional. Thankfully their roles are small.

Despite its age, The Andromeda Strain is still a powerful and topical thriller with an outstanding main cast and a story the skillfully builds and builds suspense.

Audio Commentary
Author and historian Kim Newman discusses the film. This is the only new featurette. The other features are from an earlier DVD release of the film

The Andromeda Strain: The Making of the film
A Portrait of Michael Crichton

BD-Rom .PDF of the original script
Trailers and TV Spots