The Adventure of the Peculiar Protocols – Book review 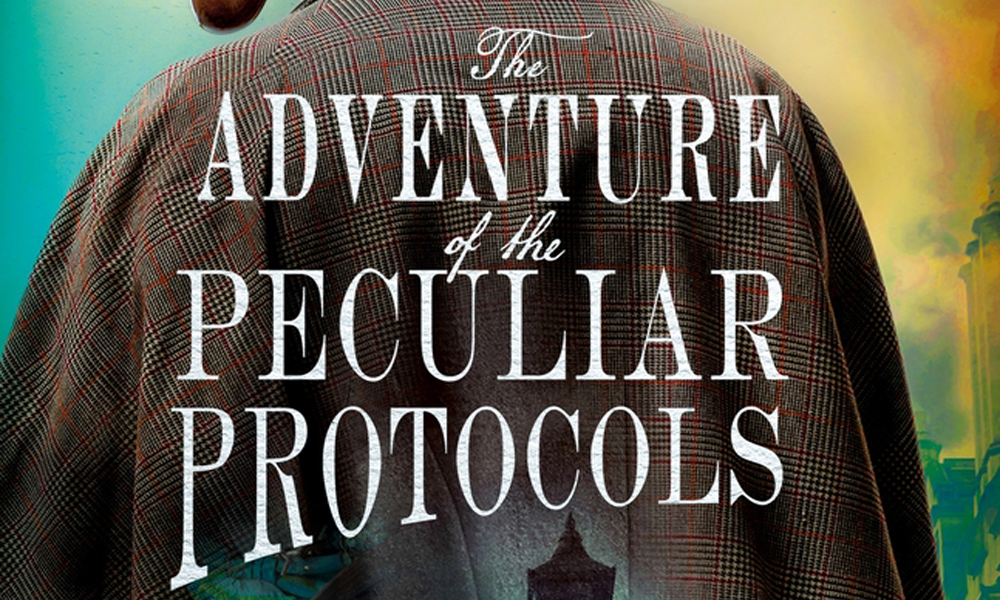 The Adventure of the Peculiar Protocols by Nicholas Meyer
Publisher: Minotaur Books
238 pages
Out of a scale of 1-100: 75
Reviewed by: Keturah Barchers 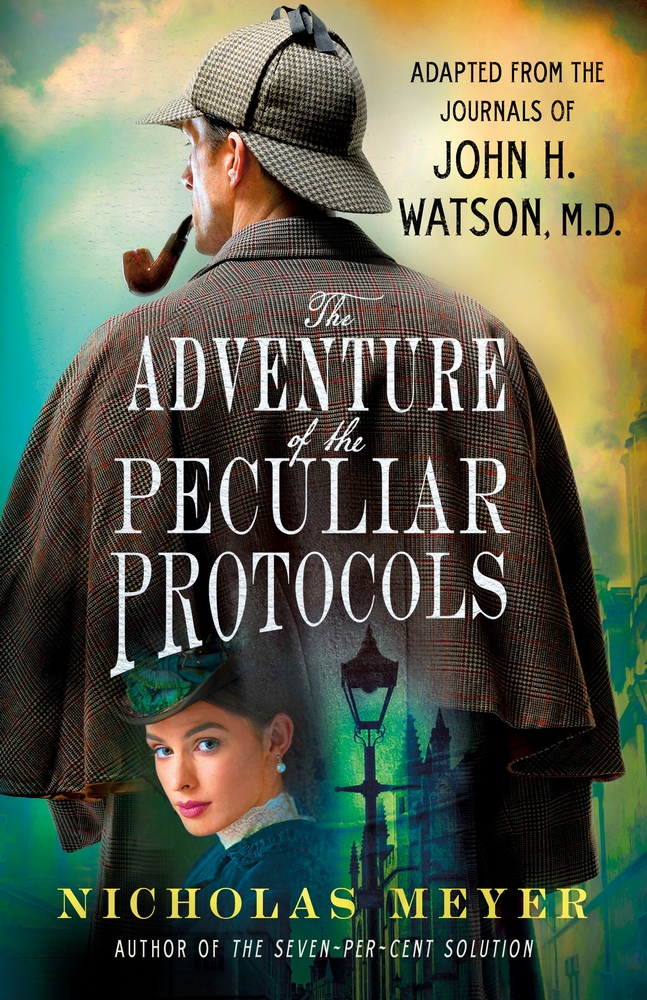 Holmes and Watson are at it again in Nicholas Meyer’s The Adventure of the Peculiar Protocols. John Watson has enjoyed marital bliss in his second marriage for two years, without Sherlock Holmes’s company or adventures. When Watson celebrates Holmes’s 50th birthday, Mycroft interrupts the festivities to put Holmes and Watson on a case to authenticate some racial and cancerous papers that are spreading throughout Europe. The documents lead them to Russia and a gorgeous young woman who volunteers to be their translator. Here is a story that holds all the elements that readers expect from a story that features the greatest detective the world has thus far known. With references to historical events such as Russia’s pogroms and the turmoil before the revolt against the Czars, the Orient Express, the NAACP, W.E.B Du Bois, Tolstoy, and Chaim Weizmann, fans will revel in the reality that this brings to the Sherlock Holmes world.

We are in an age of adaptations. Many of our movies and streaming series are of our favorite characters from childhood and beyond—their stories told then retold in, hopefully, a glorious fashion. And what fictional character has had more spotlight than Sherlock Holmes? His first movie debuted in 1905, and the first television series started in the 1950s. From there, Hollywood created rendition after rendition of the brilliant detective until we have landed where we are with BBC’s Sherlock. The famed detective has made appearance after appearance, and the fans have loved it. Here is a new installment for the people who adore this world. For those who love the feel of pages and smell of ink, who fell in love with the original Sherlock Holmes, Nicholas Meyer has gifted the world with a fourth adaptation that reads like an original.

As with the three other books, Meyer opens with an explanation of how John Watson’s manuscript was acquired, to give the reader the feeling of authenticity. To create the illusion of reality, Meyer keeps the interposing Editor character tangible and conspicuous. This technique shows off Meyer’s wit as the footnotes hint towards an editor compiling another’s work with humorous comments and clarifications on history or gaps in the story. It is clever, it is steady, it is delightful. It is another notch on the author’s belt of an already superb career in storytelling.

Not only with this amuse Holmes fans, but for those who enjoy historical fiction this is a pleasant read.