The Abyss: Close Encounters Of The Wet Kind 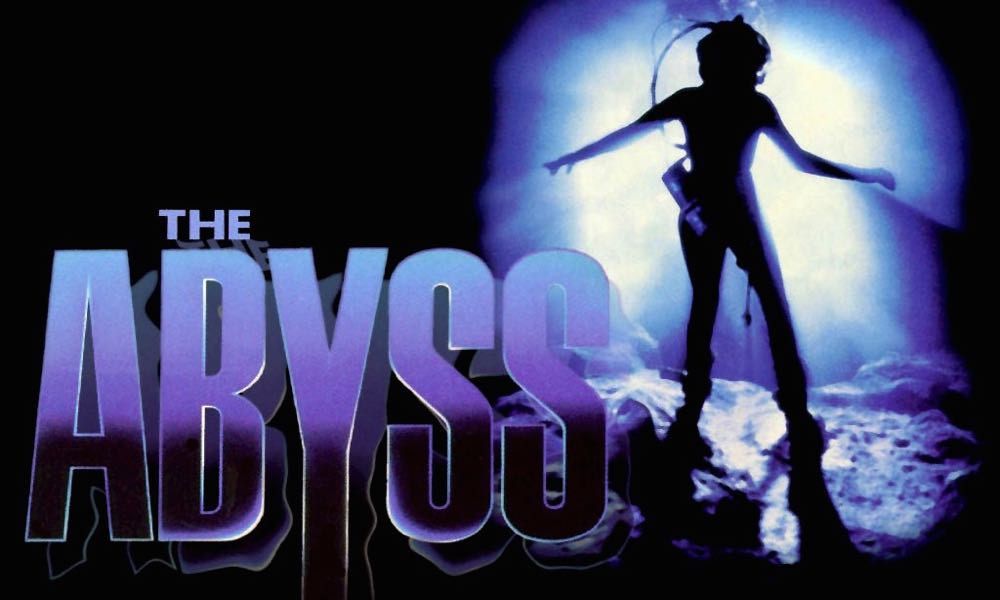 The reason the sub-genre of underwater adventures is so underrepresented is dealing with all that water can be a problem. Productions can be both physically and psychologically demanding for everyone involved. It may be time to dive in again.

Ever since I was a kid, and discovered Jules Verne’s “20,000 Leagues Under The Sea” (both the book and the 1954 Disney film), like many fans, I have been fascinated by the idea of underwater adventures. The idea of an alien landscape right here on Earth and the “otherworldly” life forms one can encounter in our planet’s oceans and waters are as strange as anything you might face in an outer space adventure.

James Cameron’s (written and directed by) 1989 underwater spectacle of alien visitation was a hugely popular and thoroughly enjoyable representation of the sub-genre. The Abyss was reminiscent of both Spielberg and Michael Chrichton. That gave the film a charming almost Close Encounters Of The Third Kind of feel.

The Abyss told a story about the events surrounding the response when an American submarine sinks in the Caribbean, a U.S. Navy search, and recovery team works with an oil platform crew, racing against Russian vessels to recover the boat. Deep in the ocean, the plot thickens when communications with the surface get severed along with the arrival of a powerful storm, and when they encounter something unexpected.

The Abyss was made more enjoyable because of a great cast that included Ed Harris, Mary Elizabeth Mastrantonio, Michael Biehn, Leo Burmester, Kimberly Scott and several others, with several noteworthy performances along with the film’s, at the time, cutting-edge Academy Award-winning special effects done by George Lucas’ Industrial Light and Magic. The studio unsuccessfully lobbied hard to get Michael Biehn nominated for the Academy Award for Best Supporting Actor.

What a lot of fans may not realize is The  Abyss, like a lot of other films that set out to tell a story about an underwater adventure, encountered a lot of problems with shooting and dealing with all that water, amongst other things. So many problems the film was nearly not made.