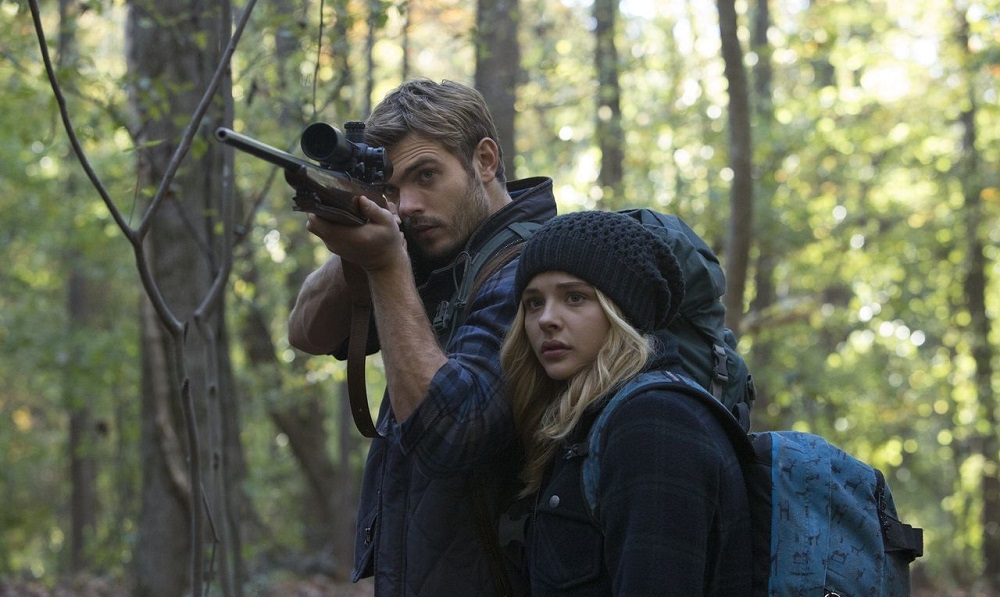 I give credit to The 5th Wave for making sure its storyline has a definitive ending, instead of pulling a this-is-just-the-first-chapter-so-come-back-in-a-year-to-see-how-it-all-turns-out maneuver to prop up its less-than-realistic franchise hopes. I also appreciate leading lady Chloe Grace Moretz, who really deserves better and Liev Schreiber, who could make reading the phone book interesting if only because his inscrutable face can evoke an intriguing mystery out of anything. That’s about the limit of my goodwill for The 5th Wave: yet another YA novel adaptation that seems to have lost the how-to manual somewhere between the bestseller list and the screen.

Alien invasion scenarios are old hat, of course, but the worst thing about this one is how it promises something different before willfully failing to deliver. The invaders arrive, hover menacingly above Ohio for a little while, and then proceed to launch a series of “waves” intended to wipe us off the planet. It’s a like watching Ming the Merciless push buttons: between the EMPs, the massive floods and the supercharged lethal diseases, our visitors from the stars wipe us out so effortlessly that you wonder why we’re bothering with a movie about it at all.

Yet no one seems particularly perturbed or upset by any of it. The hapless humans in the wake of all of the carnage treat it like a bridge closure on their morning commute, and as civilization presumably collapses, they general lack of griminess to it all becomes an active distraction. (This is the kind of apocalypse where there’s no food or gasoline, but plenty of make-up and hair care products.)

We see this mostly through the eyes of Cassie (Grace Moretz), a plucky teen protagonist out to find her little brother, stay alive in the woods and inevitably choose between a pair of possible paramours straight off the cover of Non-Threatening Boys magazine. She’s as by-the-numbers as they come, but the actress invests her with a rooting interest and a sense of character that few stars her age could manage. Sadly The 5th Wave can’t decide where to take her as a heroine, mostly because the “wave” gimmick is the only vaguely creative idea on display and the movie clings to it like a drowning man in a typhoon.

And then the titular “5th Wave” arrives. Or maybe it’s the 4th; the film is maddeningly unclear on that front. That, unfortunately, is the least of the concept’s problems because – having established that we are utterly powerless against these invaders, who can wipe us out more or less as they please – it embarks upon an overly complicated, underdeveloped and massively unconvincing means of wiping out the last survivors that (surprise!) gives Cassie and her various BFFs a chance to rally. The ponderous and nebulously defined nature of the threat would be bad enough, but The 5th Wave compounds it by 1) ensuring that the aliens still hold all the cards, 2) letting them fumble the ball anyway and 3) do so using one of the oldest and tritest sci-fi clichés in the book. You’re hardly aware that the thunderous climax has arrived until the dust has settled and the credits start to roll, and suddenly it’s “huh… guess that was the movie.”

We shouldn’t have expected much more, of course. Not in January and not with YA novels running neck and neck with superheroes as the only thing Hollywood feels comfortable greenlighting these days. But the underlying thought processes are so lazy here – so devoid of purpose beyond cashing in on a trend and leaning upon an actress who really deserves better – that even such diminished expectations feel like giving it too much. I recently finished watching the lovely Brooklyn, and wondered after The 5th Wave why Grace Moretz doesn’t make more movies like that. But Brooklyn’s star Saoirse Ronan herself made an ill-conceived YA alien invasion movie (the unwatchable The Host), and survived intact. We can only hope the same thing for Grace Moretz… the only ray of light in this depressing cinematic afterthought.