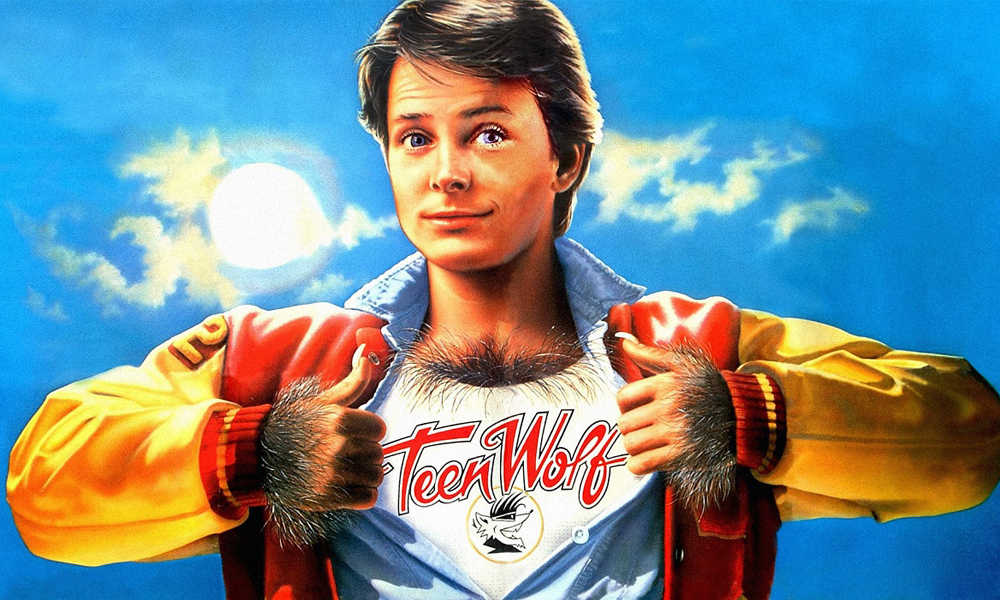 Scott Howard (Michael J. Fox) has all your typical teenage problems. Can’t get the girl he wants. He is terrible at the sport he plays. Scott is also blind to the fact that his perfect girl is already his best friend. Oh, and he is also a Werewolf. Teen Wolf, directed by Rod Daniel (Beethoven’s 2nd) and written by Jeph Loeb (Heroes, Smallville) was the eighties twist on the Michael Landon horror movie I was a Teenage Werewolf from 1957. Ironically, without the success of Back to the Future this film probably never would have seen the light of day. There aren’t many surprises here as it is your typical run of the mill comedy. It is Fox’s charm that has made this film an eighties classics. 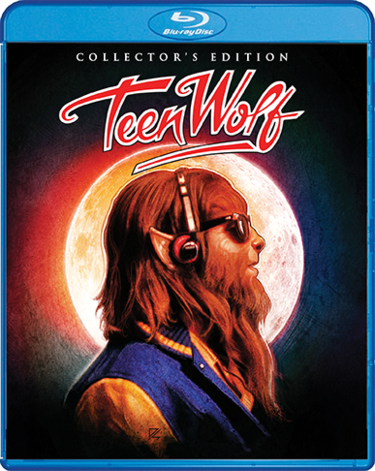 America loved Michael J. Fox or as he was better known, Alex P. Keaton on Family Ties. That TV show and Robert Zemeckis’ Back to the Future pushed Fox into the realm of superstar. Yet, Fox never really topped the success he had with these two properties. He nonetheless endeared himself to a generation of fans. In Teen Wolf, Fox’s Scott is the every kid, not quite a man yet, but dealing with his problems as only a kid can. He isn’t thinking with his brain and let’s other parts of his anatomy lead him away from his perfect woman, Boof (Susan Ursitti). Scott is more interested in the self-centered gorgeous actress who would rather toy with Scott’s affections than be his girl. All these changes when Scott becomes a celebrity in the town for being a Werewolf. This is a straight up comedy so there is no mob hunt for Scott or questions how a mythical creature is now playing basketball for the high school. This is just how it is. There are plenty of lessons to be learned as future comic book scribe Jeph Loeb takes his main lesson from Stan Lee. He paraphrases Spider-Man’s mantra a bit but Scott’s father (James Hampton) tells him “With great power, comes a greater responsibility”. Scott learns this the hard way and has to or there would be no movie.

Looking back the film is packed with classic eighties locals (same streets in Back to the Future). As well as actors you’ll recognize in bit parts that over populated the films of this decade. Let us not forget tons of eighties music and montages galore. Teen Wolf might be cheesy but you’ll howl at the moon for it every time it is on (yes that was cheesy on purpose).

The Blu-ray Experience:
Kudos go to Scream Factory for turning out an incredible Blu-ray transfer of Teen Wolf. The colors actually pop and look better than ever before. There are obvious dated make-up techniques used on Fox but they are only on the verge of looking bad. Perhaps too critical of an eye would say otherwise but they were not nearly as bad as Father Merrin’s in the Blu-ray release of The Exorcist. You’ll out howl at the moon, in the best way possible (Yes, I used the pun again).

Special Features:
The special features on this Blu-ray are a giant leap from the previous Blu-ray release by MGM. The original trailer was all that was present and nothing else. Thankfully, Scream Factory has added “Never. Say. Die. The Story Of Teen Wolf “. It is a fun trip down memory lane. Sadly no Michael J. Fox, but with everything that he has going on, I didn’t expect him to be on it.