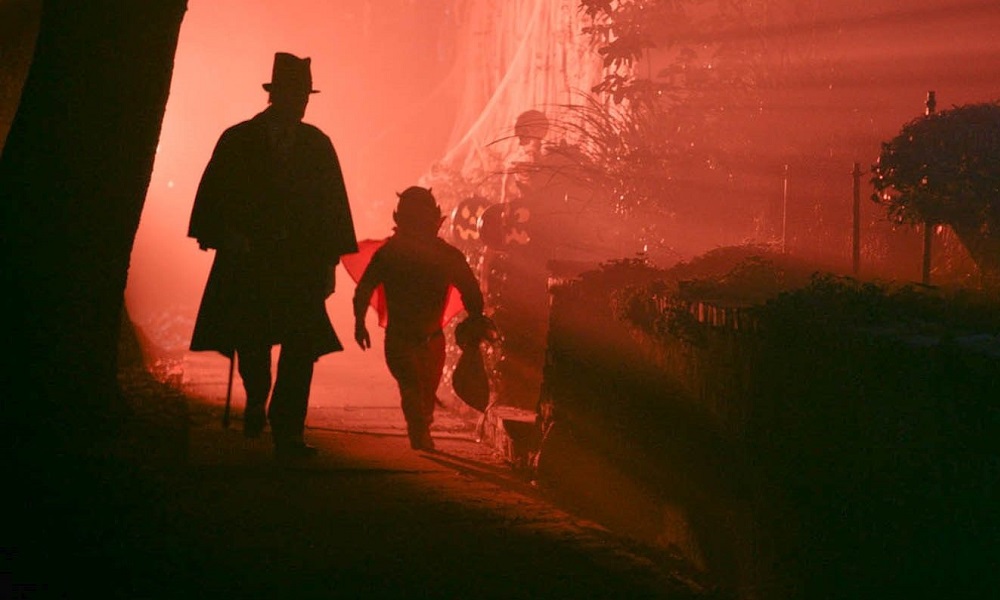 There’s an adage that Tales of Halloween lives by, as all good anthology movies should. If one segment doesn’t work, you only have to wait a few minutes to get another chance. Not all of the ten short movies that comprise its length are masterpieces, but most of them show at least a glimmer of promise, and a number of them are just plain fun. They all take place in the same town on Halloween, a town besieged by weird and unruly things every Oct. 31st. That makes for a nice enough set-up, and then it’s a question of which of its gaggle of directors can bring the concept home.

And to be sure, some of them can’t. A fair number of segments hinge on half-formed ideas: intriguing, but needing a little more development to find traction. Others just start out with an idea and go nowhere with it, coasting on our patience and the basic niftiness of it all rather than putting some meat on its bones.

And yet so much of Tales of Halloween is a stone gas, especially for those of us who grew up in the Carpenter/Dante era of monster movies, that its overall creakiness actually takes on its own nostalgic charm. And more than once, it finds the right combination of high concept and elegant execution that a movie like this needs to survive.

The capper comes from Neil Marshall, whose tale of an evil pumpkin manages not only to elicit a number of ghoulish giggles, but actually make a marvelous riff on the oddball cult classic Halloween III. Similar high points include a monstrous updating of The Ransom of Red Chief (with directing legend John Landis in tow, no less), an appearance by Barry “Brad” Bostwick as the Devil, and a boogeyman called Sweet Tooth with an eye on a pair of horny teenagers. The weaker sections can’t match the earthy wit of these treats, but all of them manage to catch the same spirit, which lends the film a unified feeling that serves it well. (It doesn’t hurt to have Adrienne Barbeau serving as mistress of ceremonies with a curtain call for her DJ in The Fog.)

Indeed, the film’s 80s credentials are heartfelt and earnestly presented, with particular attention paid to Carpenter, but plenty left over for all those other VHS pajama party standbys of the era. Tales of Halloween also remembers what too many of its supposed betters forget: that you can tickle the memories of something without simply ripping it off. This movie loves its material and the classics that inspired it, and it never sacrifices that passion for the expediency of a cheap thrill.

And as I said earlier, it’s hard to grow too restless. Whenever things start to feel like they’re leaving the rails, or the weaker parts of the film threaten to get the better of it, it simply changes gears. The tactic doesn’t always work, but when it does, it feels like a breath of fresh air. That’s enough to skate over the shakiest parts, and deliver a movie than more than meets its modest expectations.

And its status as VOD only demonstrates how much stronger that format has become in the last few years. Back in the Dante/Carpenter era, this would have gotten a theatrical release. Now its status in the theaters is token at best… and yet most horror movies that hit theaters don’t seem to love the genre as much as this one does. It’s no longer a badge of shame to go directly into homes, and as a means of keeping in the Halloween spirit while waiting for trick-or-treaters, you could do much worse. Tales of Halloween’s reach never exceeds its grasp, but what it does pull down feels well worth the effort.