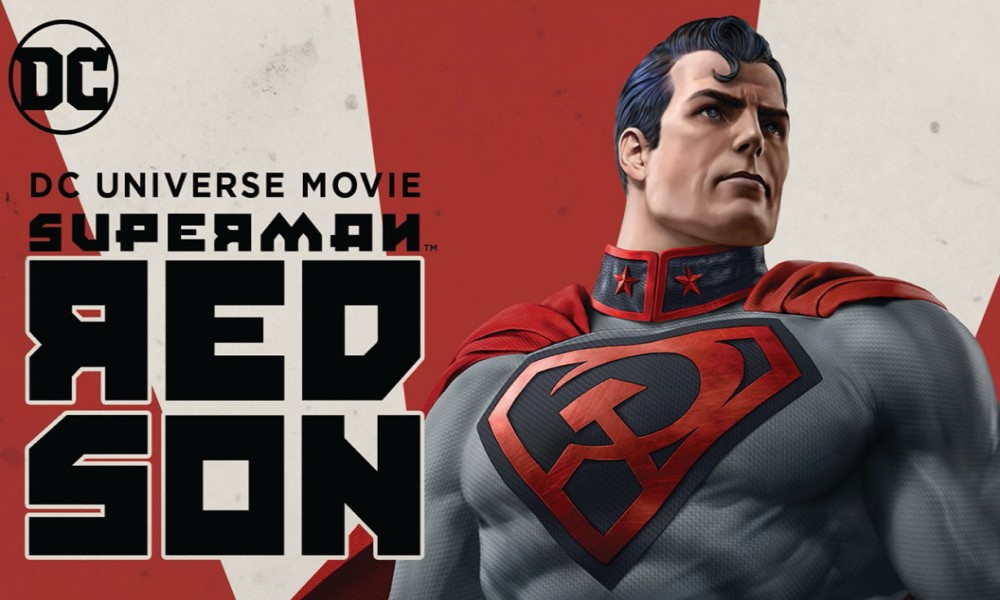 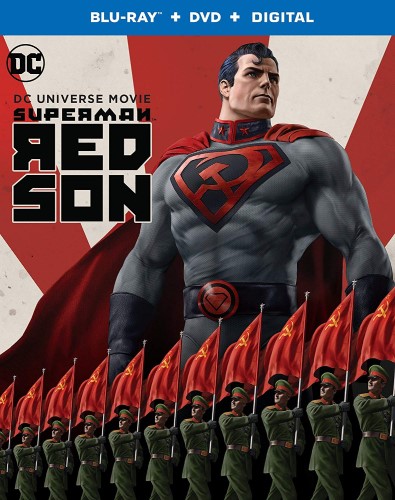 Superman: Red Son is the animated adaptation of the 2003 miniseries of the same name and written by Mark Millar. While it maintains the central plot it also makes many changes to the original comic series.

The basic premise is that the Kryptonian spaceship carrying the infant Kal-El lands in The Soviet Union instead of Kansas. The young boy, growing up in post-World War II Stalinist Russia becomes a tool for the Soviet Dictator. Instead of fighting for “truth, justice, and the American Way”, Superman is described in Soviet radio broadcasts “as the Champion of the common worker who fights a never-ending battle for Stalin, socialism, and the international expansion of the Warsaw Pact”.

Told much from the pro-Russian viewpoint, it is the United States which is cast into the role of villain. Superman sets out to stop America’s “aggression” in Korea and bring freedom to North Korea. Even when Superman discovers that Stalin kept dissidents imprisoned as slave labor and becomes the new leader of the U.S.S.R. he remains committed to Soviet state and its socialist doctrines.

The Soviet Union has its own version of Batman but this one is an anti-state anarchist and terrorist. With his underlings he commits a series of bombings in hopes of creating a revolution to bring Superman down. Meanwhile in the U.S. Lex Luthor creates an artificial “Superior Man” by using some of Superman’s DNA leading to an all-out brawl between the two. Superman: Red Son also features appearances by Brainiac, Wonder Woman, and the Green Lantern Corps which acts as an arm of the U.S. military.

As mentioned the film takes many liberties with the original story including how it handles Batman which is completely different and Wonder Woman who becomes little more than a feminist caricature adding an needed blast of social justice idiocy…because that’s what comics are all about today.

I’m no great fan of the work of Mark Millar as I think he displays little respect for the characters and creators who came before him. But, in this case, Superman: Red Son was an Elseworlds tales that allow creators creative freedom since the stories are not canon. There seems little reason for the wholesale changes that were made to the story other than perhaps egos that needed to be satisfied.

The voice cast was excellent and featured Jason Isaacs as Superman; Amy Acker as Lois Lane; Diedrich Bader as Lex Luthor; and 1970s singer/songwriter Paul Williams as Brainiac. A different, out-of-the-box cast of voice actors that I really enjoyed.

Despite the unneeded changes to the story, the basic premise behind Superman: Red Son is one that evokes powerful feelings. As Americans we have always looked at comic book heroes as OUR heroes and ones we can trust to look out for our interest. Red Son allows us to look at superheroes from a fresh perspective.

DC Showcase: The Phantom Stranger – Short feature with the enigmatic, supernatural hero The Phantom Stranger (15:07)
Cold Red War – A look at the cold war between the United States and the Soviet Union and how it impacted the story and film of Superman: Red Son. (16:57)