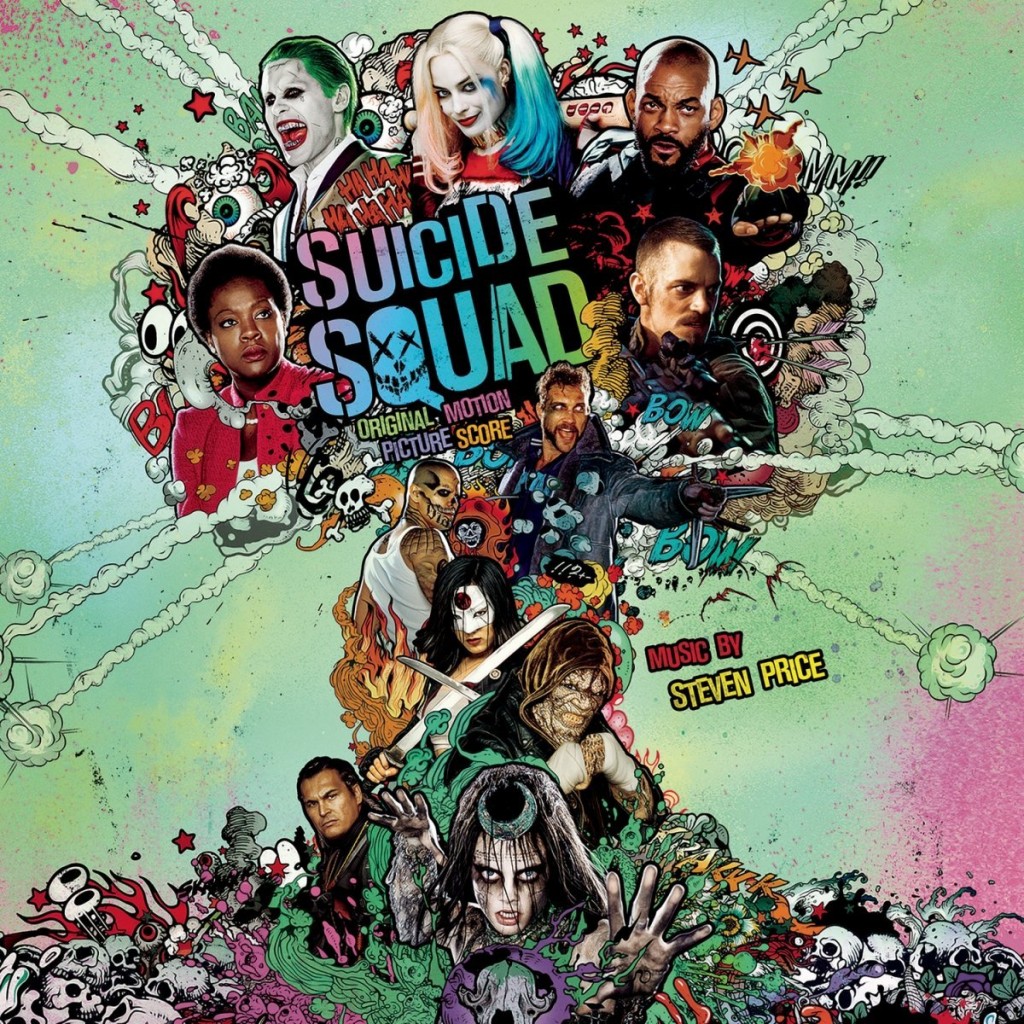 There is always a lot of hoopla for soundtracks for films like Suicide Squad and Guardians of the Galaxy. I’m not talking about the score done by a composer. What I am referring to is the soundtrack that features all the pop music which is what normal fans crave. Warner Brothers and DC Comics released Suicide Squad: The Album (seen here) featuring songs from Creedence Clearwater Revival, Eminem, and War. Oddly enough, a song that I found enjoyable in the film was Queen’s “Bohemian Rhapsody”. However, on the album, it’s covered by Panic! At The Disco. Thankfully, I have the original version. Regardless of your thoughts on the album, I am here to talk about Steven Price’s score.

Steven Price first caught my attention with his score to Gravity. That very same score won him an Academy Award in 2014. The connection here to the Suicide Squad is that Price composed the music to David Ayer’s previous film, Fury. After hearing both Gravity and Suicide Squad in their entirety now, I have to seek out Price’s Attack the Block (2011). Cleary this new talent is here to stay.

This isn’t your normal superhero film score. In fact, if you are looking for more modern epic themes and soaring compositions, I suggest picking up Hans Zimmer’s Man of Steel and The Dark Knight Rises. With that being said, remember this score is about a group of bad guys. It should be dark, mysterious, and unravel the evil. Thankfully, Price accomplishes that.

“The Squad” (track #17) is our slow build up to the theme from Suicide Squad (see “Task Force X”, track #1, for the full theme). Building on their failures and with a-nothing-left-to-lose attitude, Price reminds us that something dark is still deep inside each of them. With less than a minute and thirty seconds, Price brings all of these characters together for their one shining moment trumpeting them off to victory.

“Diablo’s Story” (track #16) is a departure from the pomp and circumstance gone awry found in this score. In fact, despite it being a horrific backstory for the character, “Diablo’s Story” is a somber piece. This music is reminiscent of Danny Elfman’s theme for the Penguin in Batman Returns. Yes, he is a very bad man who has done the unthinkable, but he knows how terrible it was. Price’s music only enhances Jay Hernandez’s portrayal, adding a dark layer of sympathy. It’s a great combination. I only wish there was more of this in the film.

“Worst of the Worst” (track #22) feels as if it is the Ennio Morricone piece of the picture, complete with eerie echo and slicing strings. This is more of the darker side to the Susie Squad score. It hints at a heroic theme, but suppresses it with his strings.

Remember when I said this was a villains’ score? Well, there is one track that is the exception. “That’s How I Cut and Run” (track #9) is Deadshot’s moment in the sun. Called out by Col. Flagg as a coward who kills people for money, he takes center stage and puts down the Enchantress’ creatures like no one else. It’a solid piece of music that reveals this villain is not the coward Flagg thinks he is.

This is a dark superhero score. You won’t find many of these populating your playlists. Thankfully, WaterTower music has 8 additional bonus tracks if you get the digital copy. I like hard copies myself, but I have come to realize that digital music is easier to take with you. Besides, who doesn’t want more music? After all, this is the only way you are going to get music for Killer Croc (bonus track #27). Who doesn’t want that?

Order the Digital Copy of the Suicide Squad Soundtrack from WaterTower Music HERE.