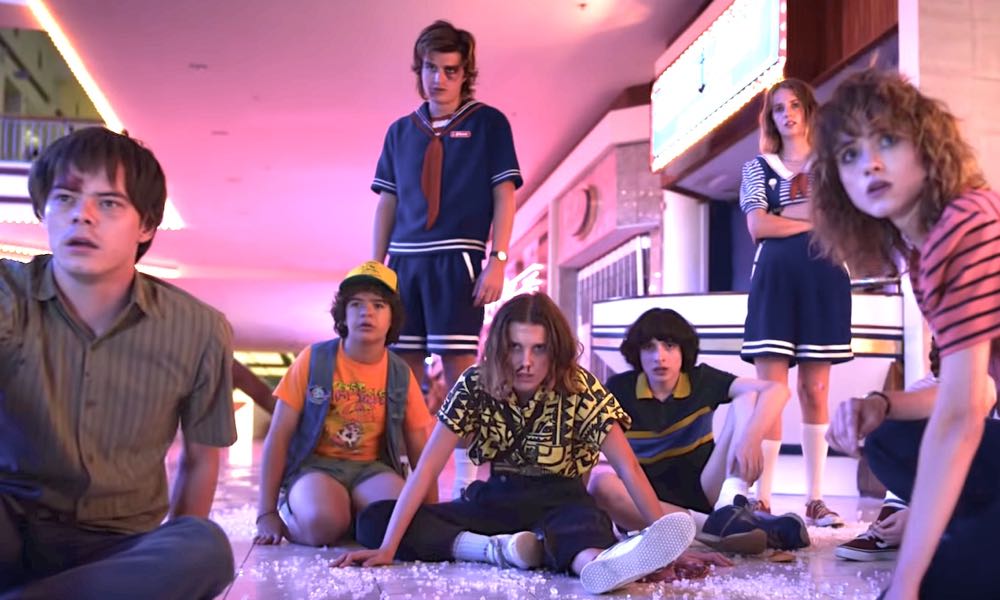 It’s back, or more accurately, it never left. Netflix has released a darker trailer for “Stranger Things” season 3. The long clip has a different feel and tone to it that highlights the more suspense thriller aspects of the show’s narrative, while things seem set to take an even darker turn in the town of Hawkins.

“It’s 1985 in Hawkins, Indiana, and summer’s heating up. School’s out, there’s a brand new mall in town, and the Hawkins crew are on the cusp of adulthood. Romance blossoms and complicates the group’s dynamic, and they’ll have to figure out how to grow up without growing apart. Meanwhile, danger looms. When the town’s threatened by enemies old and new, Eleven and her friends are reminded that evil never ends; it evolves. Now they’ll have to band together to survive, and remember that friendship is always stronger than fear.”

The gang is back once more: Eleven (Millie Bobby Brown), Mike (Finn Wolfhard), Lucas (Caleb McLaughlin), Max (Sadie Sink), Will (Noah Schnapp) and Dustin (Gaten Matarazzo). The fight they thought was over isn’t, and the stakes couldn’t be higher.

“Stranger Things” has been nominated for 10 Emmys and won six Creative Arts Emmys to date. Season 3 will compete at the 2020 awards. The show has also received four Golden Globe nominations.