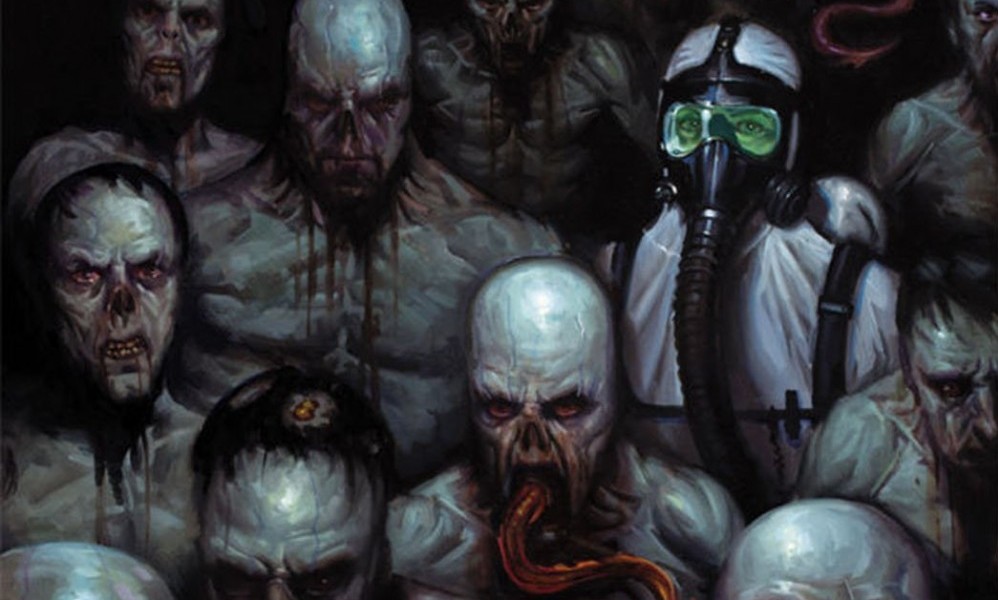 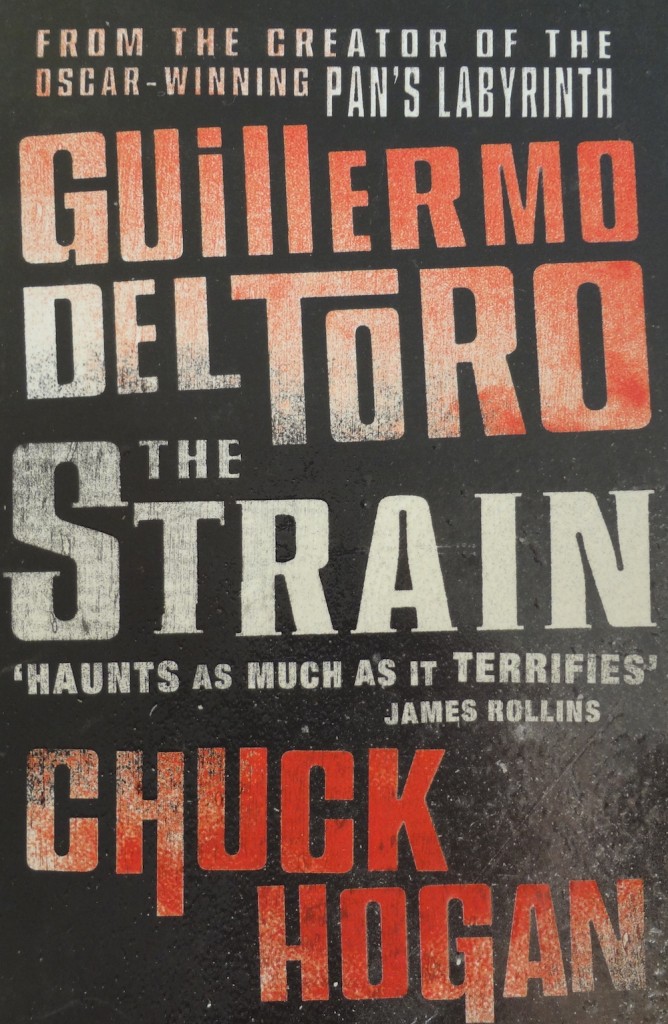 As is so often the case in sci-fi, fantasy and horror publishing nowadays, Guillermo Del Toro and Chuck Hogan’s 2009 novel The Strain is the first installment in a trilogy. It was followed by The Fall in 2010 and The Night Eternal in October of 2011.

The first question when faced with the first book in a series such as this is: “will I bother checking out the other books in the series?” Sadly, the question with The Strain is more “Am I even going to finish this book?” The Strain didn’t exactly have us scurrying to our PC to download the next book in the series to our Kindle to see what happens next.

The title might lead you to believe that it is super-virus story in the, er, vein of Andromeda Strain or perhaps the Steven Soderbergh movie, Contagion (2011). Turns out that The Strain is instead a revisionist vampire story. When an Amazon.com reviewer called it “a mixture between NCIS and Blade II” he had it right. It kicks off promisingly. Shortly after landing at JFK airport, all the passengers and crew aboard a Boeing 777 mysteriously dies right there on the runway. What caused their deaths? is the question facing our hero Eph, a scientist at the Center for Disease Control. Eph is as one-dimensional as best-seller heroes come. His back-story includes a divorce and his only distinguishing mark is a penchant for milk seeing as he is a recovering alcoholic.  The rest of the book’s characters are even more flat and don’t even get us started on Eph’s current girlfriend who has nothing else to do except stand around a lot.

Turns out that all the doomed airliner’s passengers have been killed by a super-vampire of sorts called “the Master” (groan). Soon they too will become vampires and then turn others into vampires. Seems the Master wants to build an army to fight some other super-vampires. Eph is quickly brought up to speed by an old geezer named Abraham Setrakian who has previously encountered the Master when he was an inmate at a Nazi death camp. Setrakian has been trying to track down the Master his entire life and might as well have “Basil Exposition” stamped across his forehead in how quickly he helps bring our heroes up to speed.

The Strain is apparently “co-written” by Guillermo Del Toro, known to movie fans as the director of Blade II, the Hellboy movies and Pan’s Labyrinth. How much Del Toro, who is one of Hollywood’s busiest film directors, actually contributed is anyone’s guess. (We’re always skeptical when celebrities lend their names to projects such as this.) However, The Strain does feel like Del Toro – even if it is watered down Del Toro. The vampires for instance don’t have any fangs. Instead, they have elongated jaws and “stingers” – long malformed tongues.

The plot and characters feel like something out of a Hollywood movie (there were talk once of it being made into a movie but has been made into a TV series instead). That is The Strain’s biggest weakness: like many Hollywood movies, it is predictable to the bone. One-dimensional characters and a cheesily named villain don’t help matters either. Haven’t they seen any old Doctor Who episodes?