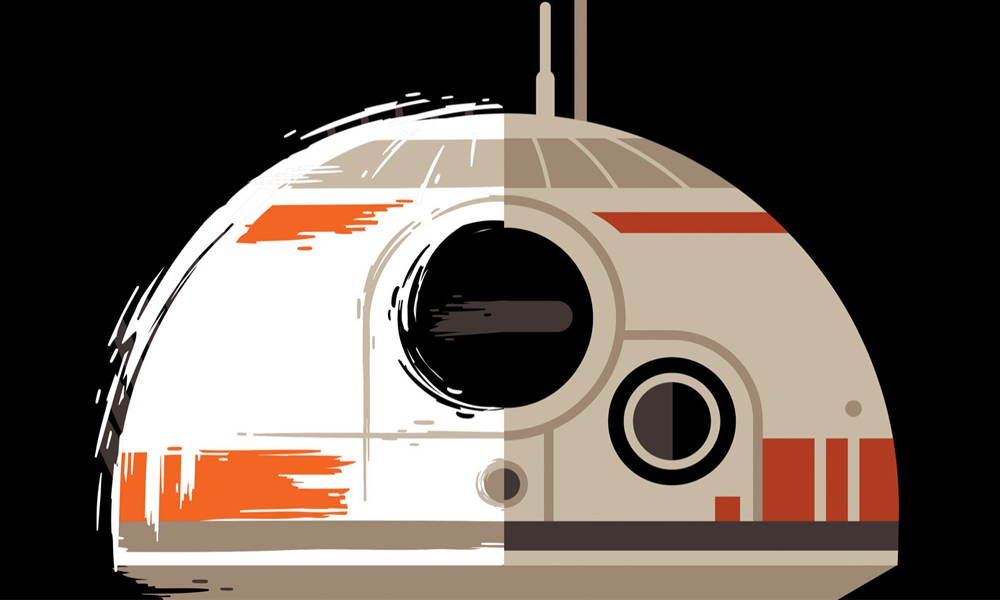 This is incredible. Since the announcement of a new Star Wars film happening, the internet has been flooded with fan art. Now Disney, Lucasfilm and HP are holding a special event celebrating that art. Check out the press release below.

FYI – The design of the logo for Lucasfilm was by Tom Whalen. I invite you to check out the rest of his art work at StrongStuff.net.

“Art Awakens” is an exciting new program for Star Wars fans old and new, across the country to revitalize creativity by “Bending the Rules” of the Force, themed around a galaxy far, far away.

“Art Awakens” kicks off August 11th with the launch of a two-month-long nationwide fan art competition across the US. Amateur artists can submit their Star Wars: The Force Awakens inspired art on ArtAwakens.com for a chance to be showcased in an upcoming professional art exhibit later in the year.

Additionally, coming this November to Gallery 1988 in Los Angeles is a three-day Star Wars: The Force Awakens art exhibit featuring top professional and emerging contemporary artists. All new original pieces will be auctioned off in the name of Star Wars: Force for Change to benefit UNICEF Kid Power, which gives kids the power to save lives. By getting active with the UNICEF Kid Power band, kids earn points which unlock food packets for malnourished children around the world.

Five lucky winners of the Star Wars: The Force Awakens Fan Art Contest, chosen by a judging committee that includes members from Disney, Lucasfilm and the legendary visual effects house Industrial Light & Magic and others, will have their art showcased in the professional gallery exhibit. The winners will also have the opportunity to be flown out to Los Angeles to attend the VIP opening night, among other prizes from HP.

No Purchase Necessary.  Void where prohibited or restricted.  Open to legal residents of the 50 US and DC, who are at least 18 years old at time of entry with a Tumblr account in good standing. Ends October 11, 2015 at 11:59:59 am PT. Subject to Official Rules at: ArtAwakens.com. Sponsor: ABC, Inc. d/b/a Walt Disney Studios Motion Pictures, Burbank, CA