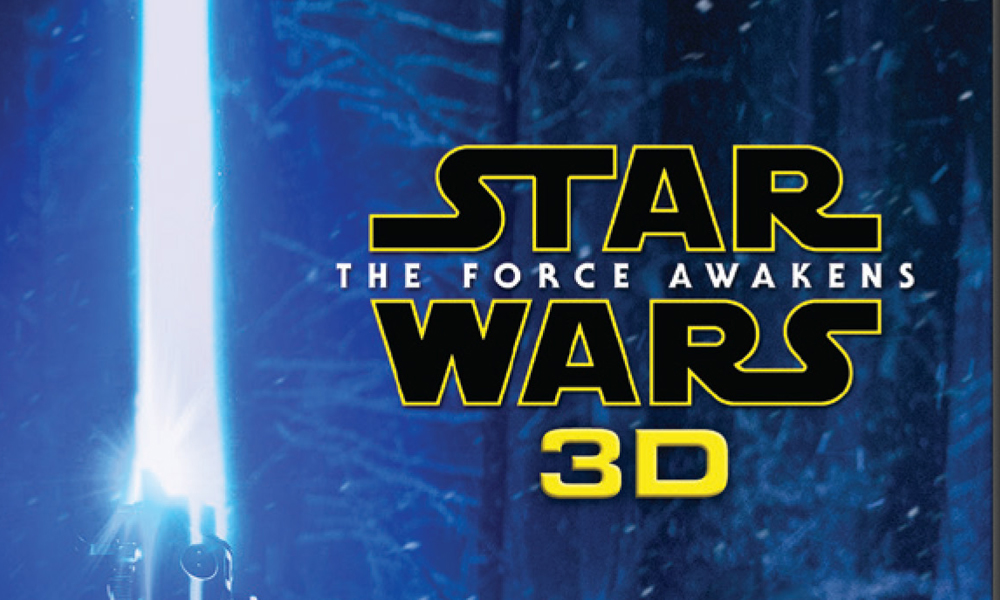 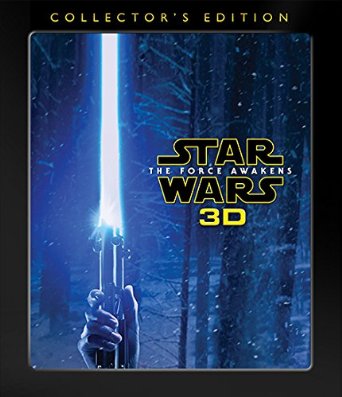 This is not the first time I bought The Force Awakens on Blu-ray and it won’t be the last. If it comes as a surprise to you that Walt Disney and Lucasfilm Ltd. have released a new edition of Episode VII in 3D with new special features, then you really are late to the Star Wars party. This is the way of the Force because there will always be new versions, special editions, new content, and now 3D. I suspect a 4K-HD version cannot be far off.

Not to dwell too much on the actual film, Star Wars: The Force Awakens, because who hasn’t voiced their opinion on it, so I’ll make this brief. I loved the film. I welled up with tears when Han Solo (Harrison Ford) fell, then those same tears came out when Luke Skywalker’s (Mark Hamill) hood was pulled back to reveal his weathered old face. I saw the film three times in the theater, once in IMAX 3D, and twice just regular projection. It amazed me that one month later, to the day, the theater was just as full as the night of the premiere. What I appreciate now is how many questions we have, the theories people have developed (Mace Windu is Snoke?!), and how this new Star Wars film has caught on in the pop culture zeitgeist. The Force is still strong, I just hope Disney doesn’t kill it with anthology stories.

If you have a fear that this Collector’s Edition is only in 3D, rest easy as the regular Blu-ray and DVD versions of the film are included here as well. After all, it is only a matter of time before 3D TVs are as commonplace as all our other gadgets. 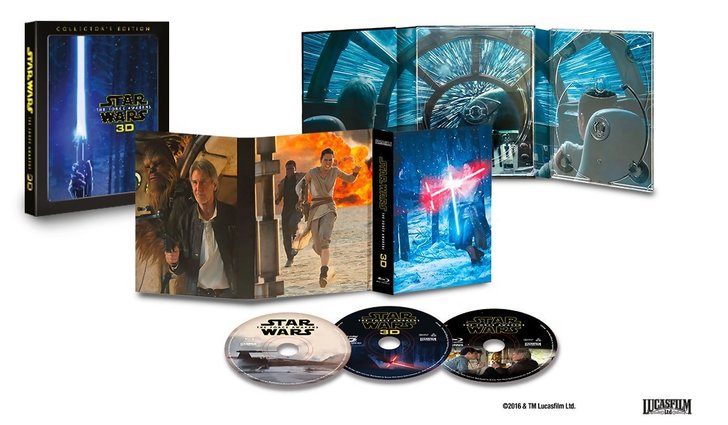 I saw the film, for the second time in 3D. I thought it was more of a gimmick and an up charge as it didn’t need to be in 3D. That changed with the lightsaber fight in the snow between Kylo Ren (Adam Driver), Rey (Daisy Ridley), and Finn (John Boyega). That particular scene was what I jumped to first in my test of the 3D version for my home theater. Again, it was stunning. What I further appreciated was the special feature titled “Blue Print of a Battle: The Snow Fight” (7:02). This was a breakdown of that very same scene complete with insight from all those involved. It took months to train, days to dress and paint, and it shows in just how utterly fantastic that sequence is in the film. I was reminded of the behind-the-scenes look at the Battle of Geonosis in Attack of the Clones, which was nothing but green screens and some dirt on the floor. This was so much more and a great reflection of where JJ Abrams and Kathleen Kennedy took the new Star Wars film.

There are over 6 minutes of deleted scenes. Yes, we see Kylo Ren inside the Millennium Falcon. I was hoping for more of an emotional scene than it was. Perhaps this is a reason that it was cut from the film. You can’t see or feel much from Kylo Ren behind that mask upon entering what was probably his first real home. The other scenes contained here are more filler and run on moments that don’t need to be reinserted back into the film. There are two scenes that are amusing, but again, in the film would have probably slowed down the pace. The first of these involves Chewbacca (Peter Mayhew) lending a hand to Rey in Maz Katana’s (Lupita Nyong’o) castle. The other is Han Solo trying to talk himself out of another sticky situation. This happens earlier in the film and is a tad redundant here, but worth the watch.

The other special features are what older Star Wars fans gobbled up as children. In a lot of ways, I felt as if the making of various Star Wars documentaries and TV specials were my first film classes. Kudos again to Disney and Lucasfilm Ltd. for including them here. “ILM: The Visual Magic of the Force” (7:56) contained the sentiments I knew were true after the seeing the movie. The crew needed to believe it was real, that all this really happened somewhere to make people believe in what they were seeing on screen. “The Scavenger and The Stormtrooper” (11:45) is the longest special feature and a complete conversation between Jon Boyega and Daisy Ridley about this new enormous part of their lives that will forever be Star Wars. It reminded me of “The Making of Star Wars” (1977) where a young Mark Hamill and Carrie Fisher were awe struck with the popularity of their film and could only wonder where George Lucas was going to take their characters next.

There is so much here to devour and I haven’t even gotten into the commentary track. JJ Abrams does what his mentor, Steven Spielberg, never does and reveals what went into tackling this monumental film. Abrams has a lot of faith in himself or does now, because even Spielberg turned down a Star Wars film. I’ll let you discover what JJ has to say on your own. It will be great to listen to his 10-year anniversary commentary to hear him reflect back on his choices and perhaps converse with Rian Johnson (director of Episode VIII) and Colin Trevorrow (director of Episode IX) about how each moment in their own film is a reflection of something that happened in the others.

NEW Audio Commentary with J.J. Abrams – Enter the mind of visionary director J.J. Abrams as he reveals the creative and complex choices made while developing the first film in the new Star Wars trilogy.

Foley: A Sonic Tale – Foley artists, consisting of old pros and new talent, unite to bring the world of Star Wars: The Force Awakens alive through the matching of sound to action.

Sounds of the Resistance – Hear how the epic sound design of Star Wars: The Force Awakens moves the Star Wars legacy forward.

Dressing the Galaxy – Costume designer Michael Kaplan reveals how the costumes of the original Star Wars movies were re-envisioned for a new generation.

The Scavenger and the Stormtrooper: A Conversation with Daisy Ridley and John Boyega – The two new stars share the thrill of working together on the adventure of a lifetime and becoming part of the Star Wars legacy.

Inside the Armory – Take a fascinating tour through the design and creation of the weaponry in Star Wars: The Force Awakens.

Classic Bonus Features – These offerings from the April release of Star Wars: The Force Awakens include the complete story behind the making of the film, an unforgettable cast table read, insights from legendary composer John Williams, and deleted scenes, as well as features that dig deeper into the creation of new characters such as BB-8, the design of the climactic lightsaber battle between Rey and Kylo Ren, the film’s remarkable digital artistry, and the Star Wars: Force for Change global aid initiative.