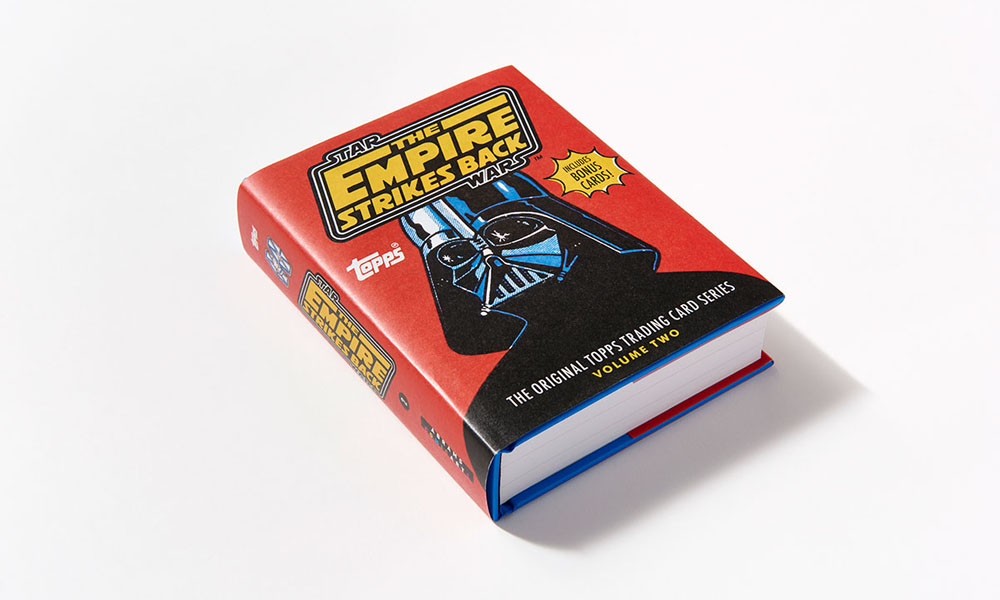 In the late 1970s and early 1980s, just as the original Star Wars films were thrilling fans around the world, Topps was releasing trading cards in conjunction with the films. While these original Topps cards are not hugely valuable these days (due to the high volume produced) they are still highly sought after by fans. But if you don’t fancy the hunt of putting together the card sets along with the accompanying sticker sets, Abrams books has something just for you! You can get all the cards from The Empire Strikes Back and The Return of the Jedi in these two handsome hardcover volumes. 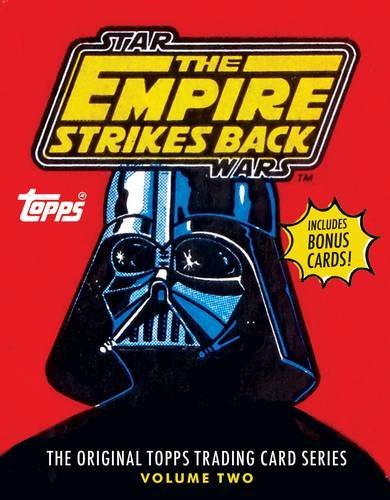 The Empire Strikes Back features a picture of the backs and fronts of all 352 cards and 88 stickers which were released in three different series. Author Gary Gerani, the original editor of the Topps Star Wars series, provides an introduction to the series, highlighting what could be found in each series and the improvements made over the first series of Star Wars cards. Included are pictures of the sealed packs, unopened boxes, as well as vintage advertising for the cards.

The cards feature not only images from the films but also promo images and artwork. The card backs feature stats on the main characters, story and plot elements from the scenes shown on the front, as well as Star Wars trivia questions. As mentioned the book also includes pictures of the stickers which were also comprised of both photos and art. Sealed in the inside back cover is a set of replica cards to complete one impressive little package. 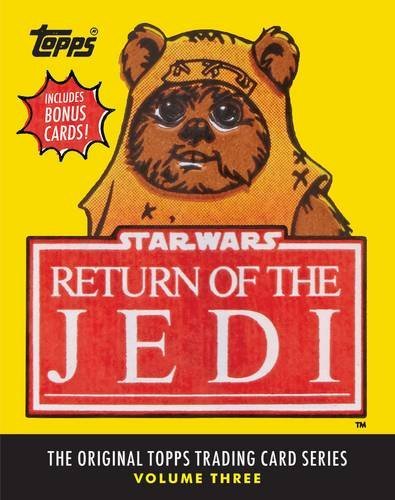 The Return of the Jedi volume covers all 220 cards and 55 stickers included in the set. The cards feature character profiles, trivia questions, and puzzle cards. The fewer cards in the Jedi series means each page is dedicated to either a front or back of the card while the Empire Strikes Back had the back and front depicted on the same page. This simply allows this volume to display the pictures larger. There is a color section in the center which shows the various wrapper designs. Once again, inside the back cover is a sealed set of four replica cards.

Both volumes are very nicely designed and laid out. The books are small size hardcovers, 6” x 7.5” which make them perfect for displaying trading cards. With Star Wars: Rogue One coming out and Christmas just around the corner, these two books make for a great Christmas gift for any Star Wars fan on your shopping list this year.