There is an overabundance of Star Wars: The Force Awakens products sitting on the shelf right now. Are you scarfing them up or waiting until after you see the movie? It is a tough call to make. Personally, I don’t see the harm in picking up a few things here and there. What caught my eye were Revell’s Star Wars SnapTite Build & Play Model Kits. To be honest, models always seem like a great idea as either a gift or something to use as a stress reliever. Sadly, any model I have ever bought has either been horribly painted or remained in the box until I have the time to dedicate to it. So when I saw that Revell’s SnapTite Build & Play Models were pre-painted and required no glue, I was willing to take the gamble. I picked up three of the four ships that are currently available for Star Wars: The Force Awakens. 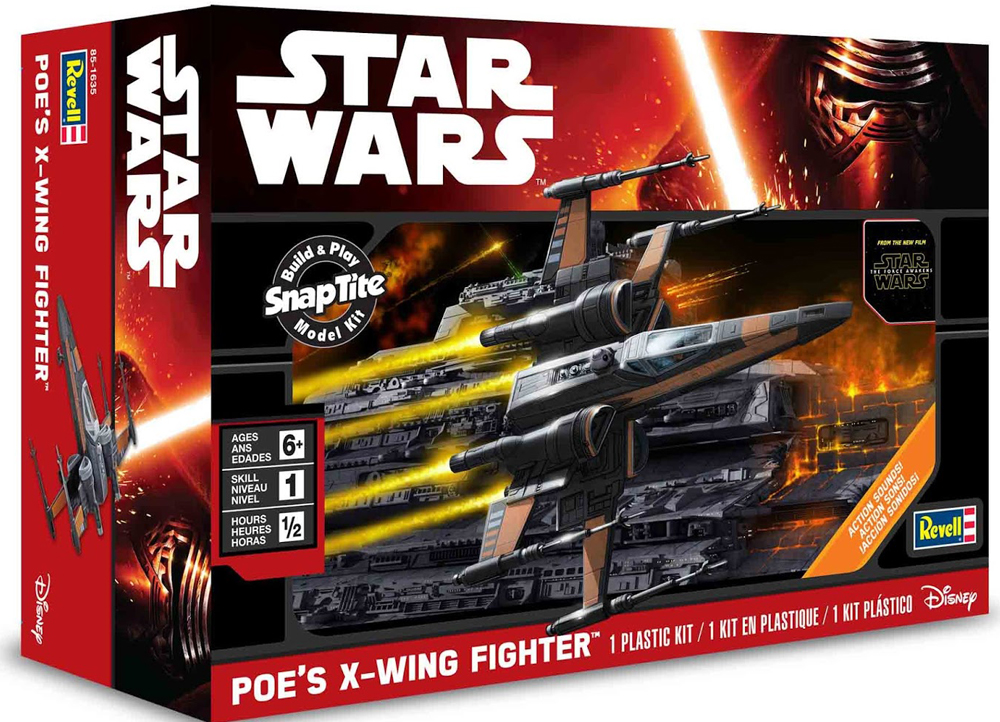 What Star Wars fan doesn’t have two or three X-Wings (in various sizes) in their collection? We don’t, however, have the new one, Poe Dameron’s. Released at the perfect time, fall, it is accented in both Black and Orange. BB-8 resides in the astromech droid carriage. 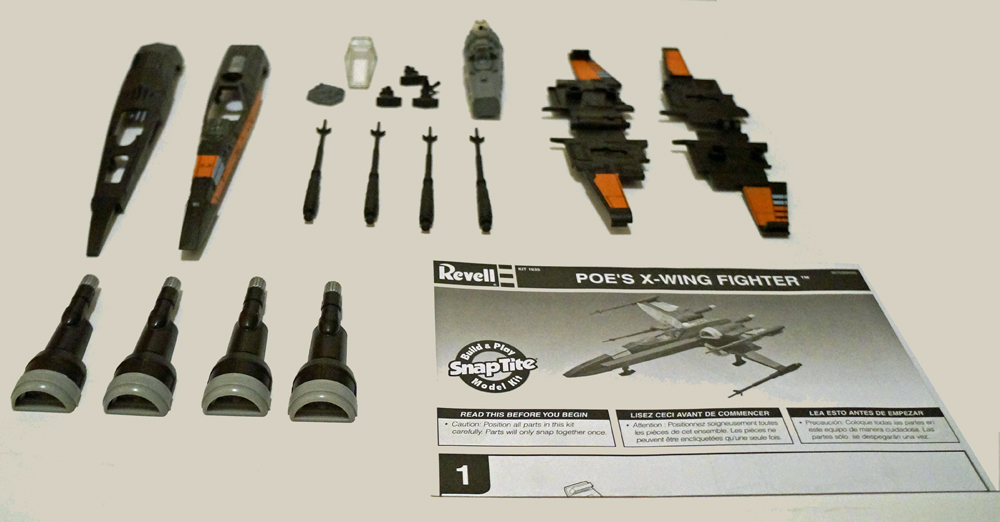 The wings support the new design. However, be cautious in opening them to attack position. There is no safety catch for the s-foils. If you go too far, you may wreck your ship. Only one of the three landing gears goes up for flight mode. The other two, you will have to pop off. Granted, you will probably leave it parked on your desk or shelf, but if you do plan to display it in flight mode, you will need to put those other two landing gears in a safe place. 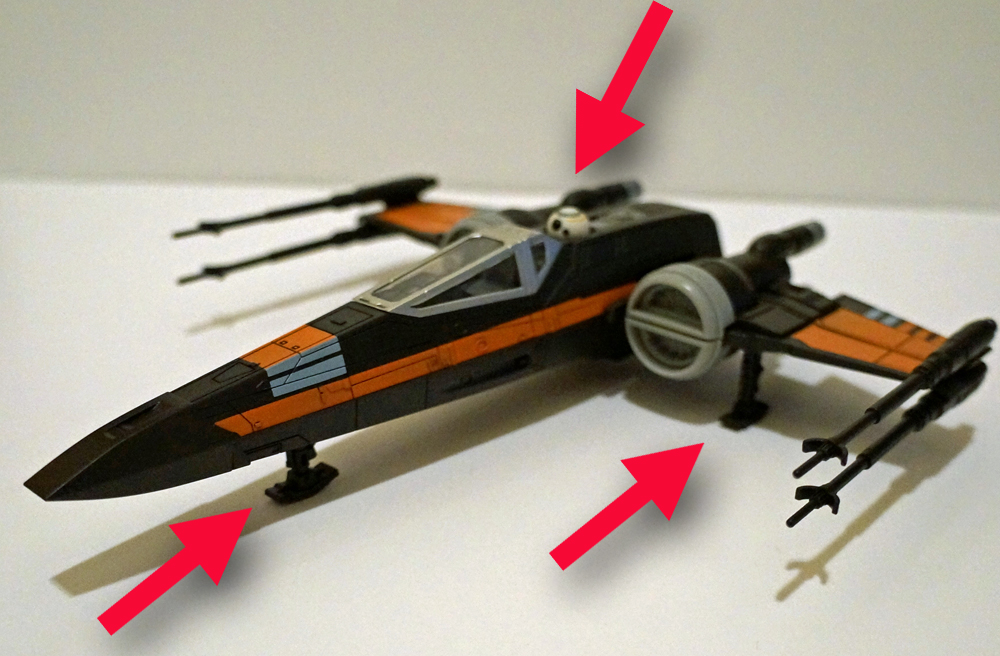 All in all, it is an incredible design. The sound effects are a sweet edition and easily could have been omitted, but, thankfully, they were not. This rendition of Poe’s X-Wing is an awesome edition to your Star Wars collection. 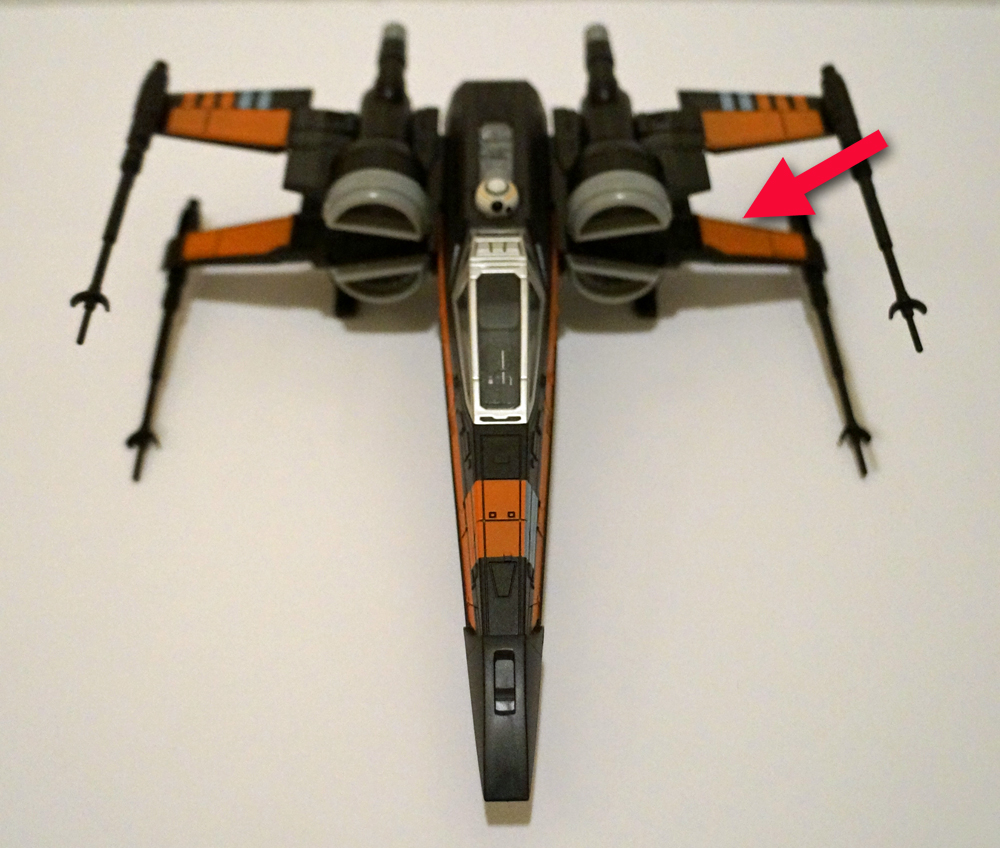 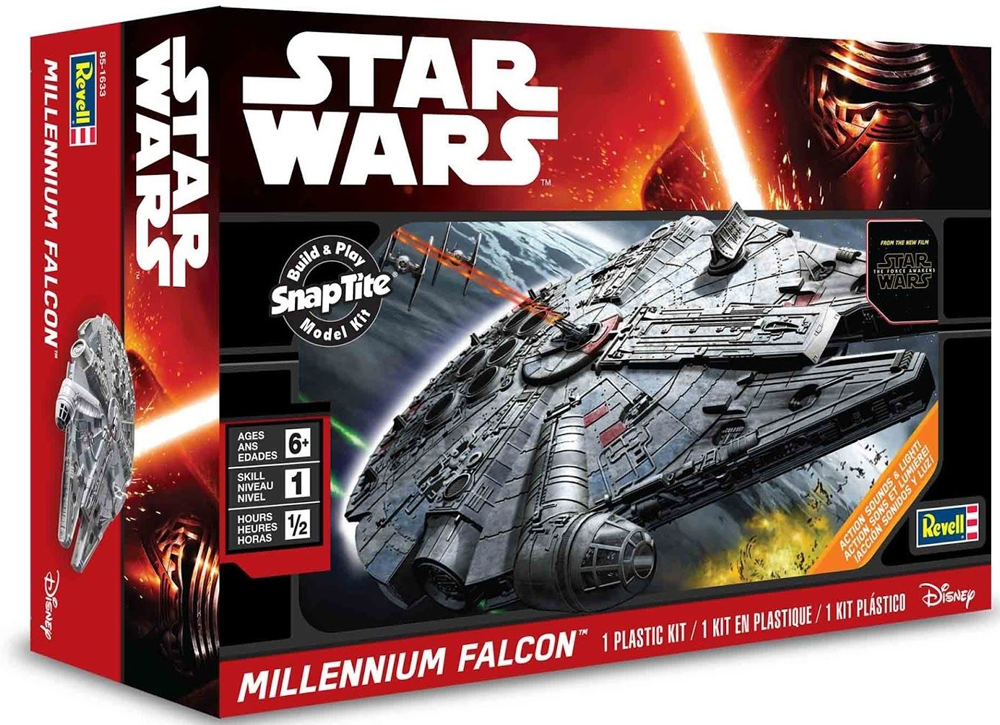 The Falcon holds a special place in all of our hearts. In many ways, it is like our first car. It’s crude, ugly, but damn if you didn’t like racing it around. It was both our spaceship for our Star Wars figures and their home. Revell’s model supports the new radar configuration as well as swiveling upper and lower gun turrets. Where the Falcon sets itself apart from Poe’s X-Wing is that the engine lights up! The very same blue glow that was seen in the original trilogy is here on your model. 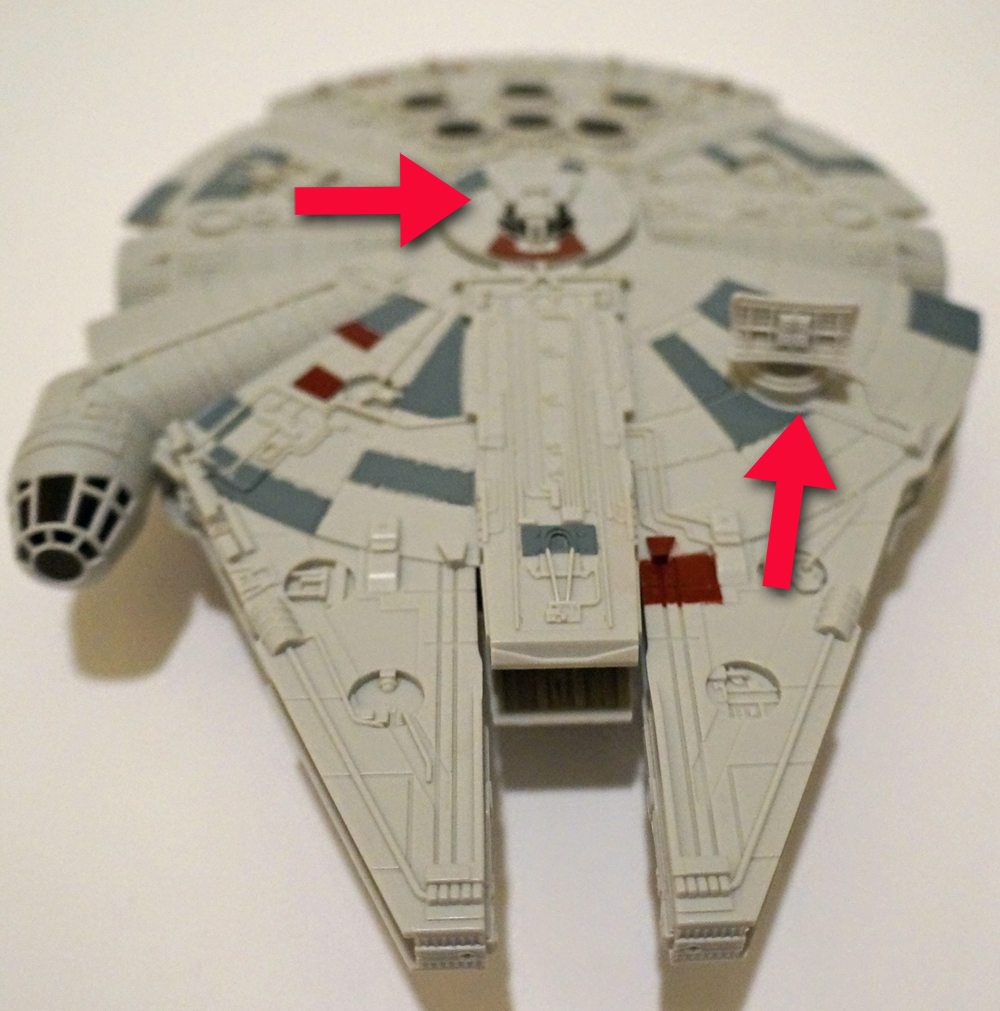 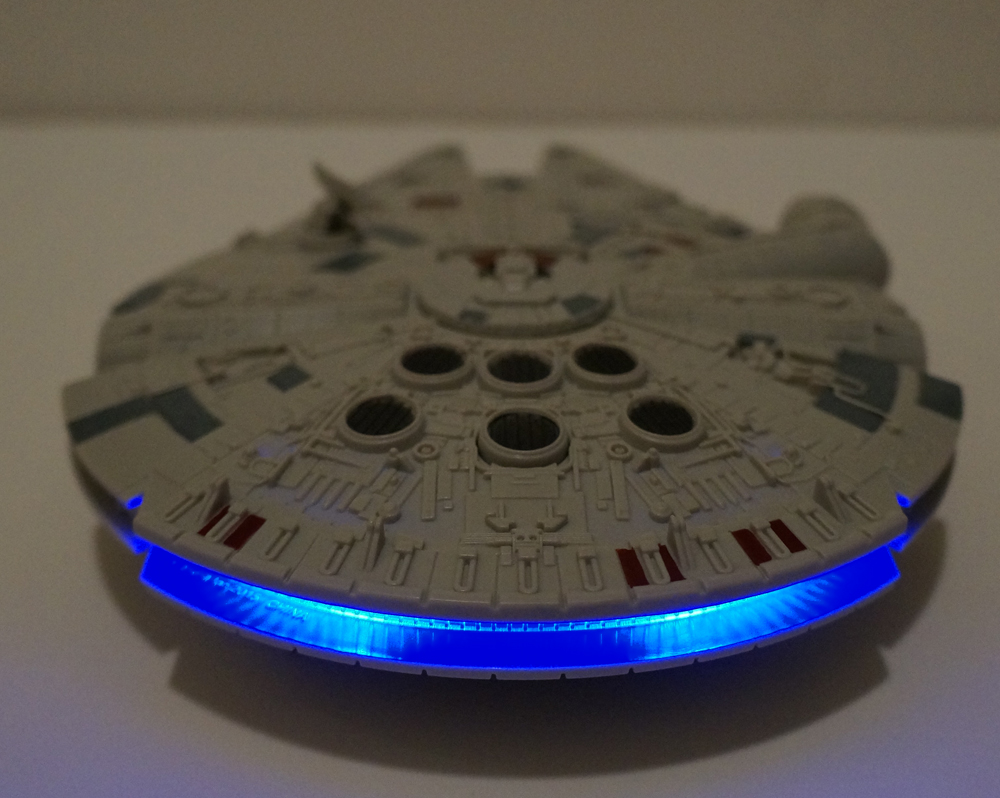 Again, Revell has supplied this SnapTite Build & Play Model with sound effects, so that you can pilot the ship from its resting place to whereever in the galaxy you need to go. The one down side to the whole model is that the scale is different from that of Poe’s X-Wing. I understand that size (shipping-wise) and price points make it difficult to make one larger than the other, but it is noticeable. 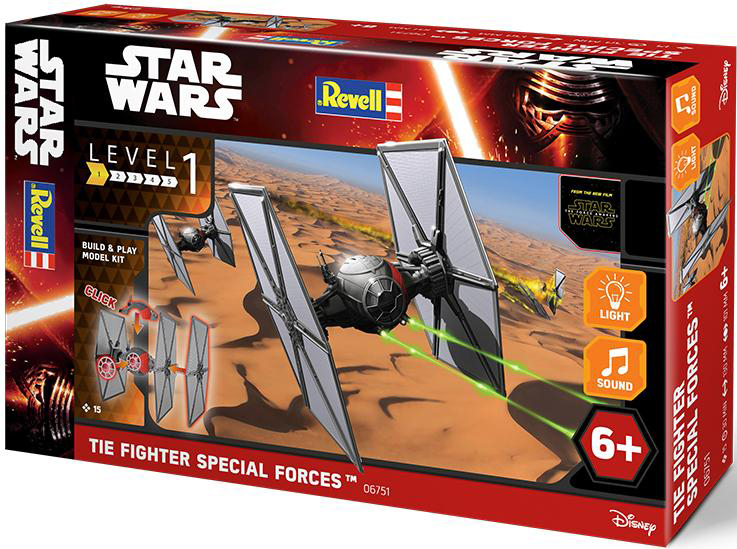 Admit it, you love the red stripe and the white wings. Regardless, if you are playing it safe and not buying anything until the film arrives, or not, you will pick up the newest Tie Fighter. The First Order Special Forces Tie Fighter is equipped with red interior cockpit lights as well as that infamous screeching flight noise. 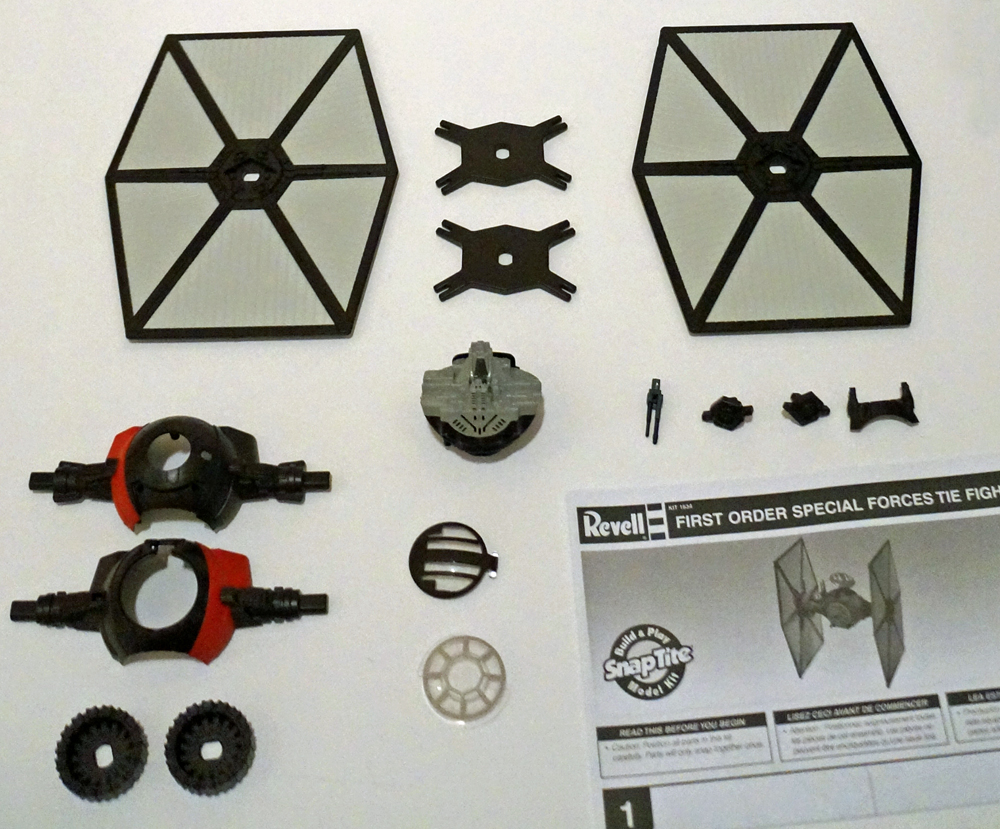 The scale of the First Order Special Forces Tie Fighter is perfect in relation to Poe’s X-Wing, as I am sure the Resistance X-Wing Fighter (not reviewed here) is, too. In fact, if you were to buy only  a single model, this is the one to get. 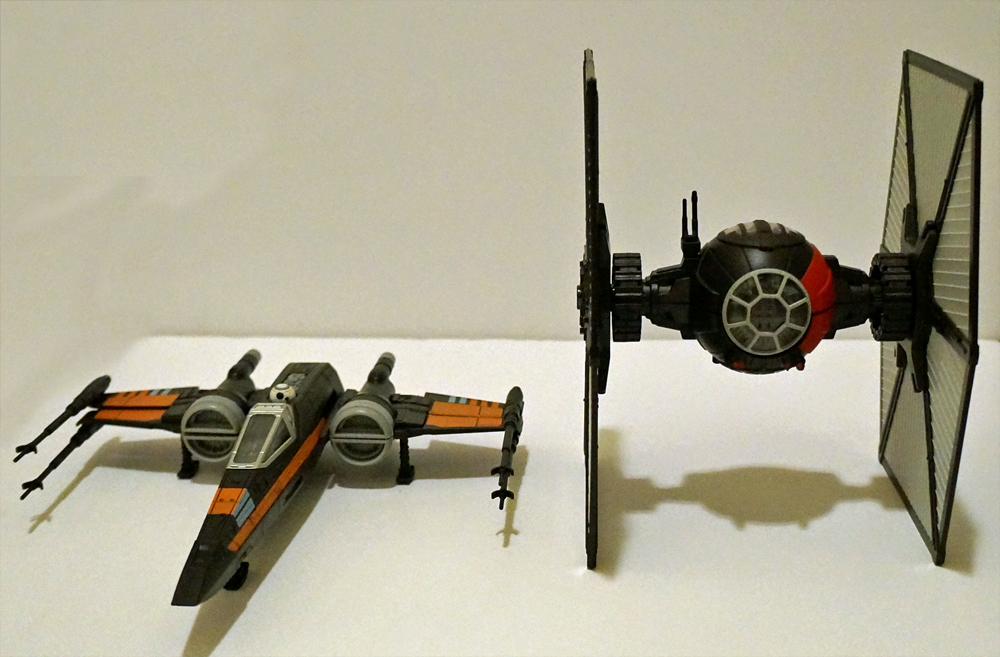 Revell’s new DuraMod snap design makes non-model builders, like myself, look like a pro and provides us with what we simply wanted to begin with, a cool Star Wars ship. Each of these SnapTite Build & Play model kit has 15 to 20 pre-decorated parts, they require no glue, paint or tools. They even supply you with the batteries for each ship. The kits themselves are $19.99 each and sold at Target. Whether you are [picking one up for yourself or as a present, these are incredible models that make excellent Star Wars gifts.