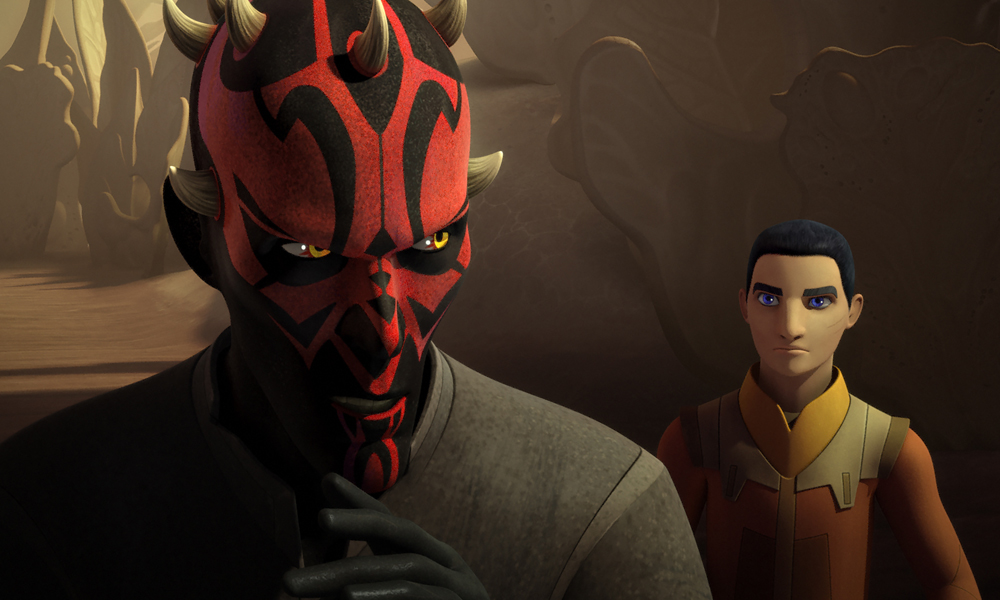 Disney XD and Lucasfilm Ltd. have released a new clip, titled “Dark Secrets” from this week’s upcoming episode of Star Wars Rebels. This is a dark clip, not packed with any spoilers. It also has a great nod to The Clone Wars as we see Ezra getting tangled in Maul’s web once again.

Press Release: Haunted by visions of Maul, Ezra must journey across the galaxy to engage in a strange ritual to sever his connection with Maul.