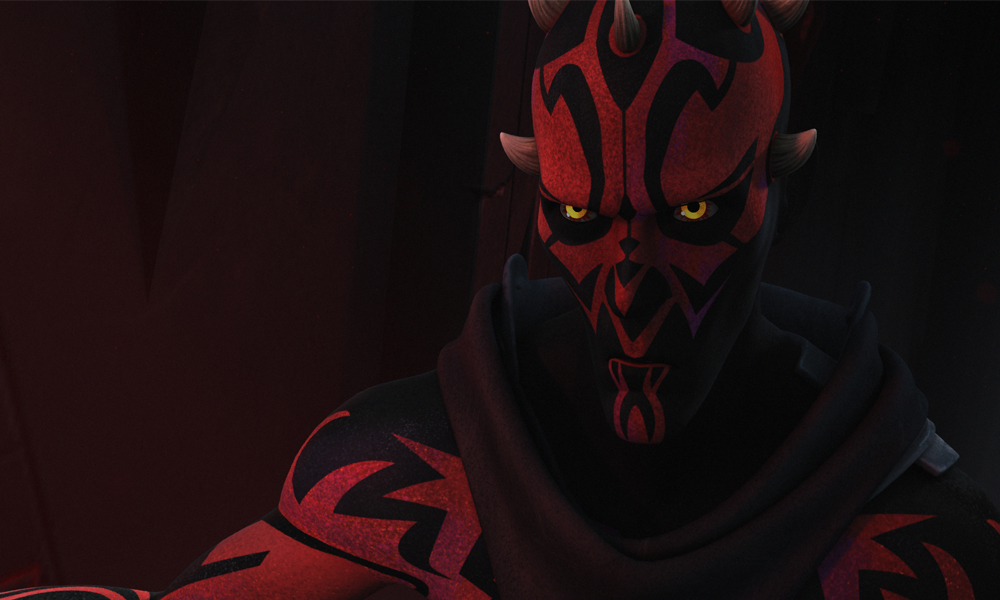 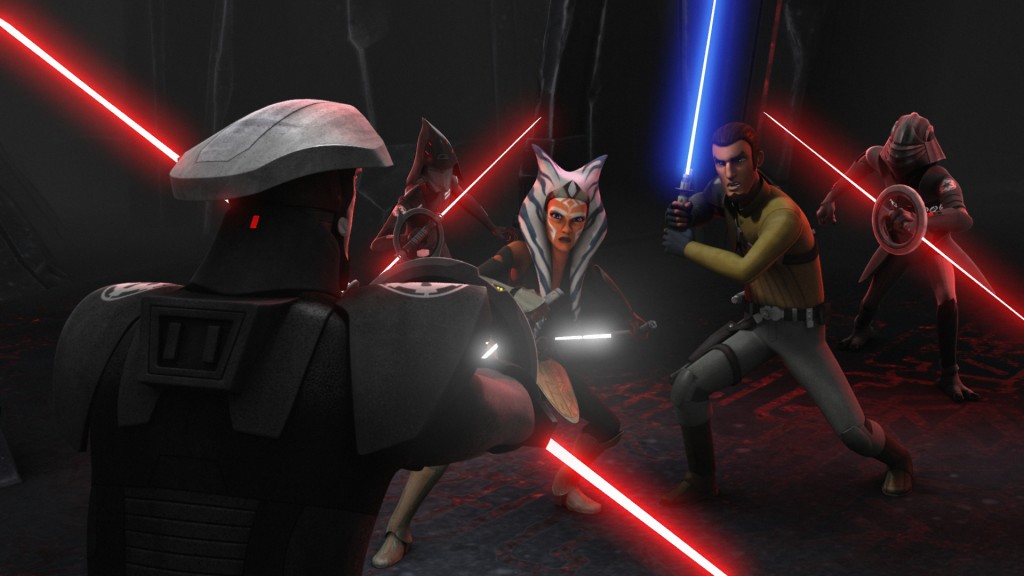 The season 2 finale of Star Wars Rebels is all that fans of both Rebels and The Clone Wars could have hoped for. Yes, we see that confrontation of Master and Apprentice that has been teased all season. This is the episode that you need to see.

The second season of Star Wars Rebels has been incredible. However, the culmination of all those episodes, as well as the story of Ahsoka Tano (Ashley Eckstein) from The Clone Wars to now, have been leading to this episode. This is The Empire Strikes Back episode of the series, a darker parallel to an already dark chapter of the Star Wars saga.

Kanan (Freddie Prince Jr.), Ezra (Taylor Gray) and Ahsoka have been sent to Malachor by Master Yoda (Frank Oz). It is on this planet that Yoda believes they will find the answers they seek to defeat the Inquisitors. t is already surrounded by legend for both the characters and the fans (see Star Wars: Knights of the Old Republic II), but we learn that “there is always a bit of truth in legends” as Malachor holds an ancient Sith temple. There, our Jedi find a fourth Inquisitor (called the Eighth Brother) who is hunting not them, but someone else. Yes, it is Darth Maul (voiced again by Sam Witwer) who befriends Ezra, earns his trust, and tricks the young Padawan into unlocking the temple’s Sith Holocron.

Star Wars is a great mythology. It has beats that repeat time and time again. This is not lazy storytelling as some believe, but a way to illustrate the lessons that we can learn from history. The old adage is that history repeats itself, and it does here with a dark nod to The Empire Strikes Back. Maul, who plays a crippled and weak man, earns Ezra’s trust and slowly removes his layers to reveal his true purpose. The series’ show runners even have him quote the same lines as Yoda from Empire, as well as imitate his appearance with a walking stick. For a moment, you believe that, perhaps, Maul, with all that he has been through, may have seen the light. It is only after he quotes his own master that you know Maul is ever still the villain. 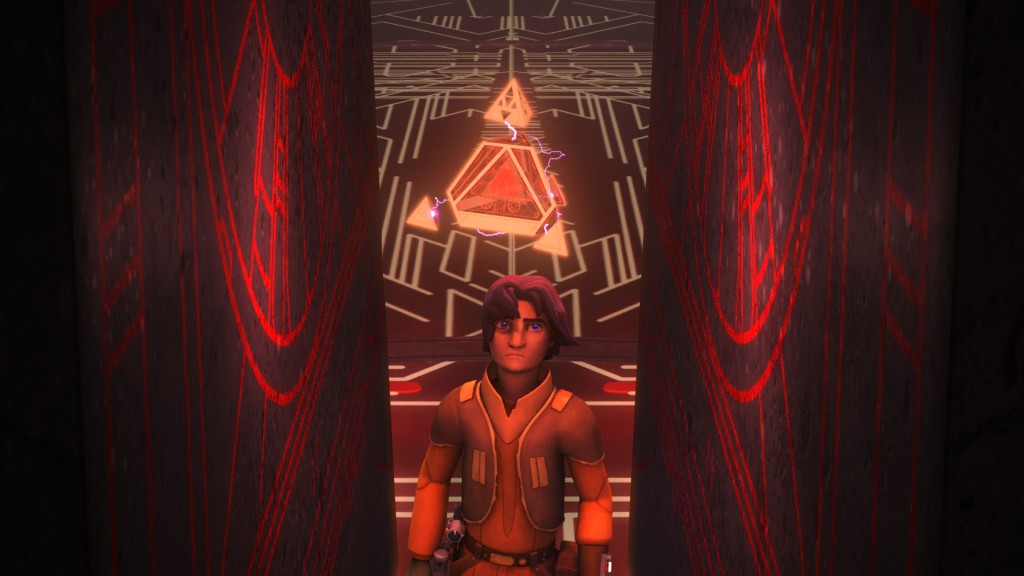 This episode of Star Wars Rebels was, in actuality, two episodes together to tell the story of “Twilight of the Apprentice”. It’s a clever title, because you don’t exactly know which apprentice it is referring to. Is it Maul, Ezra, or perhaps Ahsoka? This brings us to the meeting of Darth Vader (James Earl Jones) and his former padawan Ahsoka Tano. This is literally the meeting that fans of both The Clone Wars and Rebels have been pining for. We are given nothing short of epic in their confrontation. Kudos to Ashley Eckstein for invoking everything that her character feels for her former master after Vader reveals that he has destroyed Anakin Skywalker. Our look into Vader’s/ Anakin’s twisted soul was also much appreciated by this fan of Star Wars.

As I mentioned before, this is The Empire Strikes Back episode of Star Wars Rebels. Fitting, as it is the season finale and we have so many unanswered questions. Will Kanan be alright? Again, Ahsoka’s fate is unknown. With that final look from Ezra, we wonder: has he started down the dark path? It will be a long wait to find out, as Rebels will not return until the late summer/ early fall. This show does not disappoint and has given us plenty to talk about in the months to come.

Until then, may the force be with you.

Rebels Recon #2.20: Inside “Twilight of the Apprentice” | Star Wars Rebels