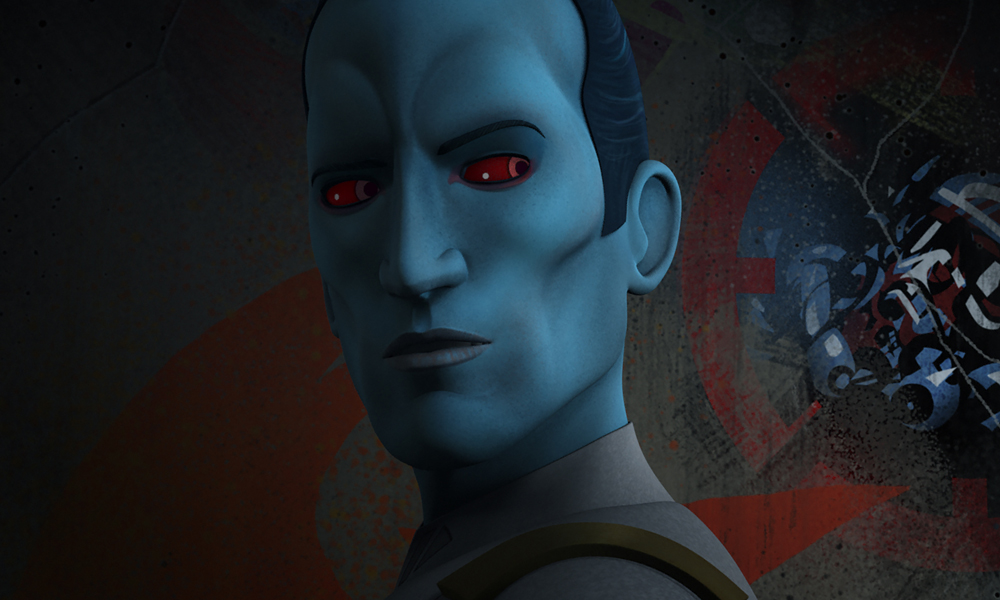 With the short hiatus and the Mandalorian/ Sabine storyline going on, it has been a while since we have seen Grand Admiral Thrawn. This week he returns with a plan to locate the Rebels spy “Fulcrum”. We also see the return of another Clone Wars character! Check out the clip and new images below. I love the reference to the expanded universe in the desk photo below!

Press Release: Fearing that the identity of a rebel spy will soon be discovered by the Empire, the rebels launch a plan to rescue the spy before he is caught. 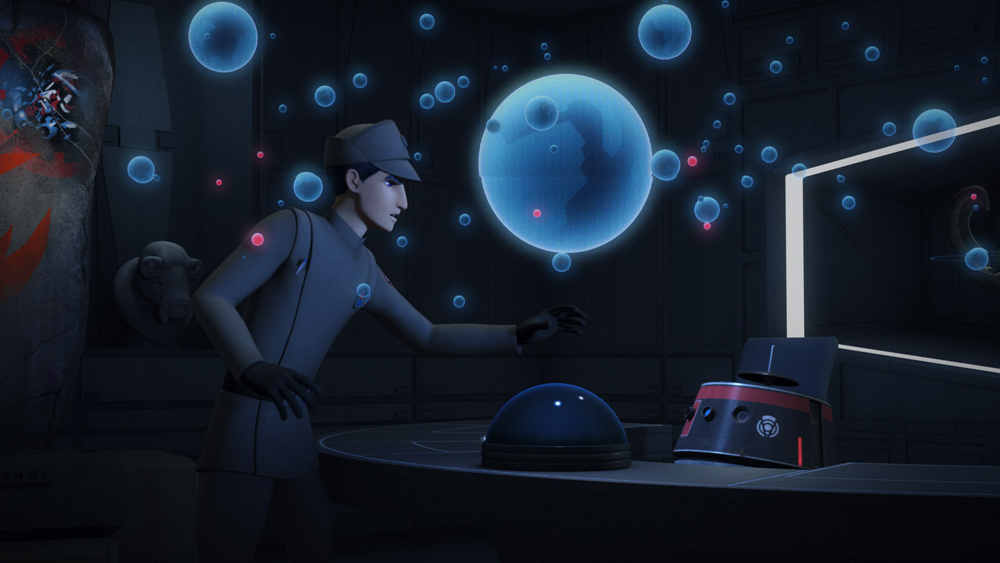 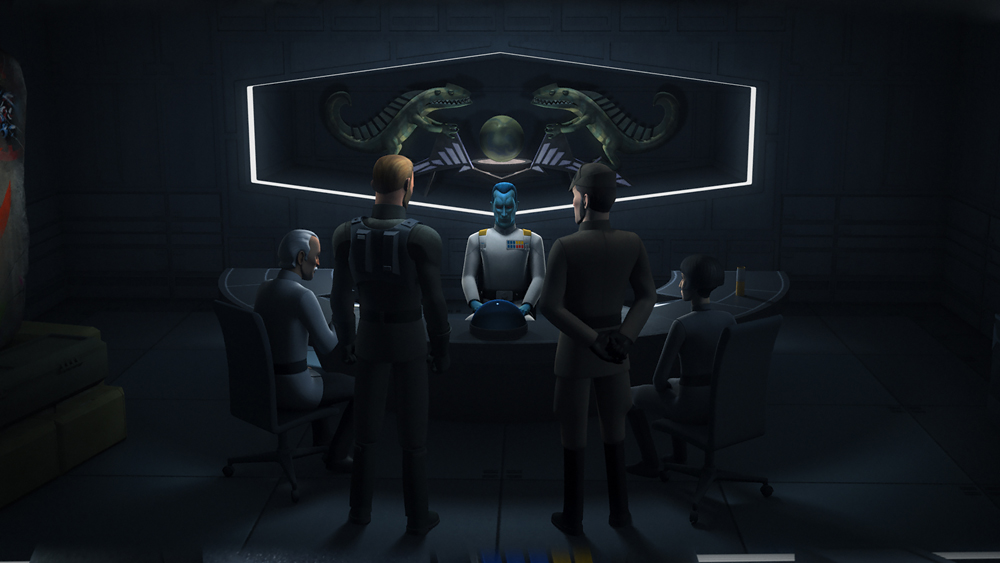 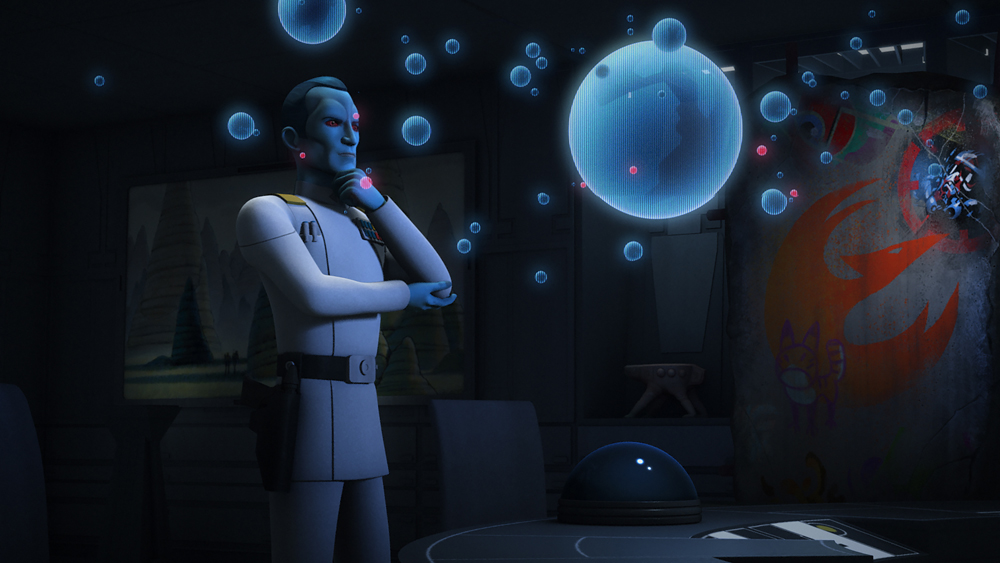