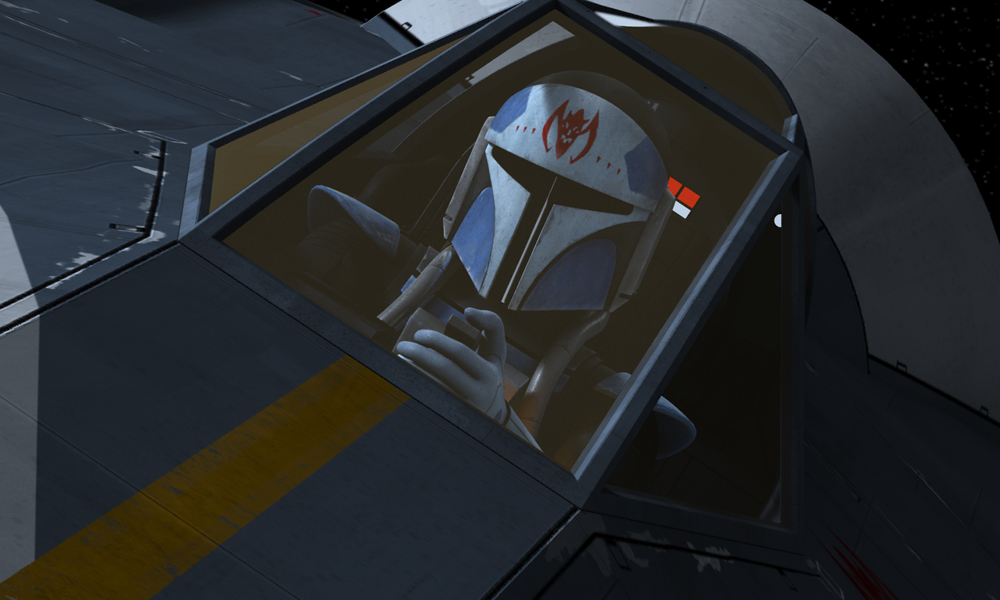 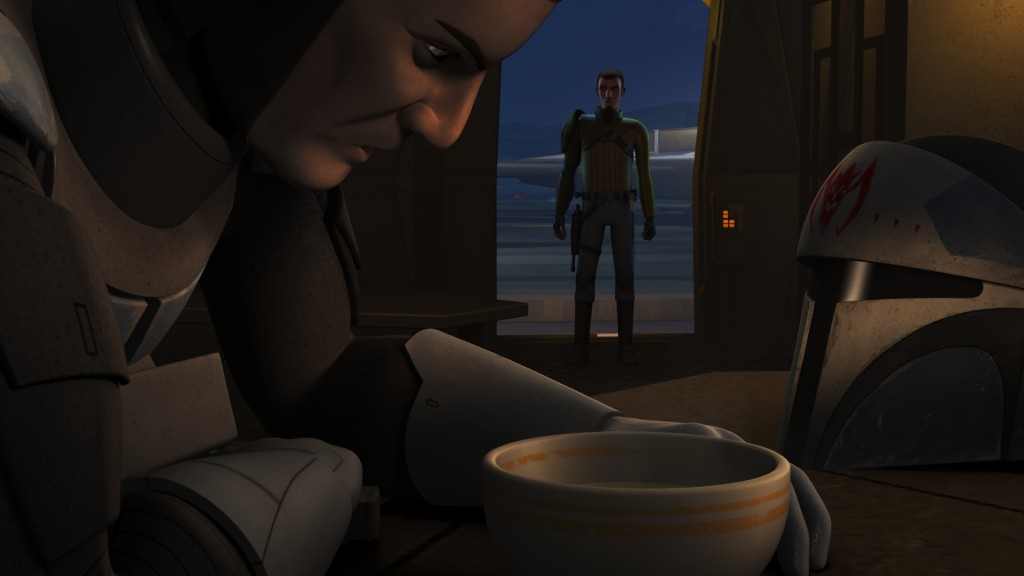 This week on Star Wars Rebels, Hera (Vanessa Marshall) wants to try a diplomatic approach to opening up shipping lanes that are patrolled by the Mandalorians. Instead of going into Concord Dawn, the area in question, with a show of force, she hopes that she can reason with Mandalorians controlling this sector and possibly recruit some new allies. When the mission fails, it is Kanan (Freddie Prinze Jr.) who volunteers to attempt the mission again. As a Jedi, he, too, believes that diplomacy and reason are still the best solutions. Sabine (Tiya Sircar), on the other hand, doesn’t see it that way.

Lucasfilm and Disney could easily exploit the Mandalorians and, to their credit, they have not. Obvious fan favorites, because of their ties to Bona Fett, a series based on their exploits in the Star Wars Saga would have been easy. Yet, with their brief storyline in Star Wars: The Clone Wars and the introduction of Sabine on Star Wars Rebels, the Mandalorians are still just as mysterious as ever. Enter into the picture, Fenn Rau (Kevin McKidd), the “Protector of Concord Dawn”.

Kanan plays to his Jedi strengths in this episode and not those that deal with the Force or a lightsaber. Having been a participant in the Clone Wars, Kanan appeals to Fenn Rau’s sense of comradery and attempts to invoke memories of serving in a greater cause as Rau also fought in the same conflict. Rau, now a mercenary, is paid by the Empire to keep the shipping routes free of the Rebels, and won’t fight in another lost cause. It is Sabine that asks for a trial by combat, when negotiations don’t go Kanan’s way.

This episode looks to start a new story arch in the final episode of Season 2. There are several glaring questions here though. First and foremost, we learn that Sabine has ties to Death Watch and House Vizsla.  If you didn’t watch The Clone Wars, this is a big deal as Death Watch took over Mandalore and, at one point, was run by Darth Maul. My other issue with “The Protector of Concord Dawn” is that Kanan acts more like a Jedi when it comes to one of his crew members getting injured at the hands of Fenn Rau. This “Cowboy Jedi” is schooled in the ways of the Force, but we have seen hints of a deeper relationship with this one crew member of the Ghost. His unemotional reaction seemed out of place.

The story of Fenn Rau is far from over. My only concern is that in the final nine episodes for this season, are we going to have time for a whole new complicated character like Fenn Rau and the Mandalorians? The mid-season trailer showed us that Darth Vader and Ahsoka Tano are going to meet again (or for the first time?). It won’t be the two bumping into each other, they will need to establish where both of those two characters are now and what they once meant to each other. [review]