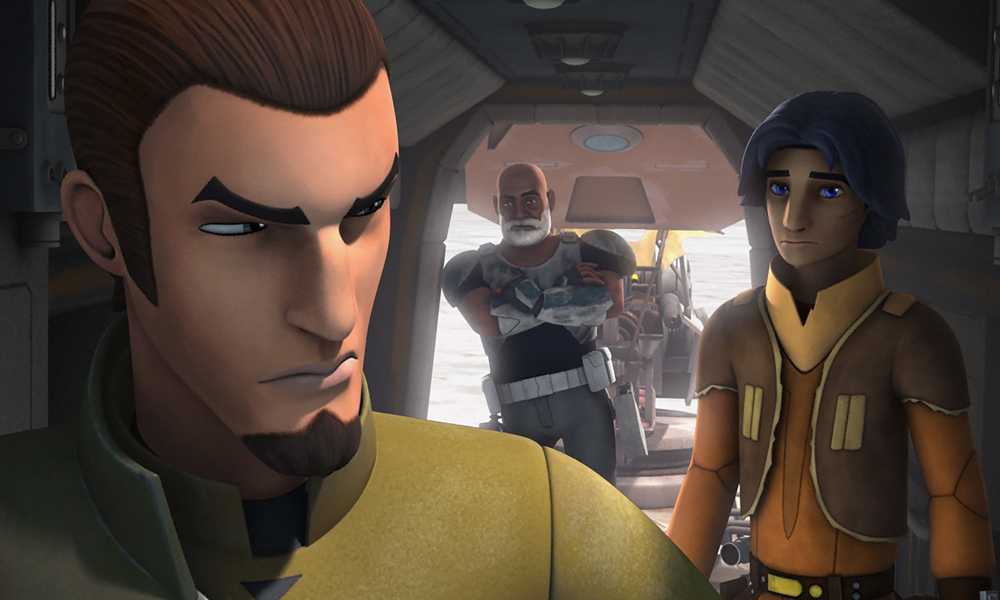 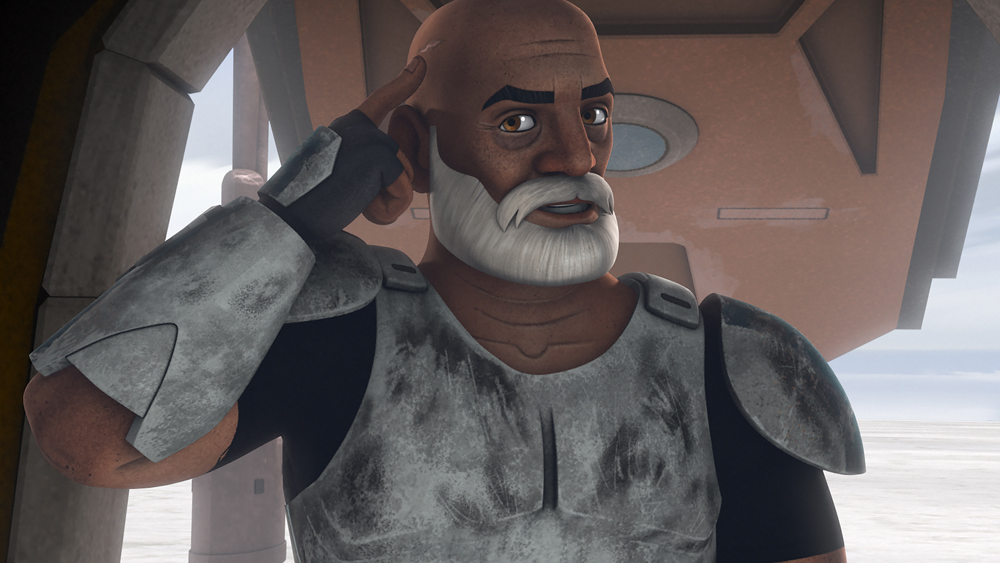 After a long break from the season premiere episode, “The Siege of Lothal”, Star Wars Rebels has made its triumphant return. This is the episode that fans of the Star Wars: The Clone Wars have been waiting for. “The Lost Commanders” reveals what happened to three of our favorite clones, Captain Rex, Wolffe, and Gregor (all voiced by Dee Bradley Baker).

The Rebel fleet is in desperate need of a base of operations. Ahsoka Tano (Ashley Eckstein) mentions that an old commander she knows of may be able to help them. He is in hiding and has not responded to her call for help. The crew of The Ghost volunteers to seek out this commander in the hopes of giving the Rebels the leg up they need. Her final words to Kanan (Freddie Prinze Jr.) are to trust the commander when they find him. Ahsoka does not venture off with them as she has her own questions about a certain Sith Lord. Questions that need answering.

Time is something that is and is not on the side of anyone who loves Star Wars right now. How it is on our side is that each day brings us closer to The Force Awakens and to the next episode of Rebels. How it is not on our side is that Rebels has only 30 minutes to tell its tale. As “The Lost Commanders” got rolling I noticed that it was already half over before they even found their person of interest. I have to remind myself that any story worth telling is worth telling right, no matter how long it takes. Yes, Master Yoda, I have learned patience.

When Captain Rex, Wolffe and Gregor are found, it is as if our old friends have been reunited with the audience. Rex was a true favorite of the fans and this critic in particular is thrilled that he did not betray the Jedi. This fact and several others reveal what hopefully will be a greater story told in whatever medium Disney and Lucasfilm see fit. For the time being, the crew of The Ghost must learn to trust these clones, despite the fact that Kanan does not.

Captain Rex states that his fighting days are over and that he and the others will provide several locations at which the Rebels may use to establish a base. Before that though, the Ghost crew must help them out in return. What do they want? To put Zeb (Steve Blum) on a hook and go fishing for dinner. That’s all. The series takes place during a dark time in the Star Wars saga. This episode is actually a lot lighter than expected and reveals how these clones can work with our Rebels. As the seeds of friendship are sewn, the Empire arrives.

As I said before, small steps. The trailer for the season, as well as next week’s episode, reveal bigger things for these old war horses. Kudos to Disney for embracing and acknowledging The Clone Wars and its characters. Those characters truly deserve to have their story told and have it done organically in the service of the story. Can Kanan learn to trust Rex? Does Wolffe still obey his “programming”? When an AT-AT squares off against a AT-ST, which one comes out on top? All this will be revealed in time. [review]