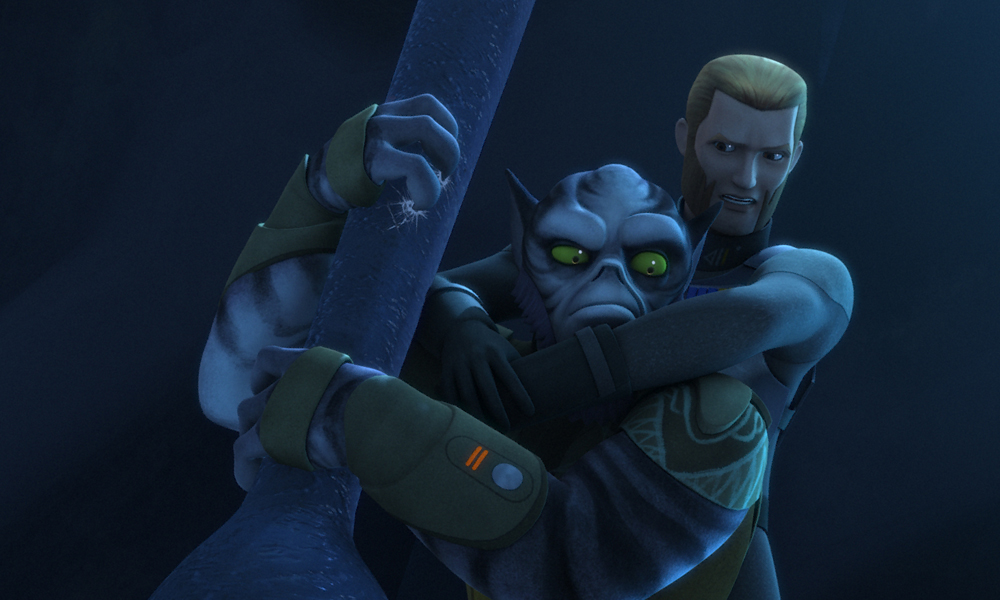 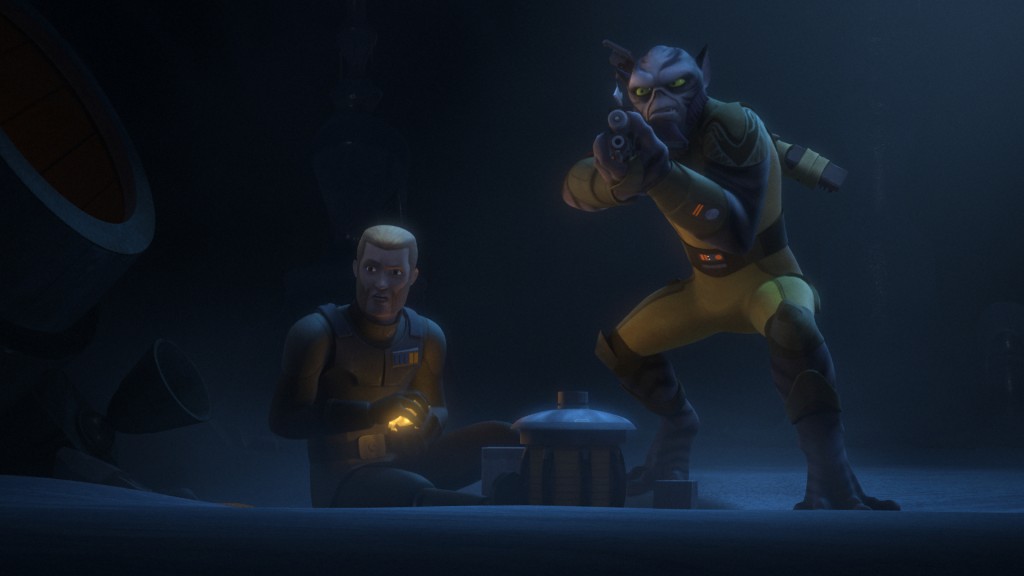 This episode was nothing short of a home run for Star Wars Rebels. Alright, I am showing you my hand, but this was a perfect episode for the series. We had a mystery with ties to the Star Wars films. We received a lot of backstory on two major players for the series, Zeb (Steve Blum) and Agent Kallus (David Oyelowo). What really made this episode great was that one of these two characters had a profound moment a the end.

“The Honorable Ones” begins with the crew of the Ghost looking into what has been happening on Geonosis. Perhaps you remember that world from Episode II where the Republic’s Clones first came into play? I would like to point out that Count Dooku, during the Battle ofGeonosis, removed plans for the Death Star and took them back to Coruscant. Did Geonosis become the world onto which the Death Star was constructed? The mystery in this episode, and one that will hopefully be further explored, is what happened to all the Geonosians. The answers can be found on the internet, but are those answers now cannon? Hopefully, we will just see them play out on Rebels.

The crew of the Ghost is looking for answers, but discovers that Agent Kallus has set a trap for them. After Hera’s (Vanessa Marshall) fancy flying, Rex (Dee Bradley Baker) taking out a few AT-DPs, and Chopper going toe to toe with an Imperial Astromech Droid, Zeb is cut off from the others and forced to use an escape pod to get away. Right before blast off, Agent Kallus gets in and attempts to apprehend Zeb. The soldiers land on an icy Geonosian moon and are forced to work together. The story at work here is one that every great science fiction show has dabbled with. The team behind Star Wars Rebels really nails that story out of the park.

SPOILERS FROM THIS POINT ON:

Agent Kallus is wounded in the crash and their heat supply is quickly dwindling. Zeb repairs the transponder so that both the Imperials and the crew of the Ghost can find them. Of course, they are not alone. In working together to survive, they discover that each has his own reasons for joining their respective causes. War stories about characters are always great to paint new layers, especially when told to their enemies. In the end, it is Agent Kallus who we discover may not be as much of a villain as we thought.

“The Honorable Ones” could have ended one of two ways; one where we see Agent Kallus’ fate, and one where we do not. To not see it would have had us lingering on the character’s choices and how he really believed in his cause. Thankfully, this was not the ending we were given. We catch up with Agent Kallus on a Star Destroyer and he is on the mend. He encounters Admiral Konstantine, who gives the Agent little regard or thought. Kallus then returns to his quarters, which are sparse and cold looking. He is alone, now more than ever, because for a brief moment he had someone care for him, an enemy.  That moment alone was more than his precious Empire was ever going to give him.

It will be interesting to see where this will take Agent Kallus. Who knows, we may have just seen a new spark for the Rebellion. [review]

Rebels Recon #2.16: Inside “The Honorable Ones” | Star Wars Rebels