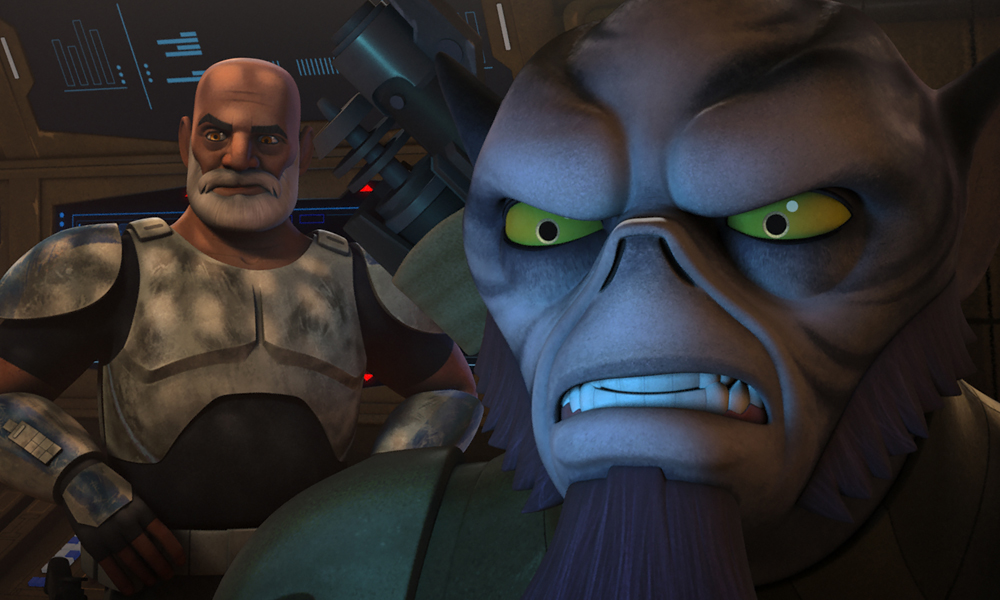 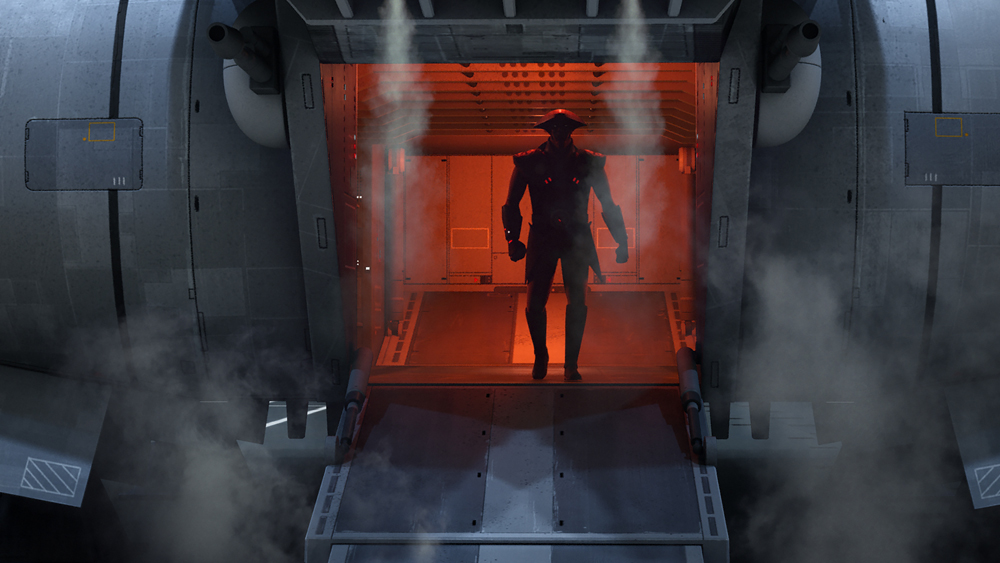 The Star Wars Saga, as a whole, is about mythology and storytelling. In those stories, there are beats that repeat time and time again. In our cynical world, we often lose site of this storytelling device, but, thankfully, the creative team behind this series has not.

“Relics of the Old Republic” literally picks up moments after we last left the crew of The Ghost and the Clone Commanders. The Empire was coming for all them and escape was not an option (see last week’s review). There is the battle between the old guard, and the new, which is nothing short of incredible. However, this week it is a smaller moment that bears greater attention. It was the repeat of a beat. When Luke Skywalker (Mark Hamill)  is making his Death Star trench run, he is told by his master to have faith in himself and use the force. That beat repeated in this episode when Kanan (Freddie Prinze Jr.) asks Ezra (Taylor Gray) to have faith in himself. It is a great lesson and one that should always be repeated.

Faith and trust were key elements in this episode. Outside of Ezra finding those attributes within himself, Kanan had to put his trust in Captain Rex (Dee Bradley Baker). He realized that his problems with clones weren’t the issue here. He couldn’t let these men die in a hopeless battle. Yet, if you were a fan of the clone troopers, especially Captain Rex, did you think he wasn’t going to come out on top? No, me neither. It was satisfying to see Kanan’s distaste for the clones grow into a respect and trust (for these three, at least). We’ve haven’t had much character development this season (it has only been 3 episodes), but this is a great small step in Kanan trusting those that can help his cause. Remember, even Han Solo (Harrison Ford) had to put his trust and faith into something larger and be more than who he was. See? Beats repeating.

It would be a crime not to mention Kevin Kiner’s incredible score for this episode. Kiner takes his cues from John Williams for the series and he has never been more on point. There were great cues from “The Battle of Yavin”, “The Battle of Hoth” and, dare I say, “Belly of the Steel Beast” from Indiana Jones and the Last Crusade? These are not direct tracks laid out, mind you, just hints of music that supply the pitch and flair from moments we remember. Beats if you will, beats repeating.

This story of Star Wars Rebels also had the Fifth Brother (Phillip Anthony Rodriquez) enter into the fray this week. A new character joins the story, as well as several returning characters from Star Wars: The Clone Wars. Outside of the fact that this was the best episode to date for Rebels, I hope that the series doesn’t become “The Clone Wars: Part Deux”. Don’t get me wrong, I love that Captain Rex is back in the fight, but the first season of Rebels gave us an incredible cast of characters to know and fight beside. I just want them to take center stage again. [review]