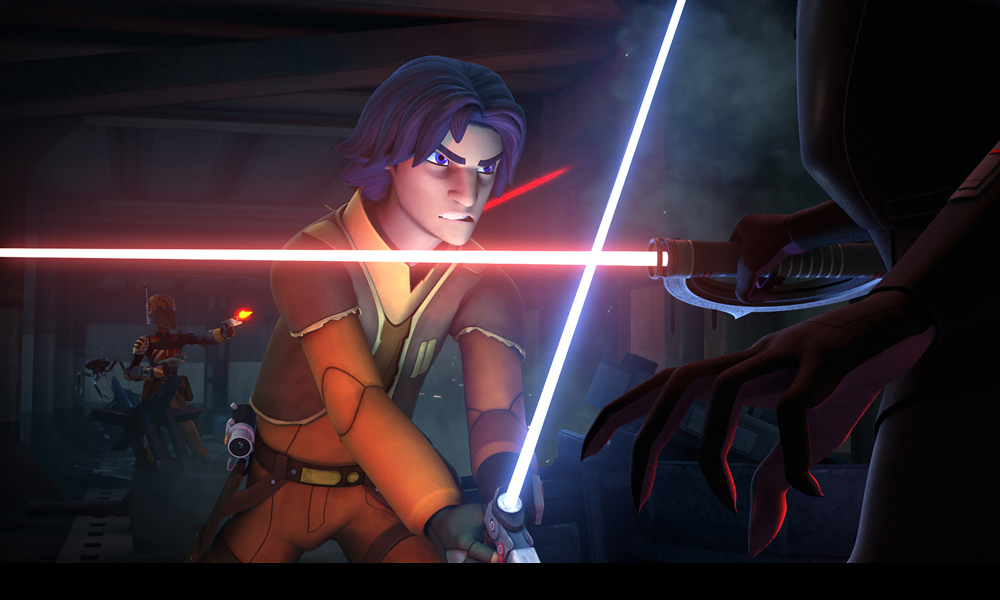 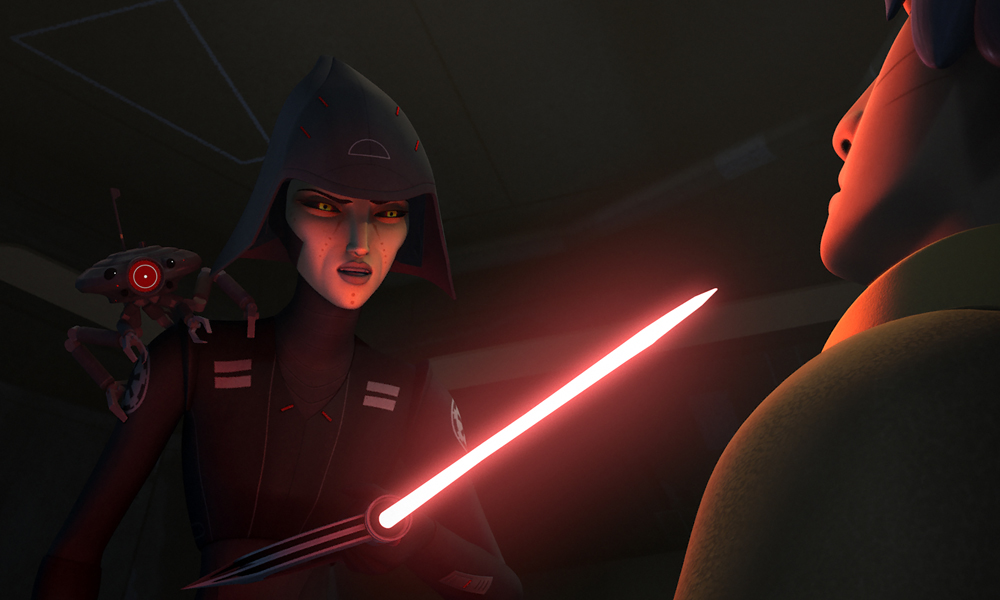 The Grand Inquisitor falling at the hands of Kanan (Freddie Prinze Jr.) left a hole open in the ranks of the Empire. It now appears as if two younger Inquisitors, The Seventh Sister (Sarah Michelle Gellar) and The Fifth Brother (Phillip Anthony Rodriquez), will try and fill that void. In an interesting twist to the Star Wars mythology, they aren’t all they are cracked up to be.

After bringing Captain Rex (Dee Bradley Baker) and his fellow Clones over to the side of the Rebellion, the crew of The Ghost is off on a new mission. Sabine (Tiya Sircar) and Zeb (Steven Blum) are to find an old medical station and retrieve the remnants of its supplies. After watching Captain Rex and Kanan get into another heated discussion about training Jedi techniques, Ezra (Taylor Gray) decides to go off on the mission too. For all intensive purposes, this should be an easy task. It is not like anything they expected.

Before I get into the heart of “Always Two There Are”, I have to mention Captain Rex and Kanan arguing over Jedi training techniques. It is an interesting turn of events to how Ezra can and might perceive the Jedi. Kanan never finished his training, yet was raised as a youngling and made it as far as Padawan. He has those experiences to go on and pass on that knowledge. Captain Rex spent years fighting along side General Anakin Skywalker and saw a fully trained Jedi Knight. Captain Rex knows the very best at what one Jedi can do. What effect will this have on Ezra? Which is the right path for Ezra to take in a time of war? The other question is how will Captain Rex react once he learns that Darth Vader is his former General?

The Star Wars mythology has always had dark side users be a menacing threat. Never has there been a novice of the dark side. The Seventh Sister and the Fifth Brother might be our first look at two eager to please dark side apprentices. I shall not call them Sith, as they are far from it. The rule states, always two there are, a master and an apprentice, no more, no less. As this story unfolds we may think that Zeb, Chopper, Sabine, and Ezra are out matched, but their advantage lays in their ability to work together. These Inquisitors are out for personally glory. One is interested in the “kill”. The other is out for the bigger prize, Ahsoka Tano.

This was an incredible treat to have just days before Halloween. There haven’t been many holiday episodes in the Star Wars cannon. Fans of the Star Wars mythology know that is a road better not traveled. This episode, a mere three days from Halloween, had a creepy setting and introduced two new villains. One of which had several mini-probe droids as pets. Again, the Star Wars Rebels creative team supplied a fun adventure, a great lesson, and above all kept the story of our characters moving along. [review]

Rebels Recon #2.04: Inside “Always Two There Are” | Star Wars Rebels