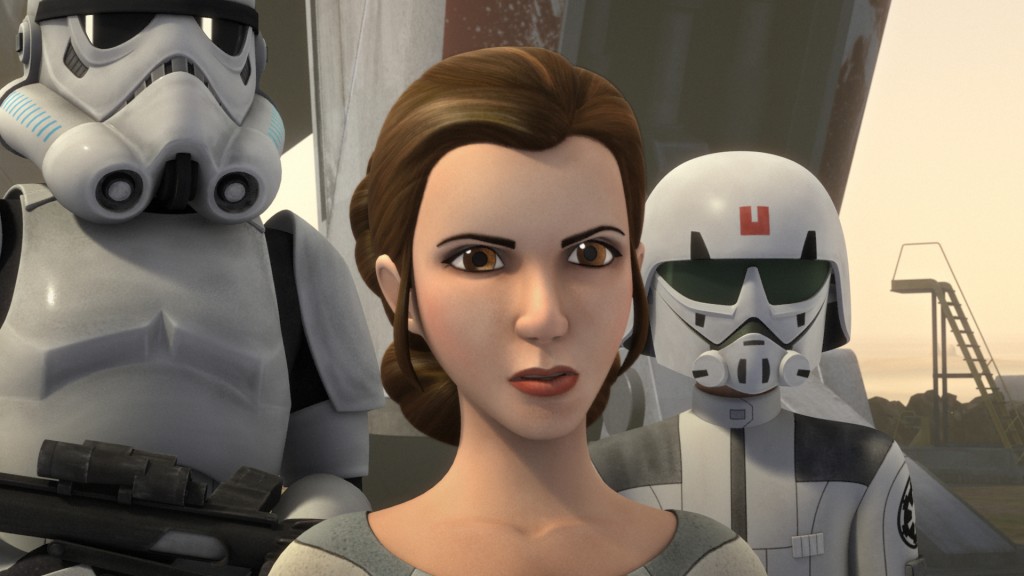 It was only a matter of time before one of our trio of heroes from Star Wars: A New Hope appeared on Rebels. Star Wars fans will be thrilled to learn that Princess Leia will appear n “A Princess on Lothal” when the series returns, January 20th. Check out the images and clip below for more details.

Press Release: An aide to Bail Organa (Princess Leia Organa) is sent to Lothal with ships for the rebel fleet, but an Imperial lockdown forces the rebels to create a new plan to steal the vehicles.

Taking place three years before the events of A New Hope, Leia is introduced as a young leader on her way to becoming the strong, more resolute character portrayed in the original trilogy.

“One of the complex challenges of depicting Leia in ‘Star Wars Rebels’ is that we have to remind the audience that she is part of the Empire at this point,” says Executive Producer / Supervising Director Dave Filoni. “She doesn’t believe in the Empire, but she is acting the part, almost as a double agent. The Empire sees her as a privileged princess who runs mercy missions to wayward worlds, but in truth she is much stronger and more dangerous than they imagine.”

Appearing in her only episode of the season, the young Princess Leia is voiced by Julie Dolan, who also lent her vocal talents to the Rebel leader featured in Disney’s Star Tours attraction. Her character’s appearance in “Star Wars Rebels” portrays the beginnings of the seasoned general we meet again in The Force Awakens, her royal heritage all but eclipsed by her hard-won military stature.

“There really is no other character quite like her,” says Filoni. “And to quote The Force Awakens’ Lor San Tekka, ‘She’ll always be royalty to me.’” 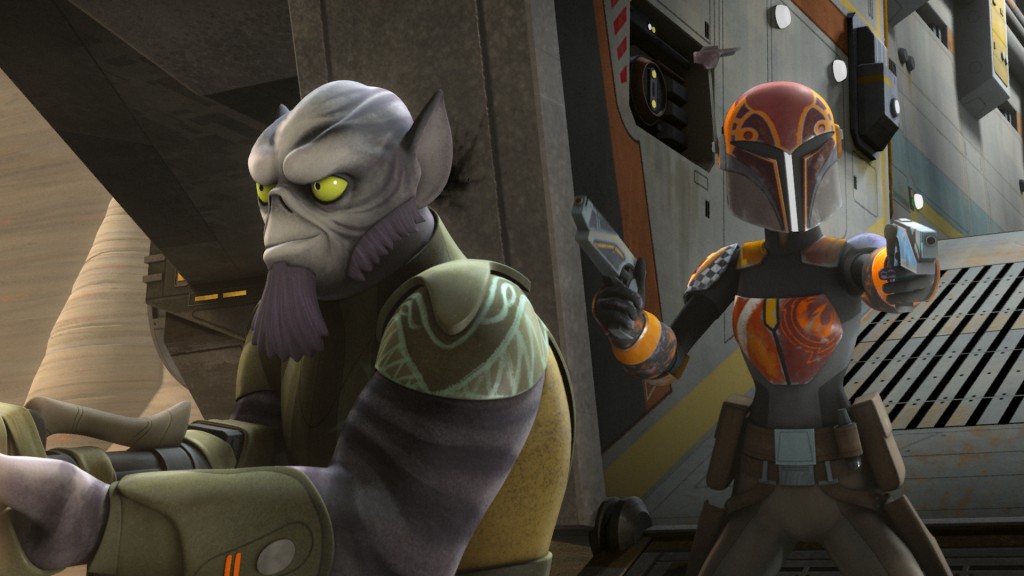 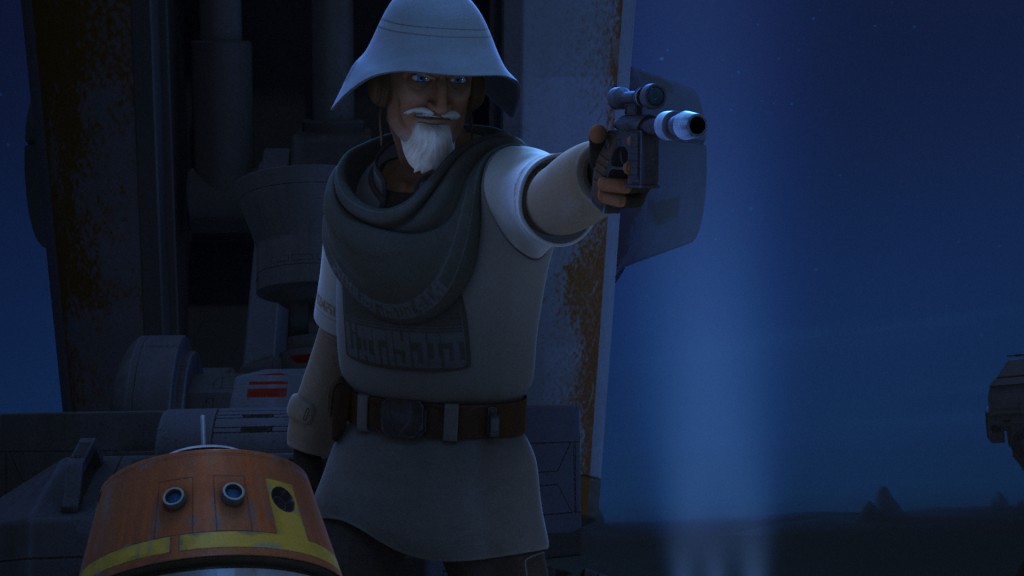 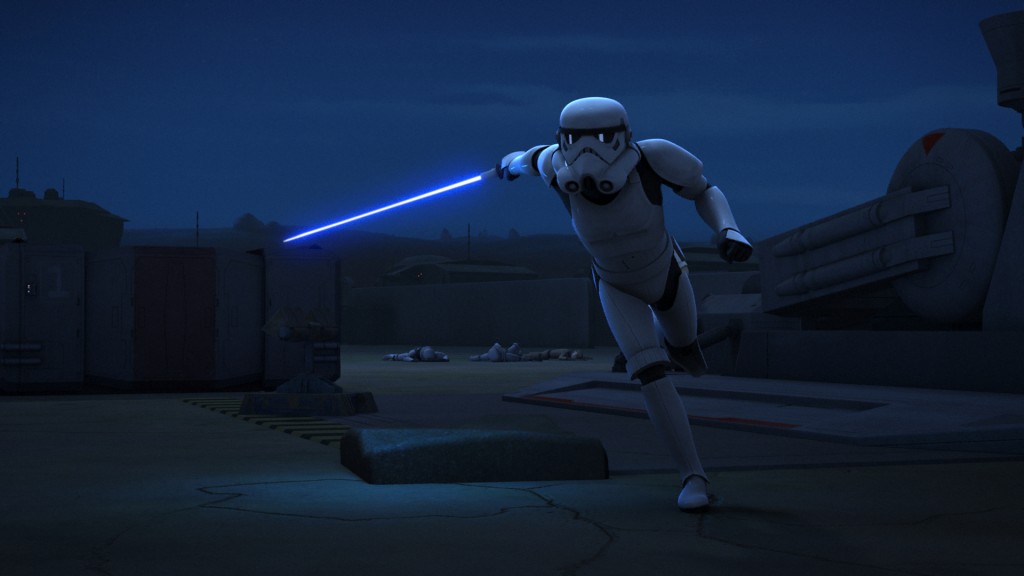 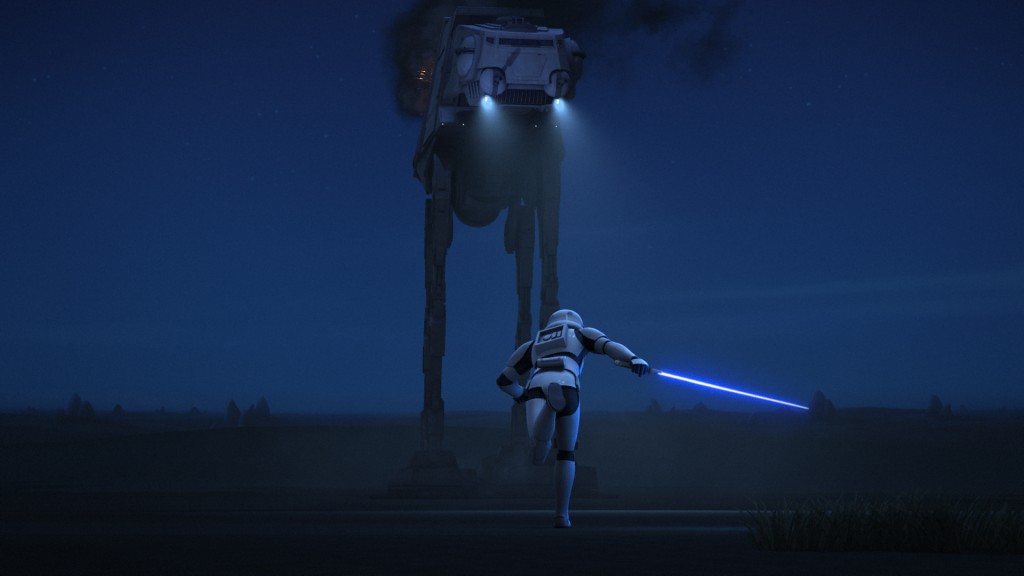