Star Trek The Next Generation: Through the Mirror #1 review 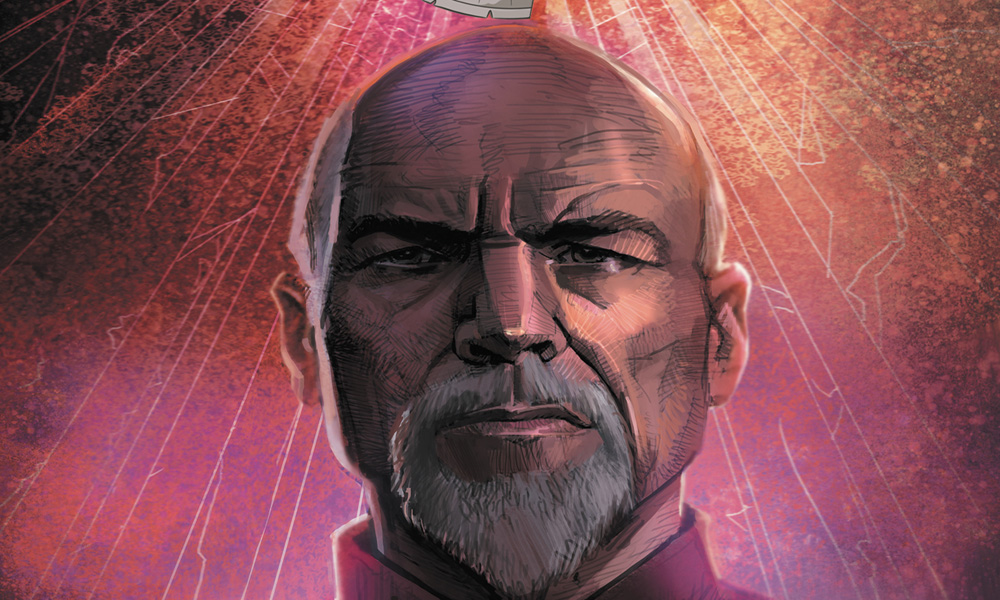 Written by: David and Scott Tipton
Art by: Marcus To
Published by: IDW Publishing

Supposedly released as the first of five weekly instalments “because you demanded it”, this opening instalment to 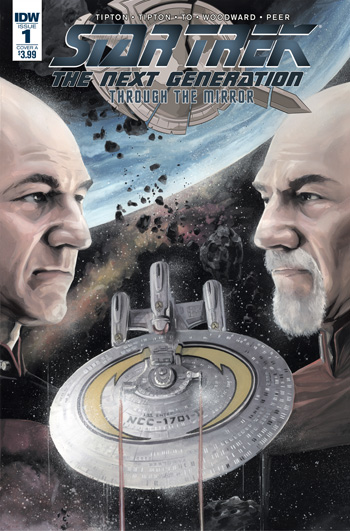 “the smash hit mini-series Mirror Broken” rather firmly fixes its attention upon the exploits of Commander Worf, as opposed to the rest of the U.S.S. Enterprise-D’s bridge crew. Indeed, apart from a handful of panels spent exploring the Starfleet Mining Facility on Naia IV, this entire sixteen-page periodical meticulously follows in the Klingon officer’s heavy footsteps.

Fortunately however, even those readers disinterested in the specific exploits of the “son of Mogh”, should still find David and Scott Tipton’s story-telling technique rather interesting, as it arguably works rather well as a plot-device to gradually inform the comic’s audience as to how the Federation staff’s investigation into a string of missing pieces of equipment is progressing. Admittedly, the Head of Security for the Galaxy-class starship was by necessity always going to be the one to spot the Mirror Universe’s doppelganger within their midst, but that doesn’t stop his subsequent fire-fight against a goatee-bearded Lieutenant Jones to be any less pulse-pounding.

In fact, Worf’s phaser exchange with the thieving technician deep inside the atmospherically dark Computer Labs is scintillating stuff, especially when Marcus To dynamically pencils the Klingon’s crew-mates, Reese and Hana, joining the ferocious fray and unsuccessfully attempt to corner their target with a flurry of laser fire. Angry, frustrated, his lavender-colored blood clearly up, one can almost hear the Commander’s foul, warrior-based oaths being muttered beneath his breath as he leads Captain Ochoa and Lieutenant Amato headlong through the station’s arboretum and straight into a trap staged by a hidden alternative version of William Riker and seriously evil-looking Geordi La Forge; “The only place he could be heading in this wing of the complex is your transporter room…. Phasers ready. There he is! Don’t let him get away! Grrrr…”

Just as mesmerizing is the comic book writing team’s “back-up” tale, “Ripe For Plunder”, which besides being beautifully painted by American artist J.K. Woodward, also provides plenty of potential insight into just what caused the Mirror Universe crew to “find their way” to the Prime plane of existence once again. Ultimately settling upon Jean-Luc Picard’s concerns as to Emperor Spock’s whereabouts, this four-pager explores just how bad things have gotten for the “cruel” Terran Empire since the Cardassians “destroyed… several key resource installations and mining colonies” and intriguingly ends with the starship captain dispatching the barbaric realm’s Data in his yacht to “seek out other sources of information” on the former I.S.S. Enterprise’s half-Vulcan first officer.