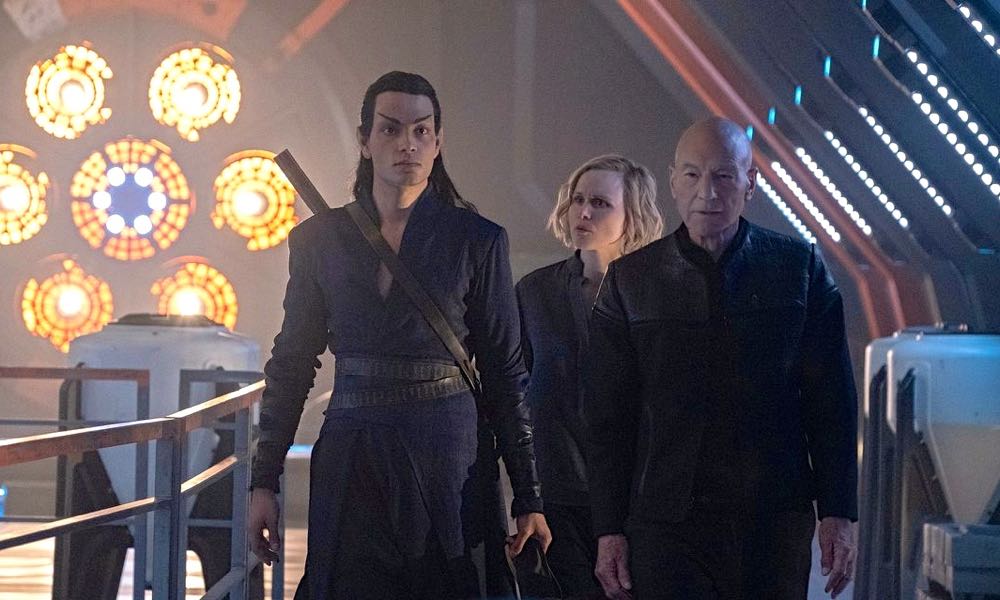 Some new images along with a new trailer were part of the cornucopia of the genre delights provided for fans at this weekend’s NYCC celebration.

The trailer starts out revisiting the past and presents with some familiar faces and Picard’s dog Number One followed by a segue into what appears to be the series main narrative. The show’s premiere season, which will last 10 episodes, seems to involve Picard getting pulled back into the Federation after a stranger wanders onto his property. While he’s being ostracized by Starfleet’s top brass, the former Captain of the Enterprise takes it upon himself to right the wrongs of the past to help once again to save the universe.

The trailer also implies the new show shakes things up with some new ships, including the Romulan Warbirds.

One thought on “Star Trek: Picard (2020): Another New Trailer Is Here”