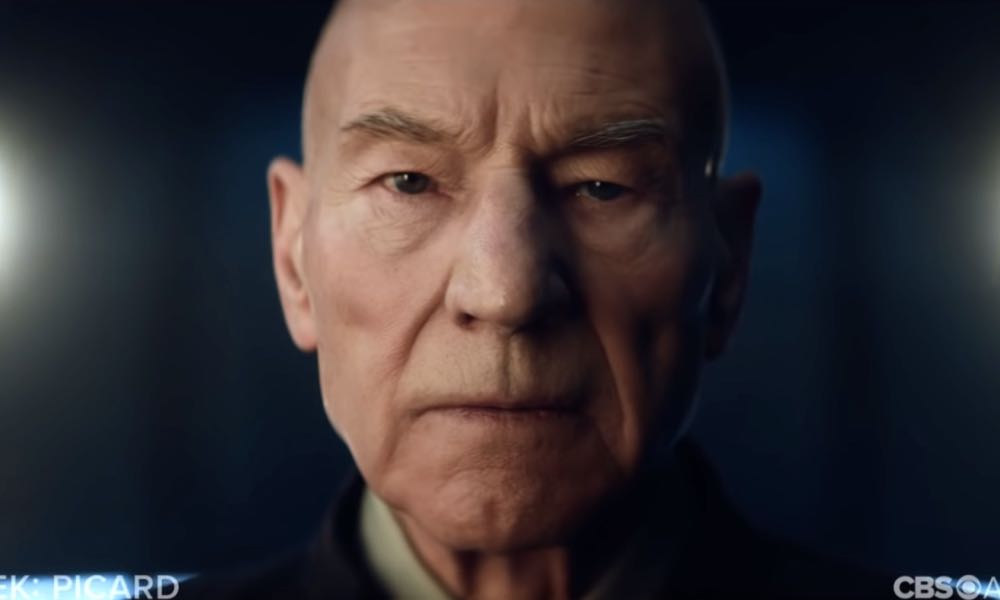 Amidst the craziness and multiple bids for our attention by the studios at this year’s SDCC the first traileer for the new CBS series Star Trek: Picard is here, along with some exciting casting news.

The new series will have Stewart reprise the iconic role of Capt. Jean-Luc Picard after he retires as a Fedreation starship captain. Stewart played Picard for seven seasons on Star Trek: The Next Generation in addition to appearing in four Star Trek films.

During the series premiere trailer presentation, the exciting news many of Stewart’s former co-stars including Brent Spiner, Jonathan Frakes, Marina Sirtis, and Jeri Ryan would reprising their roles from Next Generation (and Voyager in Ryan’s case). Jonathan Del Arco will also appear, likely reprising his role as the Borg Hugh from Next Generation.

Star Trek: Picard is expeted to arrive in early 2020.