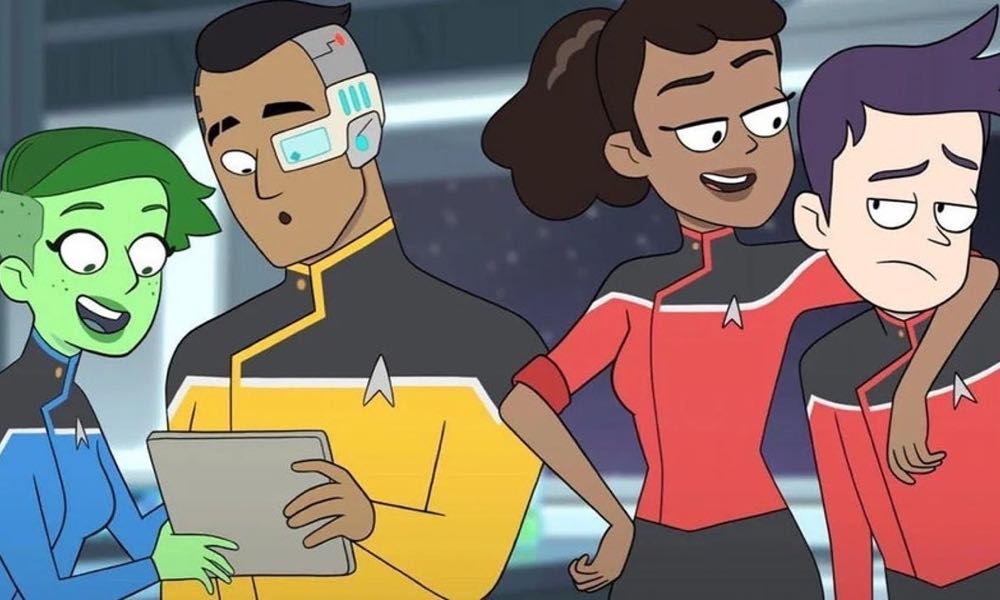 As most fans know by now, CBS has finally realized the value of the Trek franchise. It holds the property rights to Star Trek and has big plans to expand the Trek Universe. What you may not know is, the next production CBS has plans to reveal is not Star Trek Discovery season 3 or Star Trek Picard season 2. Instead, there’s an excellent chance that CBS All Access’s next trip into the Final Frontier will be the new animated series, Star Trek: Lower Decks.

Lower Decks is an upcoming animated series set in the Star Trek universe. The tone of the series is light and comedic. It will follow the adventures of junior Starfleet officers on the starship USS Cerritos. Though billed as a comedy, showrunner Mike McMahan insists it will nonetheless tackle real science fiction stories.

The showrunner elaborated in a recent interview, saying: “We have all the problems that a regular Star Trek show would have, which is don’t do any episodes that they’ve already done across the series in the movies. And on top of that, you don’t want to do a separate episode that happens to accidentally be similar to a Stargate Atlantis episode or to a Farscape episode. So we’ve got all of that, trying to make sure that what we’re doing is new and interesting and fits in the canon. But then also, you know, the comedic, emotional stories. There’s [no character] who’s dumb on Lower Decks, and there’s nobody who’s mean.”

The title of the show gets taken from an episode of Star Trek: The Next Generation called “Lower Decks.” (TNG Season 7, Episode 15.) It focused specifically on the lives of four junior officers on board the USS Enterprise, and how they perceived the “main” characters of the series differently. The episode was not one of the “funny ones,” but it did have a few light moments. Star Trek: Lower Decks is inspired by the basic premise, but instead of one episode about the junior officers of a starship, this will be an entire series told from that point-of-view.

Star Trek: Lower Decks takes place in the year 2380. This is one year after Star Trek: Nemesis, and roughly five years before the “flashbacks” in Star Trek: Picard. Or, put simply, the Synth Attack on Mars is in the future of Lower Decks. As showrunner Mike McMahan has made clear: this is a version of the Federation in which Voyager has returned from the Delta Quadrant. This makes Lower Decks a sequel to The Next Generation, Deep Space Nine, Voyager, and the film Star Trek: Nemesis. It also makes it a prequel to Picard.

Right now, we don’t know how many episodes will be in Season 1, but apparently, Season 2 has already been greenlit, too. The episodes are expected to be about 30 minutes long.