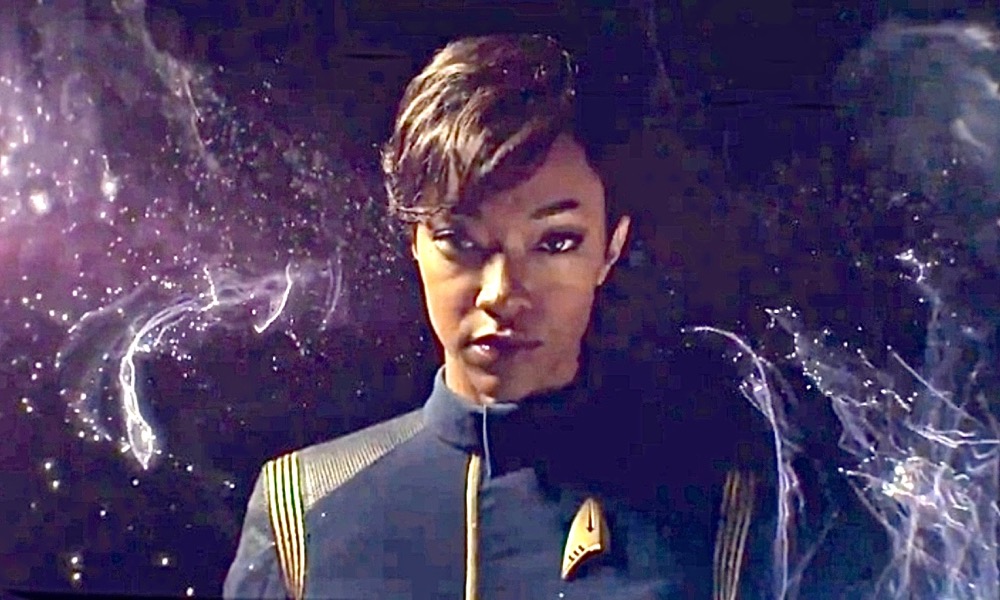 What is a hero? Is it simply someone who just happens to be in the right place at the right time? Maybe, but there’s more to it than that, It’s a unique blend of ingredients that add up to having the right skills and doing the right thing when it matters most even when everyone else is opposed. It’s sometimes someone who is willing to go against the rules when that’s what it takes to stand up for what’s right, someone stubborn enough with the will to risk everything to do a job that needs to be done in a certain way to make things right.

Over the last few weeks, we have witnessed the construction of a hero, we have been made familiar with her background and her flaws and watched her go from being an infamous pariah to becoming a legend. That’s right, Burnham is unlike any character created for Star Trek before and is well on the way to becoming a legendary figure, she has proven she is made of the stuff of heroes several times over already, and it has been an entertaining, fun and enjoyable experience being taken along for the ride.

Burnham is a new brand of Star Trek hero, not only does he have the Vulcan upbringing to equal the abilities of a Spock she also has the adventurous swashbuckler abilities of a Kirk, going on away missions and innovating ways to make them work until she can see them through.  With everything she has accomplished, it’s almost easy to forget she’s also a scientist who helped create the Spore Drive. Going toe to toe with Kol took balls, and she did it for the right reasons, to save the mission and make it a success. Burnham has all the qualities to qualify her as a wunderkind and uber Starfleet officer while remaining humble and never seeming to have any issues regarding her ego or keeping it in check. Burnham is the badass bomb.

It may seem trite to say the fall finale of Star Trek Discovery was epic but epic is what it was. Several of the things Burham accomplished in tonight’s episode was mythic. The series has been an enjoyable journey, one I thought might run out of ideas because it developed so quickly, and never seemed to be holding anything back. I am beginning to understand how we have only seen the tip of the proverbial oversized ice cube, and all that has passed has been a setup for what will follow.

I have to commend the writing staff of this series for doing such remarkably good work and telling such delightful stories that never left me disappointed or bored. Thanks, folks, you are doing an excellent job. 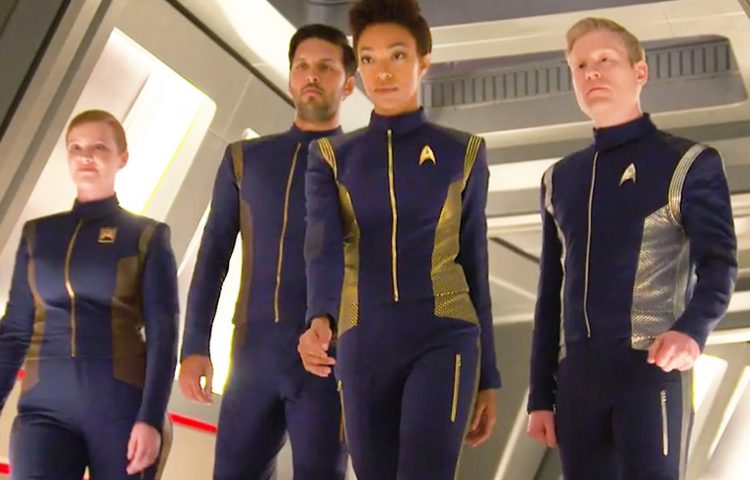 Discovery is ordered to return to Starbase 46 and away from Pahvo by Starfleet Command, but Lorca being the Captain that he is, starts out as if following orders (for once)  at warp speed but not using the Spore Drive playing for time. Stamets offers to use the drive for one last jump because of how it’s affecting him, but Lorca has other plans. He wants to solve the puzzle of the Klingon cloaking device which Saru and the others have surmised creates a massive gravity field that bends even light around it. The possibility of finding a way to detect it depends on placing some sensors on a Klingon ship so any ship utilizing the cloak can be analyzed helping develop an algorithm that would allow Federation ships to detect it. The plan includes Stamets using the drive for multiple mini-jumps. It’s implicit this could kill him at any time, and I found myself saying out loud to my television ” Don’t kill Stamets, you jerks” Yes, I get a little invested in my TV shows.

Tyler is assigned to carry out the away mission, and Burnham insists on going too and finally convinces Lorca it’s a good idea. Once on the Klingon ship, Burnham detects the life sign of Admiral Cornwell who as I suspected is not dead because L’Rell only faked her death. When Tyler sees L’Rell, he is instantly disabled and goes into a PTSD-like state of shock. L’Rell has some sort of control over him from when she had him as a prisoner and boy toy for all the years he was held captive. She has a super Pavlovian spell on him. There is a collage of them doing the deed. Ewwww.

Conveniently, the first detector goes where they find Cornwell and L’Rell, but the other goes on the bridge. Leaving the others behind after awakening the Admiral, Burnham goes to plant the other sensor and succeeds, but the Klingons discover something is going on and begin searching the ship. So, to create a distraction and buy some time for the plan to work Burham exposes herself and confronts Kol challenging him to combat. He accepts, and while he is distracted, the sensors allow Saru and the others on board Discovery to develop an algorithm that will enable them to detect cloaked ships. Burnham survives her fight with Kol and escapes when they beam her out.

Kol cloaks his ship but the algorithm allows Discovery to see it and they destroy it killing Kol and his crew. It looks as if the mission and resulting algorithm will change the course of the war. Starfleet offers Lorca a medal, but he tells them to give it to Stamets. L’Rell escapes the Klingon ship and gets taken prisoner onboard Discovery. Tyler is shown waking in the middle of the night and visiting her in her cell. He is under her control somehow, and she tells him soon which seems to spell trouble for the others shortly. Cornwell is given medical treatment and will survive her ordeal. Everything seems fine until Stamets tries one more Spore Drive jump and it turns out to be one too many. He collapses, and the jump is interrupted midway through resulting in the ship ending up in an unknown location. It occurred to me that maybe they traveled through time somehow, (I hope not, that never seems to work out well)

On that note, the fall finale ends. The show returns January 7th of next year which is when we will find out what happens next. Bastards

It was a great episode chock full of some great action, adventurous moments, developments, and revelations. I see so many remarks from fans about this show that makes me wonder why they can’t just relax and enjoy the ride. Personally, I am enjoying the hell out of it and think its great. Long live Star Trek Discovery.