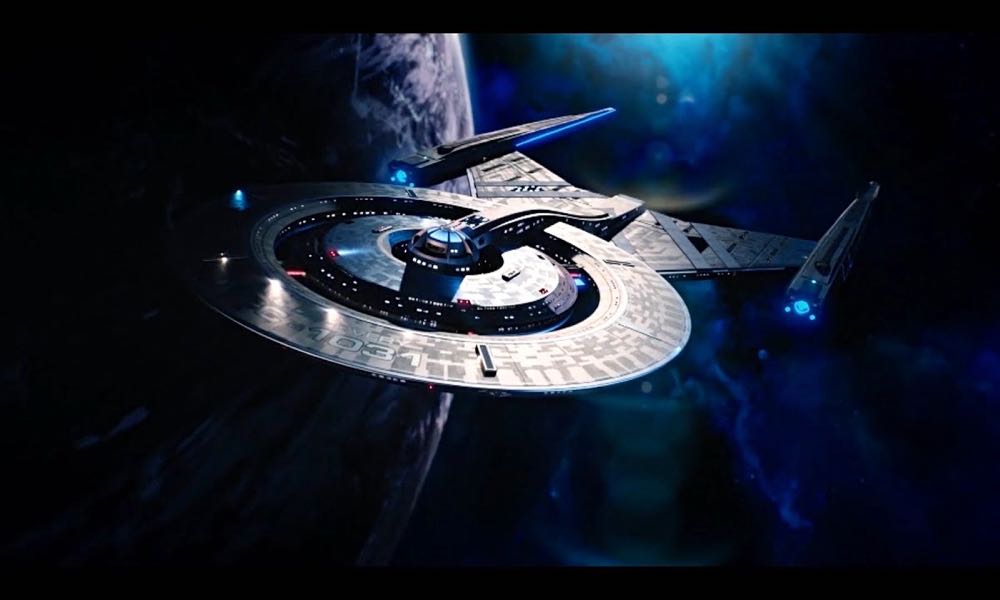 This week’s episode, Lethe, focuses on the Vulcan connection and more specifically on the relationship between Burnham and her adoptive father, Sarek. It also included our first look at Sarek’s human wife, Amanda.

I would like to take a moment to express my appreciation of the show’s visual aspects. This episode featured a delightful look at the Vulcan homeworld with a scene that featured the arrival and subsequent departure of very nicely styled Vulcan ship. The scene featured a color palette and other things that reminded me a lot Star Wars. It was nice to see that the quality of scenes like this on TV are finally catching up with the work done on a major movie franchise like the one about that galaxy far away.

Lethe was a great episode with lots of revelations regarding several aspects of the universe this Trek takes place in while including new information about its characters. Telling a story full of exposition that doesn’t seem that way because it never falters in remaining enjoyably entertaining is a feat worthy of note and deserves appreciation.

Lethe begins with a scene depicting Vulcan and Sarek preparing for departure for a peace summit with the Klingons in an attempt to find a peaceful solution to the war. Before long, after their departure, however, he discovers his fellow passenger has other plans. This other person injects himself with a substance that somehow begins to turn him into a living bomb. As he begins to approach critical mass (depicted by his body starting to glow red and orange as if he is burning inside), he begins to lecture Sarek about preserving the purity of Vulcan’s logical ideology.  The Vulcan equivalent of a white supremacist Sarke starts to raise a force field to protect himself, and we are left to wonder what happens as the scene shifts to Discovery. 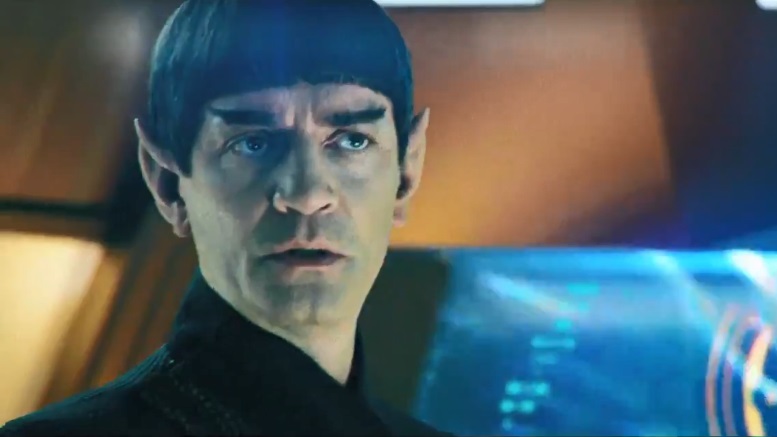 It’s interesting that Discovery, like its predecessor  Enterprise, has chosen to chip away at the idea of the Vulcans as the embodiment of attaining reasonable perfection and without any problems. I thoroughly enjoyed how Enterprise tuned the whole Vulcan thing on its head. This episode goes a long way to upset that apple cart again and shows that the Vulcans are far closer to being more human than they would ever admit. Having a group of suicide-bombing zealots in their midst implies severe discord on Vulcan exists and is only one sign that things are not what they may seem to the casual observer of life on the planet of the pointy-eared aliens. The show goes on to reveal Sarek himself is far more emotional in his decisions than might be suspected and that he may be the source of problems in his relationship with Burnham.

Meanwhile, we join Tyler and Lorca apparently on a mission on board a Klingon ship, shooting enemy combatants as soon as they appear. It turns out to be a holographic simulation in an early version of the holodeck on the Discovery. It’s another reminder apparently of what a badass the new guy Tyler is because when they compare scores, he has outshot Lorca by about 25%. Lorca implies that Tyler might be just the guy to replace his head of security.

We join Tilly and Burnham out for a jog on Discovery through the corridors of the ship. They are wearing T-shirts that have the word DISCO on them, short for Discovery, very amusing. It seems both women are taking their respective roles of mentor and student seriously. The plump redhead is earnest in her goal of self-improvement, she is obviously meant to be the heart of the series by being so warm, open, and friendly. Her apparent efforts to take Burnham’s advice to heart is cause for one of the few times Burnham smiles. Soon after, we join them in the ship’s cafeteria where they are seen ordering lunch. After a couple of corrections by her mentor, Tilly ends up with an ample tray of food supplied by what appears to be an early version of a food replicator that announces each item it serves along with a brief description of its nutritional benefits. It’s somewhat surprising to see a food replicator so early in the Trek ‘verse and the way the food looked seemed as if it might be even more sophisticated than later models on Star Trek TNG.  There are still things we need to learn about Discovery’s take on the technology available ten years before the original series.

Tilly spots the new guy Ashe Tyler having lunch and sits at the table uninvited and starts gabbing away as she is prone to do and he meets Burnham for the first time. As they shake hands, Burnham begins showing signs of some distress which quickly escalates into some sort of seizure. Burnham experiences the feeling of being transported somewhere else and starts hearing the voice of Sarek while seeing images of him bleeding on the floor before blacking out. She wakes up in sickbay, Lorca is there, and she tells him Sarek is in trouble and needs their help. Explanations follow about how Burnham and Sarek are connected psychically.

Lorca contacts Starfleet and explains the situation which it turns out they are already aware of and are considering what response if any they should take, Lorca, is not satisfied with that answer and takes it upon himself to launch a rescue mission on his own defying orders to do nothing. The next stop is Stamets to see if some technology can be devised to amplify Burnham’s connection with Sarek. Stamets response is amusing; he uses the word groovy to describe what they want him to create. He almost seems as if might be high on psychedelics and starts talking about universal connectivity. Stamets is getting more likable all the time. So the mission launches with Burnham and Tilly along for support and Tyler as the pilot.

Meanwhile, Admiral Cornwell arrives on Discovery because Lorca has defied orders one time too many and since Discovery is so essential as the most advanced ship in the fleet it’s becoming questionable whether Lorca should be in command. They talk, and their conversation quickly becomes more casual. It becomes apparent these two have a history together of another sort outside Starfleet, and their discussion segues into physical intimacy. It all comes crashing down when Lorca wakes up behaving like a psycho armed with a blaster he sleeps with that the Admiral realizes his state of mind is too unstable to trust with the most advanced ship in the fleet. She leaves in place of Sarek for the peace conference warning Lorca his time as commander of the Discovery is at an end and arrangements to replace him will begin when she returns.

The headset Stamets creates works, of course, and when Burham enters Sarek’s psyche, his dream-self sees her and violently tells her to leave. She returns determined to help him. They can’t locate his ship adrift in a nebula because the ship’s transponder is not activated, and Burnham needs to wake him up long enough to turn it on. Thir next encounter he attempts to eject her forcibly again, and they engage in a bout of Vulcan martial arts that bears a strong resemblance to WIng Chun. Eventually, its revealed Burnham graduated at the top of her class on Vulcan, but when Sarek was forced to choose between her and Spock to join the Vulcan Expeditionary Force, he chose Spock who entered Star Fleet instead, and Sarek still feels guilty about his decision.

The show ends with the Admiral’s arrival at the peace talks which immediately gets revealed as a trap set up by Kol, who it turns out has not only survived being left stranded has thrived since then. Kol apparently has no interest in peace.