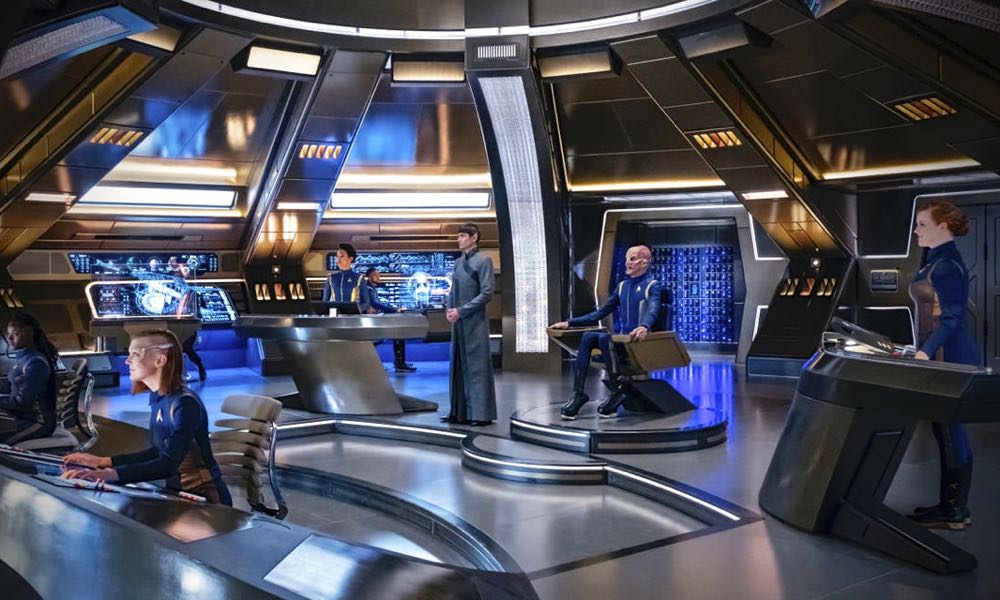 It seems like forever since the end of Star Trek Discovery’s second season, and news regarding what’s next for the excellent series has not been precisely readily available. It hasn’t even been clear if there would be a third season for some time. We are now satisfied the excellent series will continue. The end of season two saw the Discovery crew disappearing through a wormhole to save the galaxy from a time-traveling rogue AI. Also, as an added precaution, Spock (Ethan Peck) convincing the Federation to essentially wipe their existence from memory, leaving plenty us with lots of questions that need answering when the CBS All Access series returns for Season 3.

Although we don’t yet have a specific premiere date, showrunner Alex Kurtzman announced via Twitter that the new season was “on its way.” Wilson Cruz previously suggested that Season 3 might get delayed amid the coronavirus outbreak. However, a new promo accompanying Kurtzman’s tweet again promised that new episodes are “coming soon. Discovery wrapped filming on Feb. 25, several weeks before more than 100 shows halted production due to the coronavirus pandemic.

as fr the series narrative, the new season beams to the future where the adventure continues. After the events of the Season 2 finale, in which the Discovery crew disappeared through a wormhole, Season 3 finds them transported 930 years into the future and among a highly advanced but troubled society in dire need of their help.

The series cast regulars return. Stars Sonequa Martin-Green, Doug Jones, Mary Wiseman, Anthony Rapp, and Wilson Cruz are all slated to return, as will Michelle Yeoh’s Captain Georgiou. No word yet on whether we’ll also see Anson Mount’s Captain Pike or Ethan Peck’s Spock again, but Peck previously told TV Guide that he’d like to come back as the beloved Vulcan. Both Peck and Mount reprised their roles in the Star Trek: Short Trek “Q&A” alongside Rebecca Romijn’s Number One. Rumors of a spin-off revolving around the crew of the pre-Kirk Enterprise are not yet based in fact.

The future of the Discovery crew remains unclear for now. Discovery may never return to the past. The show’s trek into the distant future is sure to be a game-changer not just for the crew, but the series as a whole. “I don’t know if, on Discovery, we have plans to return to the 23rd century,” Kurtzman said during New York Comic Con in October 2019.

Seasons 1 and 2 of Star Trek: Discovery are currently available to stream on CBS All Access.